Families of Holocaust survivors see historical parallels in the news

For Bay Area residents whose family members survived the Holocaust, the violence staged in the U.S. Capitol on Jan. 6 was personal, evoking intergenerational memories of unforgettable pain. Their takeaways were similar: They saw it coming. Hate has proliferated, despite efforts to disarm it. Truth has been a casualty.

And yes, “it” could happen again.

“For four years, people who are experts on authoritarianism and fascism have been warning us that this moment was coming,” said San Francisco journalist Dave Pell, whose mother, Eda, survived the war hidden in a French children’s home and whose late father, Joseph Pell, fought the Nazis as a teenage Polish partisan.

“So have people who have seen such political movements firsthand. Nothing about January’s events would have surprised my dad. They follow a familiar historical pattern: The leader creates a big lie, and that lie becomes the fuel for division, paranoia, fantasy and ultimately violence. In Europe before World War II, the big lie was that Jews ran the world and were responsible for all its ills. In 2020-21, the big lie was that Trump actually won the election and it was stolen from him.”

Bill Pomeranz, a San Francisco investment banker who has facilitated the funding of many local Jewish institutions, says that while he and his survivor family have lived well in the United States, he has “been drawn into fear incrementally.”

“If you talk to children of survivors, they have to sort of put it away. If you constantly think of the world as a dangerous place, you become paranoid, and can’t live a good American life. But what we are finding out about the insurrection in the Capitol is slowly bringing it back: The paranoia is not really paranoia, because what you fear is real.”

“As inheritors of [historical] trauma, we have a tendency to be vigilant. And we’ve been trying to call this out for a long time,” said Elizabeth Rosner, author of the 2017 book “Survivor Cafe: The Legacy of Trauma and the Labyrinth of Memory.” “But it gives me no satisfaction to say I told you so. I would much rather have been wrong.”

Hypervigilance is a well-studied characteristic of the children and grandchildren of survivors. “And not exclusively Jews — this includes Black Americans and other people who have lived through atrocities elsewhere in the world,” said the Berkeley author. “We know this is real. And what we carry is not just the victimization of the past,  but the ability to see its potential to happen again. It’s why we must always call out Nazi sympathizers. It cannot be ignored.”

Rosner spoke by phone from Schenectady, New York, where she has spent the last seven months of the pandemic with her father, a survivor of Buchenwald concentration camp.

“He knows the true nature of Nazi extremism,” Rosner said. “He lived through it. He sees what is happening here, though he will never say anyone is quite like Hitler. I told him about the T-shirt one of the insurrectionists in the Capitol was wearing that said 6MWE,” an acronym for “6 million weren’t enough.” “He just shook his head and could barely speak.”

In Rosner’s analysis, the common denominator of the various participants in the pro-Trump faction is white supremacy, the apparent chaos undergirded by a systematic intention to preserve white minority rule. And Jews, she said, are not considered white, in the supremacist lexicon.

“It’s not strictly or only an antisemitic movement. It’s anti-anyone-not-white. It’s hate.”

Oakland author and filmmaker Elizabeth Rynecki sees it in the hostile expressions of the insurrectionists, too, and finds it “terrifying.”

“The hate is profound. The fascist leanings and antisemitic sentiment and lack of respect for the Constitution are terrifying because they are precursors to…” But she didn’t quite finish.

Rynecki’s book “Chasing Portraits,” and later a documentary film, traced her search for the missing paintings of her great-grandfather, a famous Jewish portrait painter in Warsaw before the war. Rynecki’s father and grandparents survived the war in hiding, moving from place to place.

She said she is thinking about her family’s history now “in a much more pressing way.”

“I used to ask, why didn’t my family leave in 1939? Now I’m actually asking myself: I have a house, a business, like they did — where am I going to go? At 50 I have to start learning a new language?”

That thought pattern is familiar to Nancy Weil Price, regional president of the American Jewish Committee. Her parents, both German Jews, just barely escaped the Holocaust. Her father got on a boat to Cuba in 1939, and her mother made her way to Marseilles, where she lived a precarious existence in Vichy France.

“We were brought up with one foot in the country and one foot out,” Price said. “I was horrified by the events in the Capitol, but really what I was thinking was that it was a good thing my parents didn’t live to see it. I know without question that if they had, they would be buying property abroad and maybe moving there.”

But rather than leaving the country, Price is putting money into Holocaust education to sustain awareness of the history in the generations to come. She, her brother, Norm Weil, and sister, Nina Weil this past year created the Helen I. and Henry B. Weil Memorial Endowment at Jewish Family and Children’s Services, in honor of their parents. It will train third-generation speakers to step in for the survivors, of whom few now remain.

What we carry is not just the victimization of the past, but the ability to see its potential to happen again.

All of those interviewed for this story are pondering the shocking vitriol displayed in the Capitol, the threat of continuing unrest and violence — and the elusive remedies for what ails the nation.

“Where does that hate for others come from?” Rynecki asked. “And how do we undo it? We all live in our bubbles. We don’t know each other and it’s so easy to villainize the other.”

Pomeranz was personally stunned by the hatred because it was verboten in his Jewish home. His mother, who survived three years in Auschwitz, rests in his memory as “an incredibly pleasant, kind person,” he said, emotion cracking his voice.

“But she would say that if we ever used the word ‘hate,’ we would get slapped. She said you can out-talk, out-maneuver or out-negotiate someone if you must, but you cannot enter into a  relationship with hate.”

Emily Kane Miller, of San Jose, the grandchild of two early San Francisco Jewish families on one side and two survivors on the other, strongly agrees. A social impact investor and a lawyer by training, she says that while horrified by the viral photo of the “Camp Auschwitz” T-shirt worn by an insurrectionist, “my second reaction was that we have to make this a more perfect union  — for this guy. It increased my feeling that for all the work we’ve all done, we clearly have more to do, for every American.”

While admitting that it is a very challenging goal in the face of actions that were “morally, objectively wrong,” she said, “We have to keep trying. We have to focus on children, and education, which is the  cornerstone of democracy, to ensure that our public institutions remain a place of open-mindedness and curiosity.

“Let’s take a step back  and ask: How did these people get there? We can’t write off 70 million Americans who voted for Trump. We have to find a way to talk to each other and get to the fundamental things that all people need and want. That’s my resolve.”

But Pell concludes that accountability must precede reconciliation.

“As part of the sane faction of the United States, we have two pressing responsibilities. First, those who have incited violence, supported the lie, and enabled the mad man in the Oval Office must be held to account. If insurrection is not punished, there’s no point in having laws,” he said.

He, too, thinks that “we must find ways to reach out to the other side.” But he believes the goal must be “to spread truth and dampen lies. The truth is our most powerful weapon.”

“Whenever anyone said to my dad, ‘It can’t happen here,’ he responded, ‘Do you think when I was a kid we thought it could happen there?’” 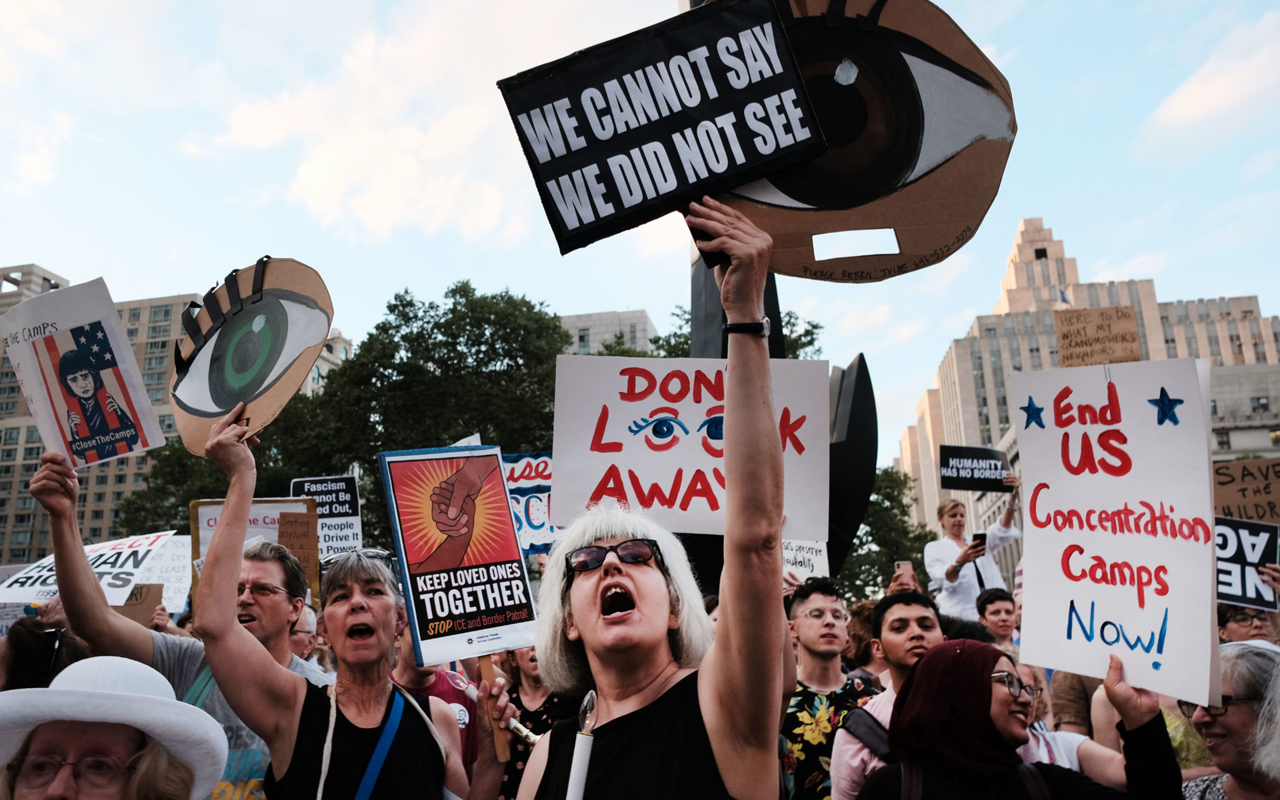 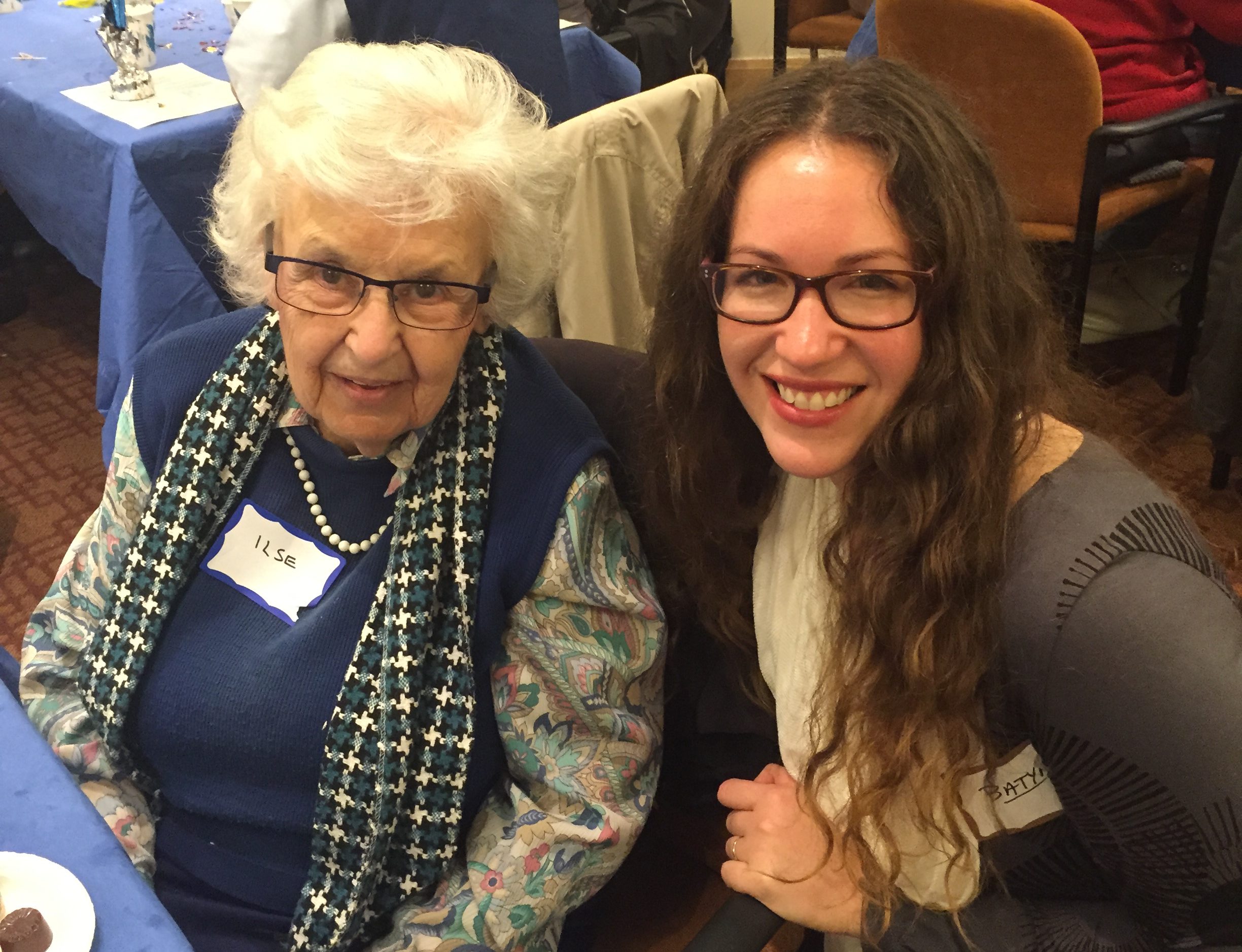