As young activists, we’re the change we want to see in the world

Youth activism is on the rise, and as students at the Jewish Community High School of the Bay in San Francisco, we wanted to join the movement.

Plus, with the divisiveness in society these days, discussing politics at school often can feel taboo. We wanted to change that, which is another reason we started the Young Activists Club — to create the changes we want to see in the world and to empower the youth in our community.

The club is a home base for political activists at JCHS that encourages youth to get involved in advocacy work. We want to do everything in our power to empower and inspire our peers to promote social justice. Even though we are young, we are the future. Our community, our country and our planet need us.

Prior to the pandemic, we held meetings, attended conferences, knocked on doors, spoke on panels and organized and attended protests. We partnered with organizations such as the League of Women Voters and Resistance Labs. Our goals have included getting young people registered to vote, getting out the vote, ending voter suppression, and inspiring and empowering youth to get politically engaged.

Covid-19 has not stopped us! While remote learning online often is lonely, our club meetings on Zoom actually give us energy, as it feels inspiring to be making a difference in the world.

In advance of last November’s election, our club began focusing on recruiting and training volunteers to text bank. Teens love to text, so it was easy to recruit students from JCHS and beyond. We used peer-to-peer texting to support progressive, grassroots activists, to recruit people to run for office, and to help those candidates win.

On Fridays, we would meet on Zoom to discuss current issues in the world. Having space to discuss injustice in the world was super motivating to do activist work. From there, we would spend time text banking together. The talking would continue during the texting — but we’d still send nearly 20,000 texts per meeting!

Technology makes it easier to reach mass quantities of people, and since Generation Z is so comfortable with technology, text banking was the perfect way for us to maximize our impact on the election. We’d inform them about voting, social issues and candidates fighting for progressive change —  and we encouraged them to vote.

It’s amazing how young people are so interconnected. On social media, you can post something and it can spread to 50,000 or 100,000 people within hours. And not only is it a great way to involve teens in activism, but it’s also a fun way to bond with our peers. Because of Zoom, we have been able to join forces with other young activists across the country.

In total, our club sent almost 1.5 million text messages to voters! And in some of the counties we focused on, some candidates won by only a couple of thousand votes — so it’s very possible that our texting tipped the scales.

Those involved have been inspired. Even though our members are minors, we can text bank and make a big impact! And youth have much more ability to make change than we realize, and the club is helping people under 18 see that. For anyone who feels they don’t have a voice because they cannot vote, know that voting is not the only way you can help to make an impact.

Another bonus is that, as Jewish teens, we integrate Jewish values into our work. As students in a Jewish high school, we’ve been taught to embody the concept of tikkun olam (repairing the world) and tzedek (justice). It is our obligation to repair any damage in this world, and this is the foundation of our club.

We also recognize our privilege and want to give back.

Many club members said they’ve been inspired by Vice President Kamala Harris; a couple of them even got to meet her a few years ago. Harris looked them both in the eye and said, “You were born with a voice. Use it. Never ask permission to lead. Just do it.”

We plan to continue to use our voices to show youth they have the ability to make a tangible difference, and we hope to continue to encourage youth to get involved in advocacy and put pressure on the circles we are part of to create positive change.

To get involved or start a Young Activists Club at your school, contact [email protected]. 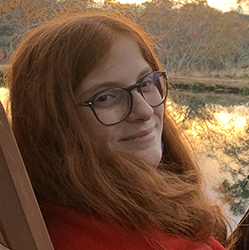 Zoe Skigen is a junior at the Jewish Community High School of the Bay, where they serve as class president and co-leader of the Young Activists Club. They belong to Habonim Dror and Tzedek and volunteer at the Campus for Jewish Living. 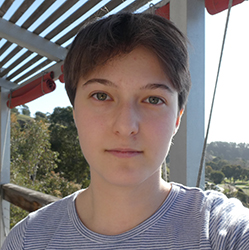 Lilliana Dodson is a junior at the Jewish Community High School of the Bay, where she co-leads the Young Activists Club. She is a member of Jewish Youth for Community Action and a community service leader through Jewish Family and Children’s Services.