This year for International Holocaust Remembrance Day, Adam Swig wanted to do something different.

The San Francisco philanthropist, known in large part for organizing giant Jewish-themed parties and fundraisers, had recently joined Clubhouse, a new, invitation-only app that allows users to talk (or just listen) in group conversations. Topics range from entrepreneurship to electronic music to coping with ADHD.

In December, Swig had a positive experience with the app, organizing an event called “Matzo Ball” in which attendees were asked which type of matzah ball they prefer: sinkers or floaters.

So when the Holocaust commemoration day came around on Jan. 27, Swig decided to use Clubhouse to highlight the voice of Sami Steigmann, a survivor who lives in New York City. Jewish rapper Kosha Dillz was included in the program, and Swig advertised it as “The First Holocaust Survivor on Clubhouse.”

The conversation turned out to be a major hit, as roughly 15,000 people joined the room over the course of more than a dozen hours, Swig said.

Steigmann shared his story and took questions for five hours, and after he left, the conversation about the Holocaust and Jewish history lasted another 11 hours (note: some Clubhouse sessions do go on and on, with one lasting seven days). Eric Weinstein, a financial manager and commentator who coined the term Intellectual Dark Web, joined in, and Clubhouse founder Paul Davison even stopped by.

An editor for the New York Times tweeted, “I’m in a Clubhouse room … where a young Jewish woman and her grandma, the survivor, are sharing stories and talking about Jewish history, and now I understand the app’s appeal … I’m literally crying in the club.”

“That night was wild,” Swig said. “That was a really big day for Jews on Clubhouse.”

Launched in April 2020, the S.F.-based app has seen a meteoric rise during the pandemic. Nine months ago it had a couple of thousand users, according to the New York Times, and today the app has some 6 million users by one estimate and is valued at $1 billion.

Jews have carved out their own niche spaces on the app. One night, for example, there were three Jewish Clubhouse rooms in action: one for finding a Passover date, one a discussion about the Israeli-Palestinian conflict and one titled “Being a badass Jew” (though its objective wasn’t exactly clear).

To join, a person needs to receive an invite from a friend who already is on the app. After creating a profile with likes and interests, the new member can join audio-only conversation rooms based on those interests. People who want to speak first need to “raise their hand” to get approval from a moderator.

“There’s something about the broadcast nature of it,” said Rabbi Zac Kamenetz, formerly of the JCC of San Francisco, who recently started hosting Clubhouse rooms to discuss the texts of Hasidic master Rebbe Nachman of Breslov. “People miss being in an audience. You can enjoy yourself. You’re there for the show. You’re there for the spectacle.”

In Kamenetz’s first room in early February, he led 100 or so people for a two-hour discussion on one of his pet topics, the intersection of Judaism and psychedelics. The weekly Rebbe Nachman room drew about a dozen people at its most recent gathering, and Kamenetz also is planning a discussion with Rabbi Shai Held, a theologian who has been on Newsweek’s list of the 50 most influential rabbis in America.

Part of Clubhouse’s popularity has been attributed to timing, with the pandemic forcing many people online. But while video platforms such as Zoom have flourished, users of Clubhouse say they like the fluidity of the audio-only platform. Being able to enter and exit rooms at will allows for better accessibility than something like Zoom, which requires getting a link from a host, showing one’s face in the room and other procedures.

“When it comes to showing your face all the time in videos, it’s not always the most comfortable,” said Shirah Ponce, who works at Chabad of Palo Alto and is using Clubhouse for a variety of Jewish needs, such as reviews of the weekly Torah portion and other lessons on the Torah. “That barrier of discomfort isn’t there” with Clubhouse.

One of the first rooms Ponce entered was for Jewish photographers. Topics included best practices when taking photos at Jewish weddings and how much to charge. Some of the attendees in the room, Ponce said, were successful Jewish photographers she had been following on Instagram and Facebook. But there they were, Ponce said, in a room where she was able to talk directly with them.

“I was absolutely fangirling the whole time,” Ponce said. “It’s like face to face, or voice to voice, with people who seem far away but are close.”

The platform also allows organizers to reach audiences they would otherwise not encounter.

For instance, Swig was used to reaching mainly Bay Area Jews, to be expected since he was hosting in-person events mostly in the Bay Area. But now he’s co-hosting a weekly Havdalah room on Clubhouse (with his friends Mikey Pauker and Jordan Frazes) that is drawing about 500 people.

“There were rabbis showing up from all around the world,” Swig said of the first one, which has been followed by six more. “Reform Jews, Black Jews, Latin Jews, every kind of Jew. And we’re all doing Havdalah together.” He also marveled at seeing something in the Havdalah room he’d never seen before: an Orthodox man on the same “stage” speaking alongside a woman.

Clubhouse’s reach is illustrated by the number of followers Swig has garnered. On his Facebook and Instagram pages, which he’s had for years, he has slightly more than 3,200 likes/followers. And on his Clubhouse account? He’s reached nearly 4,000 followers in just over two months.

“I think people are lonely,” Swig said. “Just to have conversations about learning, stuff you don’t know about, it’s just a wormhole. You can just listen. It’s real social media.”

That being said, the platform has had some issues with antisemitism.

In September, Tablet reported that one conversation “quickly devolved into a stream of common antisemitic tropes about Jewish money, economic and political domination, and the Holocaust.” And in a Jewish singles room on Feb. 17, a user got “on stage” and started rattling off conspiracies about Jewish billionaire investor George Soros. The hosts of the room quickly booted the troll out.

“The bigger [Clubhouse] gets, the scarier it gets,” said Swig, who worries that more antisemitism will creep onto the platform.

Swig said he doesn’t know what will happen to the Jewish spaces on Clubhouse after the pandemic. Will people go back to auditoriums and bars to listen to speakers and meet others? Or is it here to stay?

“The popularity came because of the pandemic,” Swig said. “I think it’ll still be a happening thing.”

What keeps him coming back to Clubhouse? 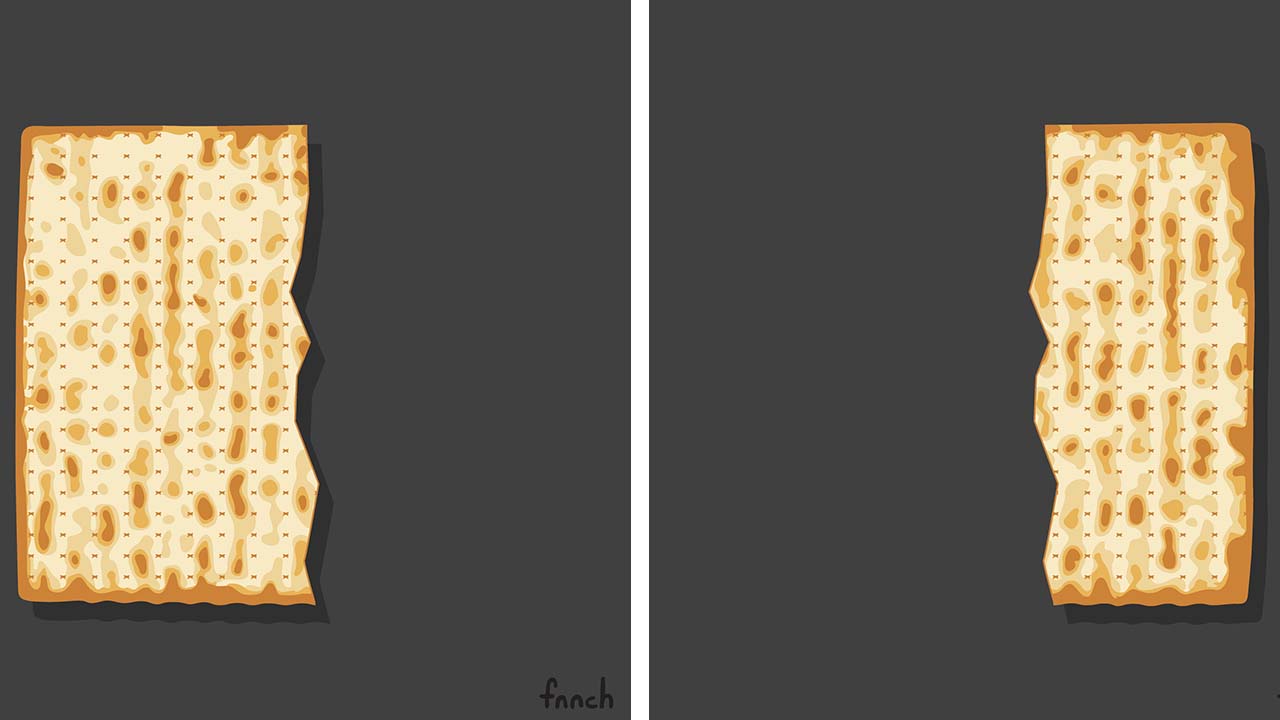