Want a haggadah with poetry? Or maybe you’d rather say, ‘Deal me in.’

It’s been a rough couple of years to publish new haggadahs. Last year, around the time people might have ordered new ones, it became clear that the pandemic would force most people to attend virtual seders, where a free online haggadah works well, or very small in-person seders, where the handful already lying around the house will do just fine.

And, of course, the situation is similar this year.

Undeterred, the Jews of the world have continued churning out new haggadahs.

Last year saw the publication of the “Haggadeck” (as much a haggadah as a deck of cards) by Taya Mâ Shere, a Berkeley-based co-founder of the Kohenet Hebrew Priestess Institute. And this year brings us “Mishkan HaSeder,” the latest Reform movement haggadah, which includes an original translation by Rabbi Janet Marder, recently retired from Congregation Beth Am in Los Altos Hills, and Rabbi Sheldon Marder, the former chaplain at the San Francisco Campus for Jewish Living.

“Mishkan HaSeder” is the latest in a long line of haggadahs published by the Reform movement, but the first haggadah in the movement’s 21st-century “Mishkan” liturgical line, which also includes “Mishkan T’filah” (a Shabbat and daily siddur, 2007) and “Mishkan HaNefesh” (a High Holidays machzor, 2015). Like those, “Mishkan HeSeder” features breezy, open layouts with Hebrew, translations and phonetic transliterations on the right side of each spread and related readings and poems on the other side.

As with “T’filah” and “HaNefesh,” “Mishkan HaSeder” showcases a return to a more traditional, complete structure (this haggadah includes the first hand-washing, Urchatz, which was famously excluded from the widely used 1974 Reform haggadah).

“Mishkan HaSeder” features a menu in the margin of each page that lists the stages of the seder, highlighting in yellow type which stage that page is part of, so you know, for example, whether you are up to “urchatz” or “karpas.” Other recent CCAR publications also do that, but it’s especially useful in a haggadah.

Most distinctively, this haggadah has a heavy emphasis on contemporary poetry, which sets it apart from previous Reform haggadahs that may have been authoritative in tone or avidly social justice-oriented. This is the influence of the volume’s co-editors, poet Jessica Greenbaum and Rabbi Hara Person, chief executive of the Reform rabbinical association, who in their introductions write about making poetry a specific focus of this haggadah.

There is also plenty of thought-provoking commentary throughout and a number of beautiful, evocative pieces of art by sculptor and painter Tobi Kahn.

The translation by the Marders is interpretive, but not overly so. For example, in the Four Sons, rather than a straightforward translation such as “What does the evil son say?” they opt for “There are sons and daughters who reject our rituals and traditions. What do they say?” In other places, it’s simpler but rendered in a modern, slightly poetic register. It’s a continuation of their work on “Mishkan HaNefesh,” which took a similar approach.

As with any haggadah, it’s important to consider the practicality of the book itself. “Mishkan HaSeder” is a shade under 8-by-10 inches, so it’ll take up significant space on your table. It’s fairly lightweight, with a paperback cover. As with so many haggadahs, the first couple of years you use it, this haggadah will almost certainly refuse to stay open when laid flat on a table. There’s also an e-book version.

The poetry, the artwork, the translation, the commentary — all work together to create the only haggadah I’ve ever described as serene. I don’t associate calm with Passover seders, but maybe this is the right year for a soothingly poetic haggadah.

As for the “Haggadeck,” its creator, Shere, is one of the co-founders of Kohenet, which ordains women as “Hebrew priestesses” (or kohenets) and promotes an Earth-based feminine Jewish spirituality. She’s also a co-writer of “Siddur HaKohanot: A Hebrew Priestess Prayerbook.”

Kohenet Shere worked on the “Haggadeck” with a Northern California team that included Kohenet Nomy Lamm (formerly of San Francisco, currently of Olympia, Washington), who contributed vibrant designs and illustrations. It was printed by a worker-owned eco-business in Santa Cruz.

The result is similar in structure to previous card-deck haggadahs (see 2016’s “The Kitchen Passover Game”), with each card containing one piece of the seder, but with an aesthetic and spirit all its own. All of the Hebrew, traditionally written in the masculine form, is transposed to feminine, as is the Kohenet custom. The “Haggadeck” is not for the ritually faint-hearted.

Each person has a few cards, and each card is numbered. The leader of a “Haggadeck” seder will have to take an active role, calling on whoever has the next card. Each card is given one of five themes: fire, water, earth, air and “spiral,” which connects the first four elements. Urchatz (hand-washing) is naturally paired with water, candlelighting with fire, matzah with earth, and so on. The more conceptual elements of the seder, such as the Four Questions, are associated with the spiral.

The Four Questions also exemplify this haggadah’s general approach: Anything goes, interpret wildly. Here they become the “Elemental Four Questions,” which read, in part, “How is this moment unique and divine? Sacred space and sacred time. What is the blessing earth roots and reveals? Embody the dream and heal.”

Maggid, traditionally a lengthy storytelling section that precedes the meal, is one card. Its holder is directed to “begin by telling a few lines of a story of transformation — real or imagined.” The next person adds to it, and so on. “You may choose to have a drumbeat or dancer as the sacred pulse as the story unfolds,” the card helpfully suggests.

A couple of cards point seder-goers to haggadeck.com to hear a particular tune, which is a nice feature, especially as even the familiar “Dayenu” is transformed into something unexpected in this unusual haggadah.

Individual cards are printed on 5½-by-4-inch stock, and the whole thing comes in a cute drawstring bag. The first run last year sold out quickly, so pick one up soon. And if you’re going virtual this year, there’s a virtual version available, as well. 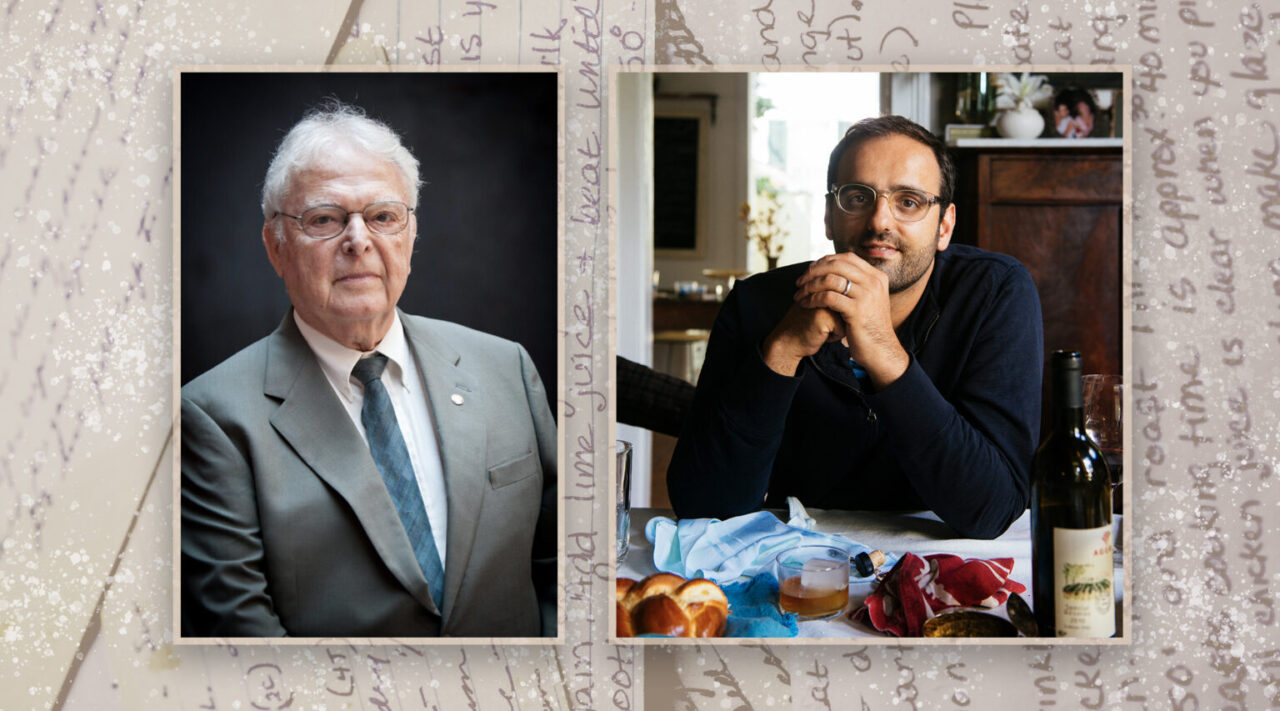 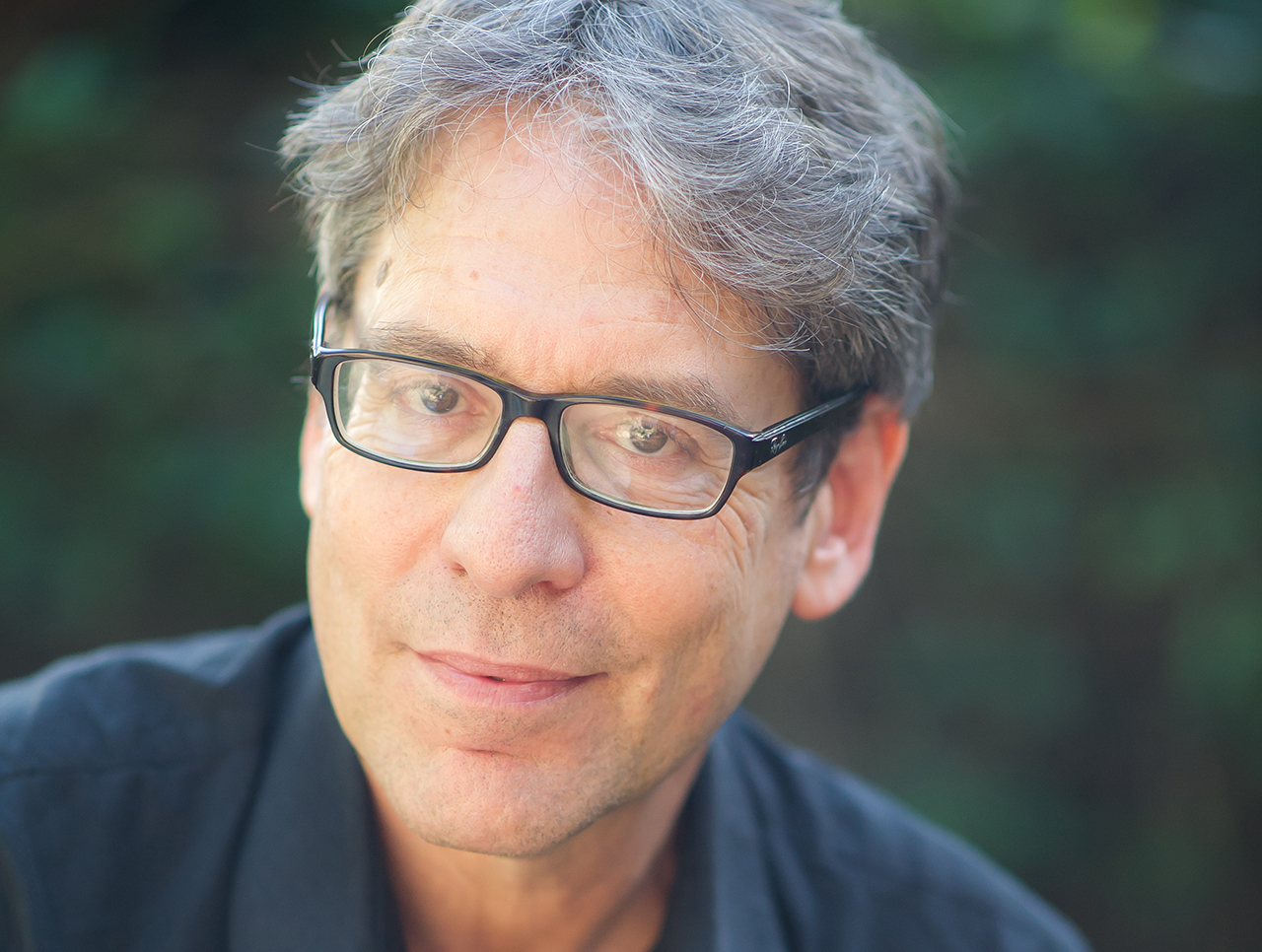 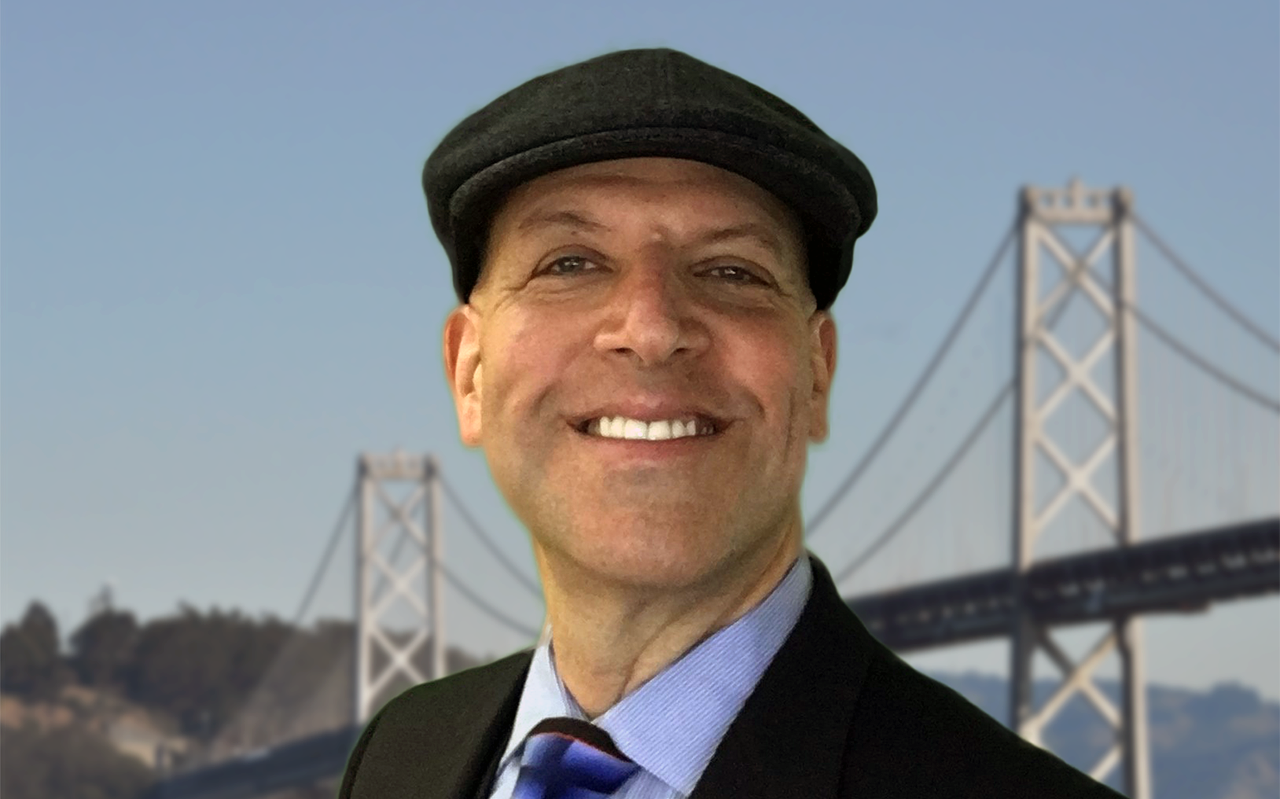