Maggie Tokuda-Hall’s engaging picture book “Also an Octopus,” published in 2017, presents young readers with a ukulele-playing octopus who wants a purple spaceship, and then invites them to choose where they want the story to go. The imaginative, award-winning book is for children 3 to 7.

The same cannot be said of the Bay Area native’s most recent book, “The Mermaid, the Witch and the Sea” (2020), a young-adult fantasy pirate adventure, whose two main characters are queer women battling imperialism, colonial conquest and gender norms in a violent, dangerous world. The School Library Journal called it “a dark and creative story, laced with romance, and not for the faint of heart,” while another reviewer said it was a “breathless adventure that wouldn’t let me sleep until I’d devoured every last word.”

Tokuda-Hall’s next book, the graphic novel “Squad,” goes in a different direction, focusing on female werewolves who are “killing boys, just all the time,” she said, laughing. “I feel like people who have been marginalized and punished should have space to imaginatively take revenge.” It’s due out in October. And after that, in early 2022, she will release the picture book “Love in the Library,” based on the true story of her Japanese American grandparents and their internment during World War II.

Mixed identity is important to Tokuda-Hall, who is the daughter of Wendy Tokuda, a longtime television reporter in the Bay Area, and Richard Hall, a television producer who represents the Jewish side of her family. She was raised Jewish, attended Hebrew school and had a bat mitzvah. She and her husband have a 1-year-old son and live in Oakland.

Do you identify with Evelyn and Florian (aka Flora), the main characters in “The Mermaid, the Witch, and the Sea”?

Evelyn’s character was written very much with the idea of confronting my own privilege. She comes from a wealthy family. She comes from an imperialist country whose colonization has benefited her.

I’ve had complicated feelings about my gender that changed wildly through different points in my life. My feelings about who I was depended on things like who my friends were and … who I needed to be in order to minimize my own visibility. As I’ve gotten older and stopped caring as much about what people thought of me, those feelings have changed once again. And so I really drew on that experience to write [Florian]. But they’re also a complete badass, and I’m not.

I largely wrote the first draft after Trump won the election. And I think some of that anger is present in the book — the idea that the power of his story, which was full of lies… was still so powerful was a kind of horrible magic.

Has the book had a good reception in the queer community?

I’ve gotten letters from a handful of teenagers who have come out as nonbinary after reading my book. I, like, weep every time. It’s beyond my wildest dreams that that book would function as a tool that would help a kid be a truer version of themselves.

How would you say your own background influences your writing?

The focus on stories and the power they have is very much related to my Jewish upbringing… But I’m also an Asian person who’s Jewish, which means that I never fit in at Hebrew school, and, you know, when I’m in Jewish spaces I’m largely sort of an oddity. I think that sense of otherness, even within my own community, is something that’s always present in my writing. It’s true on the Japanese side as well. I’m super tall and I have giant curly hair… Every character that I have in some way feels like they don’t quite fit.

Did your mother’s public visibility affect you growing up?

You are aware when you are with somebody who’s famous locally that you’re being watched in a different way than other kids. So you’re always on your best behavior. I’ve worked really hard to make sure that my career is outside of hers. It instilled in me a serious desire to achieve on my own merits.

You directed the children’s department at Books Inc. in San Francisco before becoming a writer. What was that like?

Deeply educational. I think that instead of MFA programs, aspiring writers should become booksellers, because you talk to people about what they like and don’t like about books all day. It forces you to approach every book you read that way. It instills in you a kind of creativity.

I used to run school book fairs. I got asked to take out “Two Boys Kissing” by David Levithan a lot, and I would argue its case every time. One time, I left the book fair to go do something else and they’d surreptitiously hidden it. There were these Andy Griffith books that were hilarious, and every book has “butt” in the title. I got bullied into taking those out, even with arguments like, “You’re just trying to instill a love of reading; let them have fun, please!”

Can you talk about the history that inspired “Love in the Library”?

It’s a true story. My grandparents were incarcerated in Minidoka (Idaho), which was one of the smaller camps. My grandmother was the camp librarian. And my grandfather would come in every day and be like, I’m going to read this whole stack of books, just so he could talk to her. They actually got married and had their first son in the camp. So, you know, it’s a story that defines my understanding of what it means to be American.… I wrote it in response to Trump’s Muslim ban. Now it’s more relevant, with the camps on our borders. I don’t think you can be Japanese American and not be appalled by what’s happening, because frankly it’s worse. 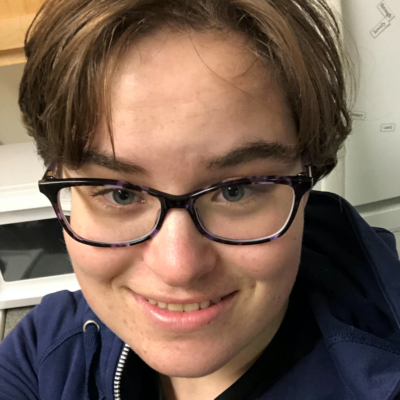