Actor Doug Brook is not portraying the infamous moneylender Shylock in Shakespeare’s “The Merchant of Venice” next month in San Jose. Rather, he is playing the role of an actor playing Shylock in a production of “Merchant” that gets canceled following public outcry over its antisemitic overtones.

It’s a sensitive role for Brook, a seasoned actor and director who is very active in the South Bay Jewish community.

Brook told J. he has had to reassure his Jewish acquaintances that the one-man show “Shylock” — with 13 performances beginning June 4 at the Tabard Theatre — is not what they think. “You guys know me,” he told them. “Would I really be up here [on stage] doing something antisemitic?”

He admitted that he debated whether he should accept the part given the controversy surrounding Shylock, which is considered one of the most antisemitic stereotypes in all of Shakespeare, and indeed in any art form. In the end, he decided to take it because he said the play, which premiered 25 years ago and was written by Canadian playwright Mark Leiren-Young, raises important questions about representation, censorship and the role of art in broaching difficult topics.

“I don’t want to piss anybody off,” Brook, 48, said. “For some people, when they hear the name Shylock or ‘The Merchant of Venice,’ they get their hackles raised. I totally respect that, but it’s a surface-level perception. When I’ve talked to somebody for a few minutes about the play and got them to understand that we’re taking something hard and starting a dialogue that can be meaningful based on it, they say, oh that sounds really good.”

As if to head off any skepticism about his loyalties, Brook rattled off his credentials during the interview: He attended Camp Ramah, was active in USY (United Synagogue Youth), and was the president of his college chapter of AEPi, the Jewish fraternity. “I’m one of those kids,” he said.

Today, he teaches b’nai mitzvah students trope and tefillah (prayer) at Congregation Sinai in San Jose, and belongs to both Sinai and Congregation Beth David in Saratoga. He also recently completed a graduate degree in Jewish education at the Jewish Theological Seminary in New York. (His day job is at a cybersecurity company, where he manages a team of technical writers.)

The director of the Tabard production of “Shylock,” Jonathan Rhys Williams, said he was drawn to the play because it taps into the zeitgeist, especially in its examination of identity issues and “cancel culture.” He cited a line from the play that resonates with him: “And maybe you don’t just do the play because it’s art. Just maybe you do it because it makes you talk about issues like this.”

Williams, who also serves as artistic director at Tabard, said his theater has been striving to “tell a much more diverse palette of stories” in recent months. As part of this effort, the theater has partnered with community organizations that are connected in some way to the subject matter of the shows being staged. For “Shylock,” Brook was instrumental in recruiting the Jewish Community Relations Council of Silicon Valley to publicly support the production.

We’re taking something hard and starting a dialogue that can be meaningful based on it.

Diane Fisher, the JCRC’s director, told J. she “asked a lot of questions” about “Shylock” and ultimately felt comfortable with the answers she received.

“The exclusionary attitudes [in “The Merchant of Venice”] are not going to go away,” she said. “You’re better off staging this play so that you can confront them straight on and dig deeper into the psychology behind them. It presents an opportunity to get people to think differently, perhaps.”

The play, a co-production with Silicon Valley Shakespeare, is scheduled to run from June 4 to 20, with both a limited in-person audience (tickets: $35, $50) and others watching via a livestream ($15, $35, $50). The theater will admit only those who have been vaccinated and are 13 and over, and masks will be required. For details, visit tabardtheatre.org.

This “Shylock” unfolds in the form of a “talkback,” as Brook’s character sheds his costume and directly addresses the audience after his final performance in the aborted run of “Merchant.” He attempts to justify his decision to portray Shylock as a villain, rather than as a clown or victim. (As Brook pointed out, “Merchant” was originally a comedy.) But he also second guesses himself, leaving space for the audience to come to their own conclusions.

“Basically as he’s dissembling Shylock to the audience, he’s also dissembling the character in front of them in this physical way,” Brook said. (Brook and Williams will participate in actual talkbacks on Zoom following the performances on June 6, 13 and 19.) The show is 90 minutes, and there will be as many as 50 people in the theater’s 150 seats.

“We wanted to hang onto the live experience as much as possible, which sets us apart from other theaters,” Williams said. “Why else would someone come to their local theater company when they have the entire Netflix canon available to them?”

Brook, who has played Tevye in a local production of “Fiddler on the Roof” and Boolie in the now-defunct Santa Cruz Jewish Theatre’s “Driving Miss Daisy,” said it “feels great” to be back performing in “the three-dimensional world.” Does he mind that the house won’t be full? “As much as I do theater for the audience, I try not to think about them,” he said. “I really try to be homed in on who I’m inhabiting, and the audience is along for the ride.”

Asked what he would tell someone who feels uneasy about supporting a show that has anything to do with Shylock, Brook responded: “If you’re concerned about what the play might be, see the play so that you know what it actually is before jumping to conclusions.” 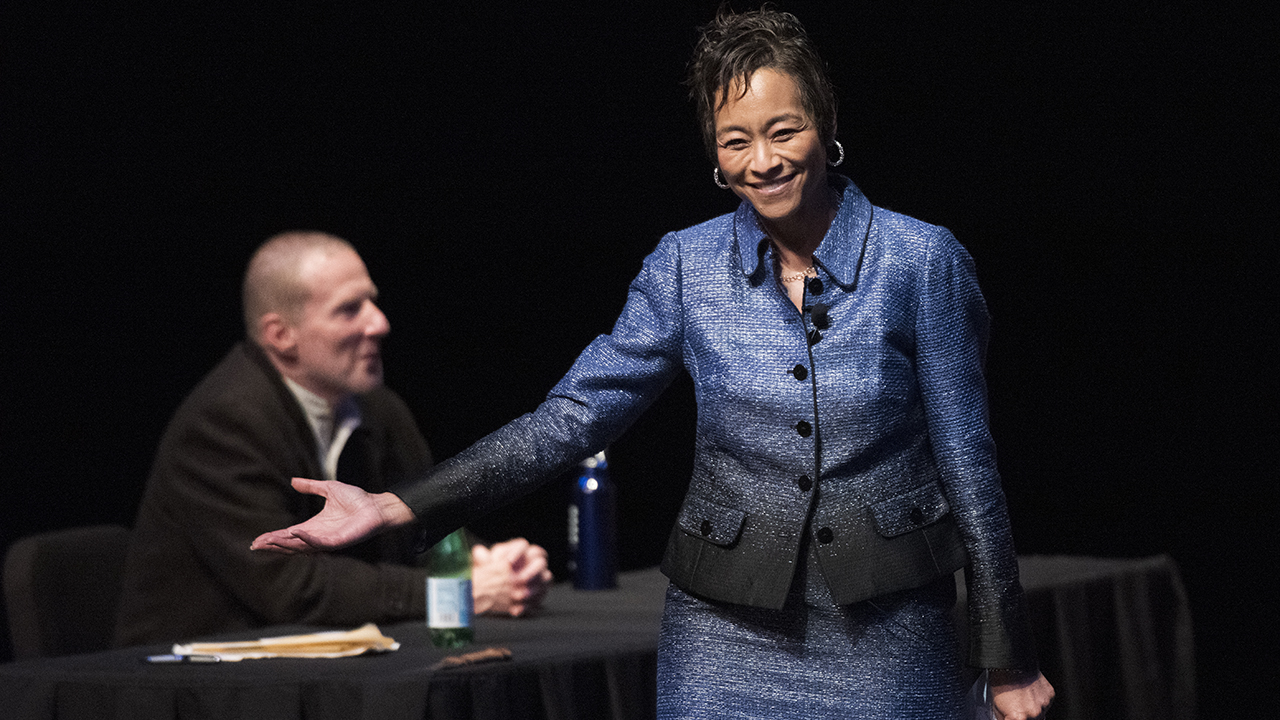 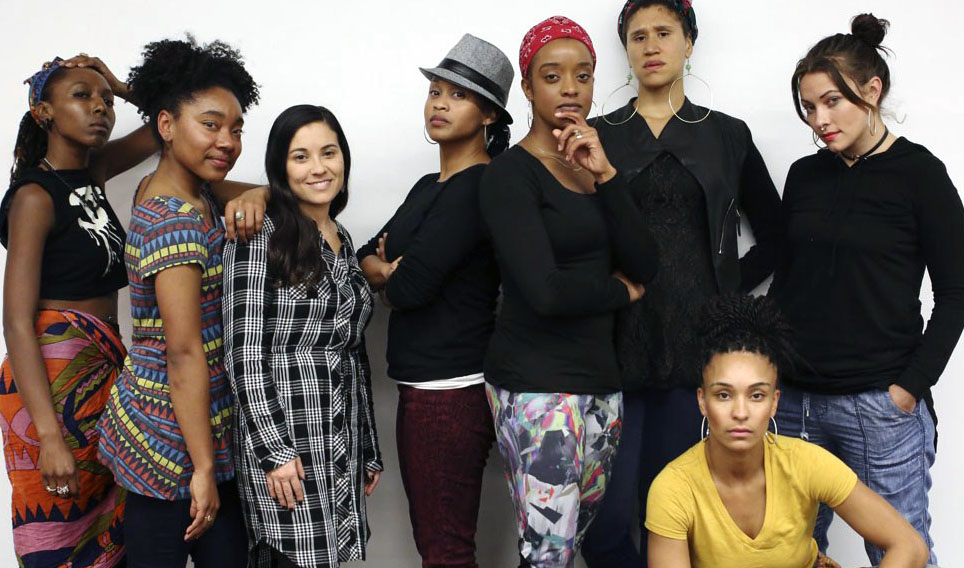 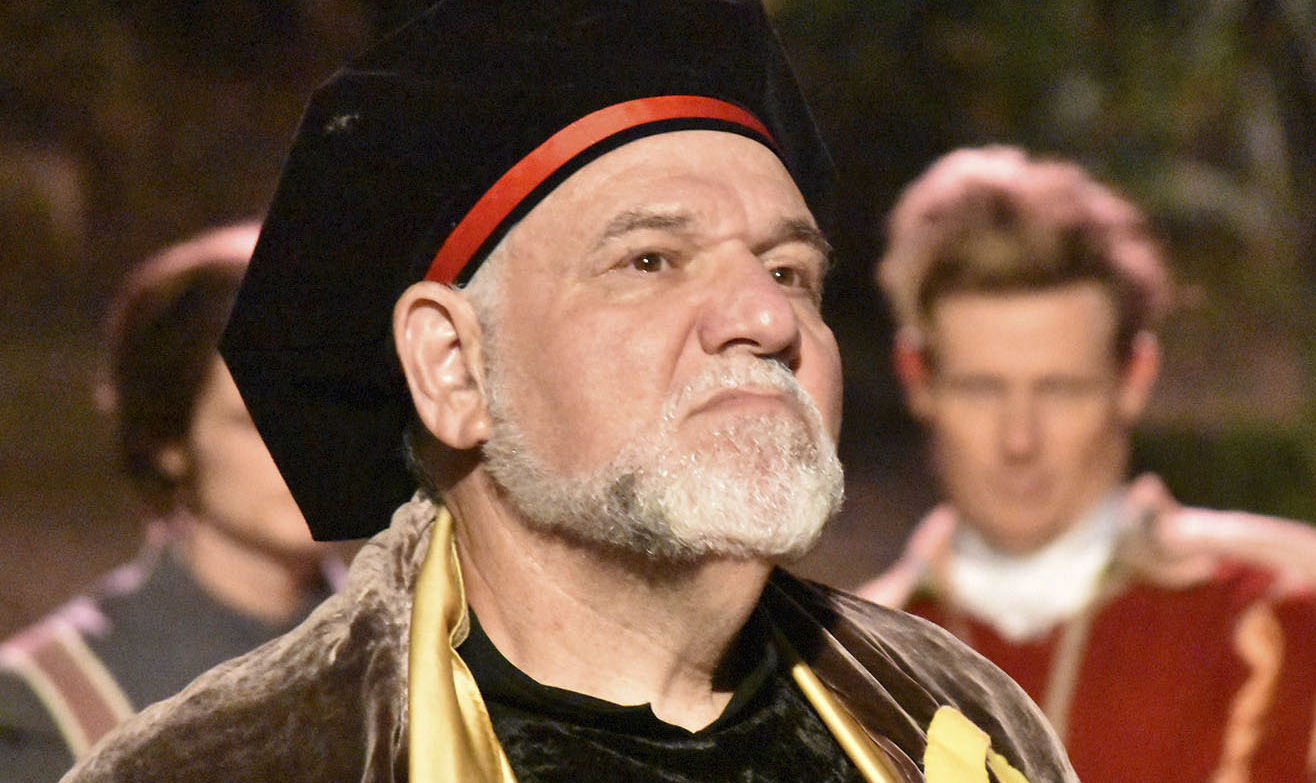