Marjorie S. Cohen passed away on May 26, 2021 in Walnut Creek, California. Marge was born on February 7, 1940 in Albany, New York, to Alvin and Ruth (Glockner) Slesinger. She inherited her father’s love and gift for music, which she also passed on to her children and grandchildren. She graduated from Albany State Teachers College and went on to teach high school English. She and her husband raised their sons in Framingham, Mass, before moving to Richmond, Virginia. They retired to Florida and she spent the last 15 years in the Walnut Creek area.

Preceded in death by her loving husband of 49 years, Ira F. Cohen. Survived by her sons Alan (Molly) Cohen and Herb Cohen and grandsons Jonathan, William and Benjamin Cohen.

Donations in her memory may be made to Contra Costa Jewish Day School or a charity of your choice.

Marilyn R. (Gillis, born Cohn) Goldfarb passed in her sleep early in the morning of May 20. Born to Harry and Belle Cohn, she is predeceased by her brother Arnold. Marilyn is survived by her loving family: son Norman (b. 1953), his daughters Miriam and Hannah and their mother, Melanie; son David (b. 1955), his children Audrey and Aidan and wife Eleanor; and daughter Lori (b. 1959), her son Zachary and husband Tom. All three children and most of their families were with Marilyn this last Mother’s Day.

Marilyn met her husband and lifelong partner, Eli Goldfarb, in March 1950 at a United Jewish Fund event in Los Angeles. They married Jan. 28, 1951, and raised their three children in Los Altos. They were active and longtime members of Congregation Beth Am in Los Altos Hills.

Marilyn went back to school, earning her teaching credentials at San Jose State University in 1960, after which she began teaching. Initially a first-grade teacher, she became a reading specialist and later worked as the curriculum coordinator for the Sunnyvale School District. She started the first reading lab in the district. Marilyn also served as a consultant to other area districts. Marilyn earned her Master’s degree in Administration from San Francisco State University. Her Master’s thesis was on the then innovative concept of remedial programs for elementary school students.

Among other volunteer work, Marilyn was a Life member of Sequoia Hadassah Chapter, once serving as President, and was a lifelong supporter of Israel.

Marilyn and Eli traveled the world together, meeting and making close, lifelong friends along the way. Forever humble, she simply loved people, and was always friendly and considerate. Marilyn loved working with her hands, becoming expert at needlepoint, quilting, sewing, knitting and, as everyone who knows her knows, cooking. Her cactus and succulent garden thrived. She was always struck by the beauty of flowers.

Judith Waxman Miller passed away peacefully in her San Francisco home on April 28, 2021. To Dad’s native San Francisco friends, Judy was “the girl from Back East” who Walter married. Although Judy was raised in St. Louis, Missouri, and Scarsdale, New York, she quickly became loyal to everything San Franciscan and Northern Californian as well. She loved taking out-of-town visitors to Mt. Tam, Muir Woods, Napa, and Sonoma.

Throughout the 1950s and ’60s, Judy volunteered with many organizations: League of Women Voters, PTA for her children’s schools, and at Temple Emanu-El. During the 1970s, she created Volunteers in College and Career Information (VICCI), a counseling program in San Francisco’s public high schools to help students navigate the myriad college and university choices, before the internet made admissions information more easily available.

Beginning in the 1980s, Judy embraced her new role as grandmother, sharing with her seven grandchildren her love of reading, the redwoods, the Exploratorium, and the carousel at Golden Gate Park. During the following decade, she served as a board member of Friends of Mountain Lake Park, as part of that group’s effort to preserve and maintain the Richmond District’s hidden gem.

Judy and Walter loved San Francisco’s cultural jewels — the opera, symphony, ballet, ACT, and other theaters. Judy was an amazing cook, for the family, neighbors, as well as for larger gatherings. We are grateful to have many of her decades-old recipes to continue the traditions. She also loved her tricolor rough Collies, Antares, Tex, and Altair, and growing pears, berries, and flowers in her garden.

Judy was married to Walter for 64 years, and missed him enormously after he died in 2015. She is remembered fondly by her four children, Deborah (Steve Fraser), Edith (Richard Stevenson), David, and Dan (Fran), and also by her grandchildren, Anna Hanau, Matthew Stevenson, Will Fraser, Laura Fraser, Alexandra (“Corey”) Miller, Aaron and Ben Miller. In her last few years she loved visits from or photos of her six great-grandchildren as well.

The family would like to extend its deepest gratitude to Agnes and Joel Mabalot, who provided such helpful and compassionate assistance to Judy and Walter during their last years, and to neighbors Dan and Debby Harris for their thoughtfulness and willingness to always lend a helping hand when needed. These caring individuals brightened Judy’s and Walter’s lives immensely.

Friends are invited to honor Judy’s life by reading a good whodunit, eating an It’s-It, or by making a donation to Temple Emanu-El’s Adult Education Fund, the World Wildlife Fund, Sierra Club, Friends of Mountain Lake Park, or other environmental organization of your choice.

Michèle Stone of Oakland, California, life partner of Harry Howe, passed away peacefully in her sleep early in the morning of Saturday, May 15, 2021, at Kaiser Oakland Medical Center, at age 78.

Born Michèle Dee Hyman in Santa Monica, California, on July 14, 1942, she was the daughter of Frank and Yetta Hyman. Frank was an engineer and moved to various major jobs in Southern California, so she spent her early years in Los Angeles, Mojave, Twentynine Palms, Van Nuys, and Pomona before moving to a home in Claremont that her father had designed. After graduating from Claremont High School in 1960, she moved to the Bay Area, where she earned a Bachelor’s degree with a Decorative Arts major at UC Berkeley in 1964. She earned a lifetime teaching credential and first taught with Oakland Unified School District in 1966. She taught first- and second-grade classes in several different schools and managed to earn a Master’s in Education degree from Cal State Hayward. She taught at Crocker Highlands Elementary School for the last 34 years of a 42-year teaching career.

The wonderful, full life that Michèle was able to build and enjoy in Oakland included a deep and constant commitment to the community and its future growth and well-being, as evidenced by her influence on the hundreds of children she taught with such dedication and satisfaction. Her membership for many years at Oakland’s Temple Sinai resulted in many lasting friendships spanning all walks of life, while providing her with emotional security and support whenever needed. She spent many years also as an active member of Women’s American ORT, helping to support a worldwide network of schools for both children and adults, and was instrumental in the establishment and operation of a local thrift store supporting both her temple and ORT.

Michèle also had a deep love of the arts and performing arts and recognized the singular value they provide to communities. She was a collector of books and objects of visual and creative arts of all kinds. She has been a supporter and subscriber of Oakland Symphony since the days when Calvin Simmons was its director, and was a moving force supporting the Symphony’s educational and outreach programs, donating hundreds of hours every season. She also was a strong supporter and constant volunteer with Piedmont Center for the Arts, where she typically was the first person in the front row for nearly all concerts. She and Harry have also been longtime supporters of and regular attendees at concerts of the New Century and San Francisco Chamber Orchestras, the Philharmonia Baroque and Berkeley Symphony Orchestras, and the SFJazz Center.

Michèle loved the excitement of exploring new places and new ideas, traveling extensively and frequently throughout the United States, and throughout western Europe and the Mediterranean and Aegean Sea areas. She always came home with new friends with whom she stayed in touch over the years. Wherever she went she would be greeted by young adults who had at one time been her students in their first years of elementary school, or adults whose children she had taught. When she was at home, she loved to explore new recipes, to cook for and entertain her many circles of friends, to work on and cherish her rose garden and extensive collection of orchids, and to play mah-jongg and socialize with those with whom she was closest.

After all these years of giving, her final gift was to donate her remains to the UCSF Willed Body program, with the hope that she might thus contribute one day to a better outcome for another person, and at the same time relieving her surviving family members from the tasks involved with a funeral or burial. This final gift also relieves all who knew her from any obligation to travel to a specific location in order to visit her spirit, which will instead always be with all those she knew wherever you are. Gifts in memory of Michèle Stone may be made to Oakland Symphony, George Mark Children’s House, or Temple Sinai Oakland.

Michèle is survived by her life partner Harry Howe, her younger brother Steven Hyman, her son Adam, his wife Eran and daughter Emma, and her son Erik Stone and his wife Erin. An opportunity to celebrate Michèle’s life and share memories together will be planned soon, perhaps late this summer. 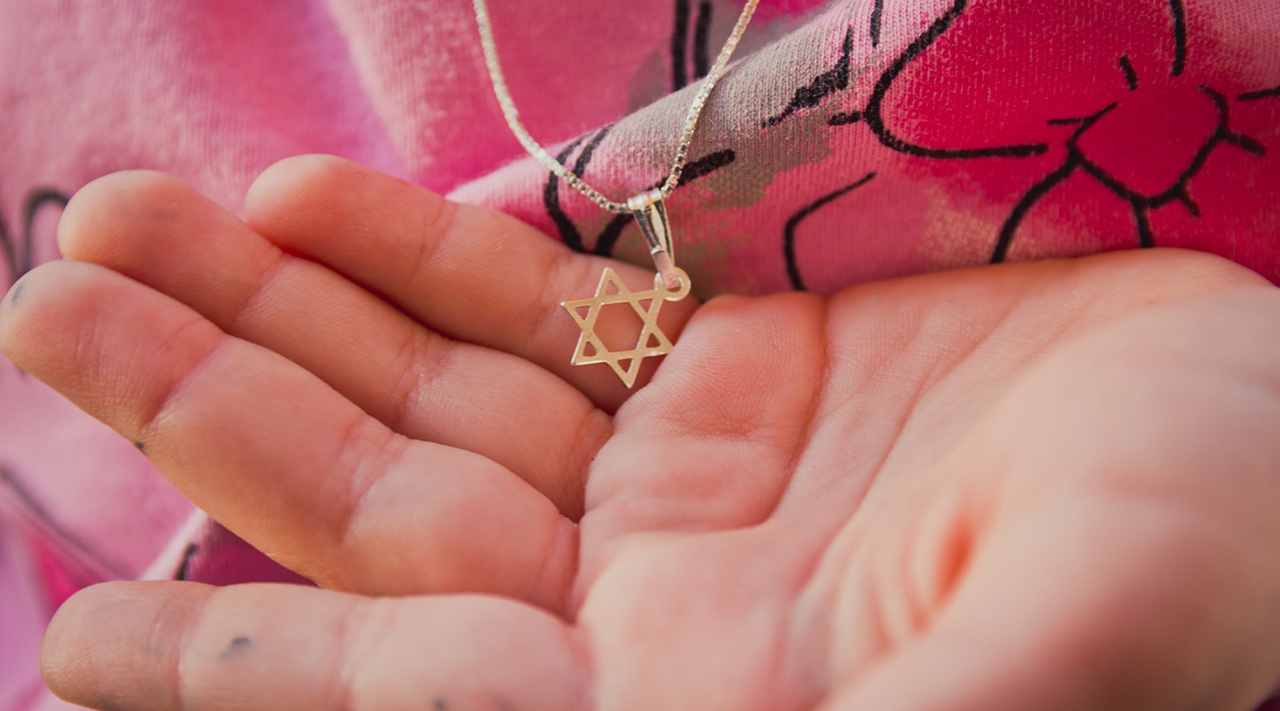