I’m tired of singing alone. Bring on the whole-iness of choirs!

After more than a year of singing all by myself — muted during Zoom rehearsals or recording in solitude for virtual choral pieces — my world is opening up as choirs go live.

Making the best of a difficult year, the Aurora Singers, a Palo Alto group, virtually joined up with choirs in France and England to produce an inspiring video concert, and will launch in-person rehearsals in September.

HaShirim, a Jewish community choral group in the Bay Area, will rehearse this month in a singer’s backyard, with more rehearsals to follow.

And after a yearlong hiatus, on Rosh Hashanah and Yom Kippur in the first half of September, Congregation Beth Am’s High Holy Day choir will be on the bimah of the Los Altos Hills synagogue, singing before the congregation.

This year, our Beth Am chorus won’t be singing in a rented Santa Clara megachurch, a San Mateo event center or a Cupertino concert hall, as we have in past years for High Holiday services.

Nor will we be sitting on our sofas, trying our best to participate in an online service, as we did last year, when we recorded three music videos for congregants to watch at home.

Instead, sopranos, altos, tenors and basses will build a harmonious blend right there in front of the congregation. We won’t rely on a sound engineer to mix individually recorded tracks into a choral piece. And instead of seeing several dozen disembodied squares on a computer screen, congregants will see us and hear us as we stand before them, and we will see and hear them.

“It will be the sweetest of reunions!” Beth Am Cantor Jaime Shpall wrote in an email inviting fully vaccinated choir members to summer rehearsals.

The words of the High Holiday hymn “Return Again” take on new meaning this year.

I’m grateful to not repeat last year’s lonely recording sessions, which left me in tears. Exasperated, I dispatched the best of a bad bunch to a sound engineer and apologized to Shpall.

Dear Cantor: I am appalled at how awful I sound on the videos. Even though I know the music inside out, I am congested, and more practice will not improve my performance at this point. Two possibilities: If my voice is better tomorrow, I will resend the files. Otherwise, we may have to live with what I did today. Or maybe I can be muted!

The cantor tried to comfort me.

Dear Janet: Feel free to try again tomorrow, but I wouldn’t sweat it too much. The only person who will hear it alone besides you is Dan the video guy and he lives in Austin, Texas, and I’ve never even met him in person. So once it all comes together it’ll sound good. And for what it’s worth, I’ve heard the same thing from many other singers so you are definitely not alone. I know that you’re a good singer. It’ll all come together just fine. Happy singing and l’shana tova. Cantor Jaime.

Few choral singers are pleased with the sound of their solo recordings, and the first time they hear themselves is a shock. Without the surrounding support of other singers, we feel exposed, naked, and we don’t hear the harmonies. It’s like singing into a test tube.

Even soloists, like my husband, are not always pleased with recordings. “Somebody must have swapped someone else’s voice in!” he said. “It didn’t sound like anybody I knew!”

I’ve read that even John Lennon hated the sound of his own voice, counting on chief engineer Geoff Emerick to take a good song and make it better. During Covid, when choirs throughout the world could not sing live, they relied on technical specialists to marry the voices. In the Aurora Singers, baritone and sound engineer Eitan Novotny uses special software that measures pitches. Then he fixes each singer’s tone, vibrato and timing. The process takes hours.

“I made you sound good,” he told me after I dispatched less-than-perfect recordings.

But participating in a live choir, particularly at the High Holidays, doesn’t require sound engineering. In our prayers and confessions, which are mostly in the first person plural, congregants use the pronoun “we.” It isn’t about me. So, too, when we sing sacred music. We envelop the choir and the congregation in prayerful melodies that lead to a deeper, more heartfelt connection. When I am lost in the music, more often than not, I can’t hear myself.

Despite weeks of rehearsal and rigorous attention to a choral director, this isn’t a conventional performance. It’s prayer. And as our cantor admonishes us every year, echoing the words of her own mentor, “Don’t let them catch you singing.” 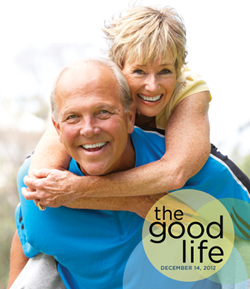