The program is a “first-of-its-kind leadership development program for new top executives leading nonprofits in the North American Jewish community,” according to a press release. “Over the next year, participants will receive group training, individual coaching, personalized evaluations, and opportunities to build connections and provide mutual support with one another and other leaders in the Jewish nonprofit sector.”

Sam Salkin, executive director of Sinai Memorial Chapel, was profiled in the July issue of American Funeral Director. The profile touches on his childhood experiences with death, including the deaths of all four of his grandparents when he was 13; his work leading Sinai, which handles Jewish funerals across Northern California; and his 2018 book, “Reflections on Jewish Death and Mourning,” a collection of essays by Salkin and 22 others, including rabbis, a cartoonist, a Zen Buddhist priest and Facebook COO Sheryl Sandberg. “Jewish tradition concerning death, dying and bereavement is embedded with wisdom, beauty and psychological insight,” he says in the article. “By acquainting ourselves with the traditions, and experiencing their compassion, comfort and wisdom, people can have a framework through which to process one of life’s most difficult and mysterious experiences.”

Anita Friedman, executive director of S.F.-based Jewish Family and Children’s Services — has been named to the Combat Antisemitism Movement’s (CAM) advisory board. Friedman is an expert in social policy and Holocaust education who serves as board president of the S.F.-based Koret Foundation. She also was the editor of the English edition of “Rywka’s Diary: The Writings of a Jewish Girl from the Lodz Ghetto.” CAM is an international organization founded in 2019 to combat antisemitism around the world; 330 organizations and 340,000 individuals have signed the campaign’s pledge, which is based on the International Holocaust Remembrance Alliance’s working definition of antisemitism. The advisory board also includes the newly elected president of Israel, Isaac Herzog, former Sen. Joe Lieberman and human rights advocate Natan Sharansky. Said Friedman in a statement: “As a Jew, I am deeply concerned by the recent explosion in antisemitic attacks all over the world. As an expert on Holocaust and genocide education, I am convinced, more than ever, that the young generation must learn about the repercussions of hatred and discrimination, before it is too late again. I am so proud to join CAM because it is an organization that reaches citizens, academics and leaders all over the world and encourages them to build a united front against antisemitism.”

Lea Loeb is the newest member of the J. newsroom. She had been helping out in the development office one day a week and had written a couple of freelance articles for J. — but now she’s on board full-time as editorial assistant. She is a recent graduate of San Francisco State University, where she majored in journalism and minored in Jewish studies. When she’s not organizing letters to the editor or handling incoming photos, the Visalia native teaches Sunday school at Congregation Sherith Israel in San Francisco.

Kevin Scheier is the new executive director of Congregation Beth Ami in Santa Rosa. He is a recent transplant to Sonoma County who has long been involved in the Jewish community, including 10 years on the board at Congregation Beth Jacob in Redwood City. “Kevin has had a successful career in the for-profit world and he’s looking forward to bringing his skills and engaging personality to our community,” an email to the Beth Ami community stated.

Rabbi Annette Koch has resigned from her position at Temple Israel in Alameda in her third year there. She arrived in 2018 as the synagogue was coming out of a period of financial instability. In an email to the community, she wrote that the decision to leave was part of an “ongoing conversation” among the board “about restructuring the role of rabbi at Temple Israel.” She also cited personal health issues. “It has been an honor and a privilege to serve as your [r]abbi for the past three years,” Koch wrote in an email to the congregation. “I have been inspired by you and enriched by our relationship and by the learning we have done together and I am very grateful.”

Scott Brockman is the new executive director of the Santa Rosa–based Jewish Community Center, Sonoma County. He begins Aug. 1 after a big move from Boca Raton, Florida. “Scott brings decades of experience as a Jewish communal leader with expertise in education, philanthropy, community building and executive administration,” says an announcement on the JCC website.

Also at JCC Sonoma County, Rick Concoff has resigned from his position as director of the Chaverim program. The program is being placed on hiatus while the JCC board searches for a replacement. Concoff worked at the JCC for 20 years. “He leaves a legacy that transformed hundreds of young people and influenced the trajectories of their lives,” says an announcement on the JCC website. “We wish him the best of luck in any future endeavors.” Last year, Concoff was awarded Jewish LearningWorks’ Lifetime Achievement Award in Jewish Youth Education and Engagement.

After more than 20 years at Congregation Rodef Sholom in San Rafael, Michael Kamler has retired as executive director. His replacement is Tracey Klapow, who previously served as director of strategic advancement at URJ Camp Newman. During her tenure, Newman raised more than $24 million for the establishment of the camp’s year-round retreat center. “After fires destroyed the camp in 2017, she coordinated the response, which included an alternative location for camp, raised $2 million in emergency funding and managed a 40-person taskforce to create a master plan for rebuilding,” Rodef Sholom wrote in an email.

Tonda Case, an active member of Kehilla Community Synagogue in Piedmont and Temple Beth Abraham in Oakland, is moving from the East Bay to New York to lead the Wexner Foundation’s first-ever Jews of Color Cohort within its longstanding Wexner Heritage Program. The cohort will begin accepting applications in the fall, and its launch in August 2022 will “signif[y] the Foundation’s commitment to the brilliant leadership of Jews of Color in New York and nationally,” Case said in a press release. “This work has global significance toward reframing the ‘we’ of Am Israel and toward healing and repair for Jews of Color who experience marginalization, exclusion and disengagement when navigating Jewish spaces.” Case was the project director of the Jewish Women of Color Resilience Circle at Dimensions, a Boston-based diversity and equity consulting group, and a senior advisor at Amazon on leadership development, diversity and recruitment. Case also was a founding member of a Jewish women of color–led advocacy group that helped coordinate the 2019 Washington, D.C. Women’s March. “We are thrilled to welcome Tonda Case,” Rabba Yaffa Epstein, director of the Wexner Heritage Program, said in a press release. “She has educational vision and brings an essential voice to the design of this cohort and in guiding the Foundation’s journey toward becoming more inclusive, just, and equitable.” 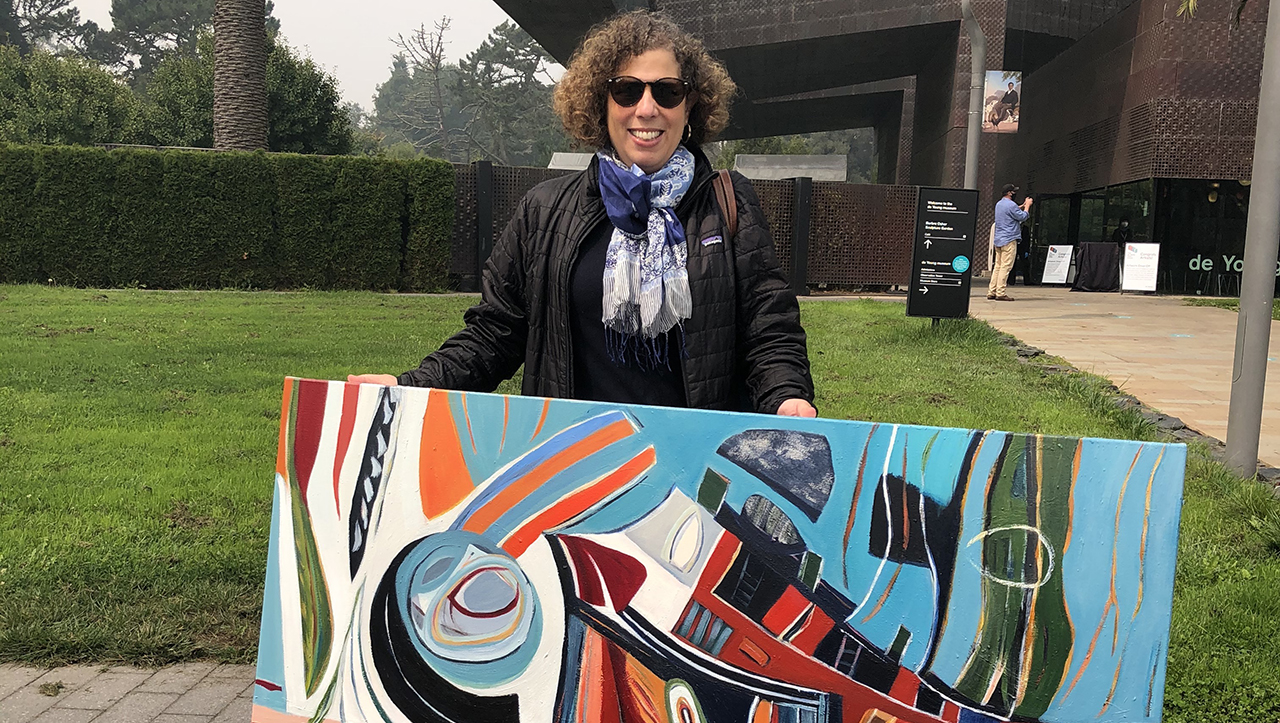