On Monday morning, Rabbi Raleigh Resnick received some bad news. A child at his Chabad’s summer camp in Pleasanton had tested positive for Covid. Then, a few hours later in the afternoon, another tested positive.

Within two days, another three children at the Chabad of the Tri Valley day camp would test positive. All of the positive cases were children ages 5 to 11. (Children under 12 currently are unable to be vaccinated.)

The cases forced Resnick to make a difficult decision. Camp Gan Israel, which has 65 campers and usually runs from June 28 to July 23, would be cut short by a few days.

“Thank G-d, the children who tested positive are either asymptomatic or experiencing mild symptoms,” Resnick wrote in an email to the community on July 21. “We wish each and every one of them a complete and speedy recovery.” The Chabad building, he added, would be closed for a week to be cleaned and disinfected.

The cases at Camp Gan Israel reflect a rise in coronavirus across the state and country. The Pleasanton Chabad was not unlike other Jewish institutions — JCCs, senior homes, summer camps and others — that relaxed their Covid protocols after the state’s June 15 reopening but are now readjusting.

The on-the-fly game plan is due in large part to the Delta variant, a more contagious form of the coronavirus that reportedly originated in India. Its spread has resulted in a mask recommendation in Bay Area counties, a stark reminder that the pandemic’s final days may be further away than previously thought.

According to data in the New York Times, the Bay Area was reporting roughly seven to 15 positive cases daily per 100,000 residents (based on a seven-day average) as of July 22, with San Francisco and East Bay counties experiencing the highest rates, and Marin, San Mateo and Santa Clara counties at the low end.

Those rates are roughly what California was experiencing in mid-to-late February, when vaccinations were just getting off the ground. The late July case rates would have put the Bay Area counties either near or within the red and purple tiers (the highest levels of risk) had California not stopped using the color-coded tracking system on June 15.

John Swartzberg, an infectious disease specialist with the UC Berkeley-UCSF Joint Medical Program, said in an interview with J. that the Delta variant’s rise demands caution.

“People are of the mindset that the pandemic is over,” Swartzberg said. “That is anything but the case. My feelings have changed significantly in the last month given the Delta variant’s success in our population. I think everyone should be wearing a mask indoors. Unless you know with certainty that everyone indoors is vaccinated.”

Why do vaccinated people need to wear a mask inside? For two reasons, Swartzberg said.

One, to protect yourself from the chance of contracting Covid while vaccinated. Swartzberg compared the vaccine to a suit of armor  — which offers a 95 percent protection rate against the virus. Masks add on two or three percentage points more, he said. (A study released on July 20 found that the Johnson & Johnson single-dose vaccine may be less effective against the Delta variant.)

Second, Swartzberg said, and more important because there is no vaccine verification in supermarkets and other public spaces, “we are trusting people who aren’t vaccinated to wear a mask.”

“We can’t trust people to do that,” he added. “The vaccinated are wearing a mask to protect this other group.”

The best thing to do, Swartzberg said, is to get vaccinated if you are not already.

“Breakthrough cases,” the term used for people that are vaccinated but still get the virus, are “very uncommon,” he said, putting the number at approximately 0.03 percent. And even if you do get the virus while vaccinated, the possibility of actually getting sick and ending up in the hospital are “miniscule,” Swartzberg said.

“The only way to stop seeing variants is to get people vaccinated so that people don’t create variants,” he said.

“My bottom line: Now is the time to be cautious.”

For the most part, synagogues in the Bay Area had kept mask requirements in place for indoor services despite the state’s June 15 reopening, according to inquiries made by J.

“A lot of us have kept our mask mandates in place,” Gordon Gladstone, executive director of Congregation Sherith Israel in San Francisco and director of the Bay Area Temple Administrators’ group, said in an email to J. “So there wasn’t a lot to alter.”

But a few synagogues had eased those restrictions and are now responding to the challenge of the new variant.

Congregation B’nai Shalom, a Conservative synagogue in Walnut Creek, was one of the first congregations to reimpose safety protocols. On July 7, reopening committee chair and past president Tim Plattner sent a message to the community announcing that mask wearing would be mandatory for large group gatherings, including services.

People are of the mindset that the pandemic is over. That is anything but the case.

The variant was given as one of the reasons, as was one “recent” positive case among the congregation’s preschoolers.

“A guiding principle of [our reopening] committee has been, in every instance, to follow the medical opinions of our experts,” Rabbi Daniel Stein wrote in a statement to J. “The committee felt that the unknowns around the Delta Variant were substantial enough to reinstate our masking policy until more information was available.”

In nearby Lafayette, Temple Isaiah reopened for indoor services for the first time on July 2, and masks were required for those who were unvaccinated. But two weeks later, as mask-recommendation announcements came in from Bay Area leaders, Executive Director Deb Kirsch changed her temple’s guidelines, requiring everyone to wear masks for indoor services.

“It sounded like the right thing to do,” she told J.

In Palo Alto, Congregation Kol Emeth reopened for indoor services right after California’s reopening on June 15, and masks were not a requirement. But executive director Risa Beckwith said that some people were uncomfortable standing close to others during Kiddush, so the synagogue started requesting masks at that point. Then, on July 16, Beckwith sent out a message suggesting mask wearing for services.

“I had sent out an email saying please mask up if you are so inclined,” Beckwith said. “Most people did actually wear a mask inside.”

Going forward, Kol Emeth will move some programming outside, such as an upcoming women’s retreat starting July 24. (Currently, anyone who is unvaccinated must wear a mask inside the building.)

Beckwith, who has a degree in public health, said that “it is disappointing to move backwards.” The decision-making process, she said, is made up of “walking the line between keeping the community safe and happy as possible.”

Aside from synagogues, JCCs and their fitness centers are also shifting health protocols. A majority of JCC fitness centers had opened in March with limited capacities, and by June 15 were fully open, with some, such as the JCC of San Francisco, shedding mask requirements altogether.

But on July 16, members and gym patrons of the JCCSF were sent a message stating they would have to don a mask in the fitness center.

“While it has been uplifting to see some health restrictions eased in recent weeks, we understand that the actions required to put an end to this pandemic may shift over time,” Jami Miskie, the JCCSF’s vice president of marketing, said in a statement emailed to J. “We view [the mask rule] as a temporary measure to best protect our members, staff and children not yet eligible for vaccination, especially as positive cases increase due to the more contagious Delta variant.”

The Oshman Family JCC in Palo Alto has taken a slightly less restrictive approach, recommending but not mandating masks for those in the fitness center.

Concerns about the rise in coronavirus cases also have reached the region’s Jewish senior facilities. In a July 17 email sent to families and residents of the San Francisco Campus for Jewish Living, one of the largest senior homes in the Bay Area, community members were informed about one visitor that tested positive for Covid.

“We took the immediate steps to contact trace and test the resident who was linked to the visit,” the email stated. “Both the visitor and the resident have been fully vaccinated and this is a reminder that we need to stay vigilant and cautious regardless of the vaccination status.”

The email stated that visits would continue despite the case, but urged visitors to “refrain” from making a stop at the campus “if you show any symptoms.” It also requested visitors notify the facility if they have tested positive. According to data from the California Health and Human Services Agency, the SFCJL hasn’t had a case among its residents since Feb. 2.

According to a health mandate released by San Francisco on June 15 reopening day, all staff members at senior residences and skilled nursing facilities are required to be fully vaccinated by Sept. 15, unless they qualify for an exemption.

At the Reutlinger Community in Danville, the facility has reinstated the practice of staff members wearing facial shields inside its skilled-nursing facility, according to Clara Allen, Reutlinger’s executive director since January.

“We watch the positivity rate for Contra Costa County and California daily,” Allen said in an email, adding that 90 percent of residents and staff at the facility are vaccinated.

“We were opening up for a while,” she told J. “We got a little bit looser when everyone was vaccinated,” alluding to a check-in station where visitors were getting their temperatures taken down by staff members, but the station went unmanned for some time. But since the rise of the Delta variant, Reutlinger has had to “tighten up,” said Clara, and now that station has a staff member behind it again.

The short-term future for Jewish institutions is hazy and uncertain, especially with High Holiday services right around the corner (Rosh Hashanah begins on Sept. 6). While region-wide numbers regarding case counts are useful in setting policy, there’s a “four-week gap” between new data and what the current reality on the ground is, according to Swartzberg, the infectious disease specialist.
Meanwhile, Kol Emeth’s Beckwith said that community leaders should consider how they are going to communicate with congregants and others if things start getting worse.

“We don’t totally know what is going to happen,” she said. 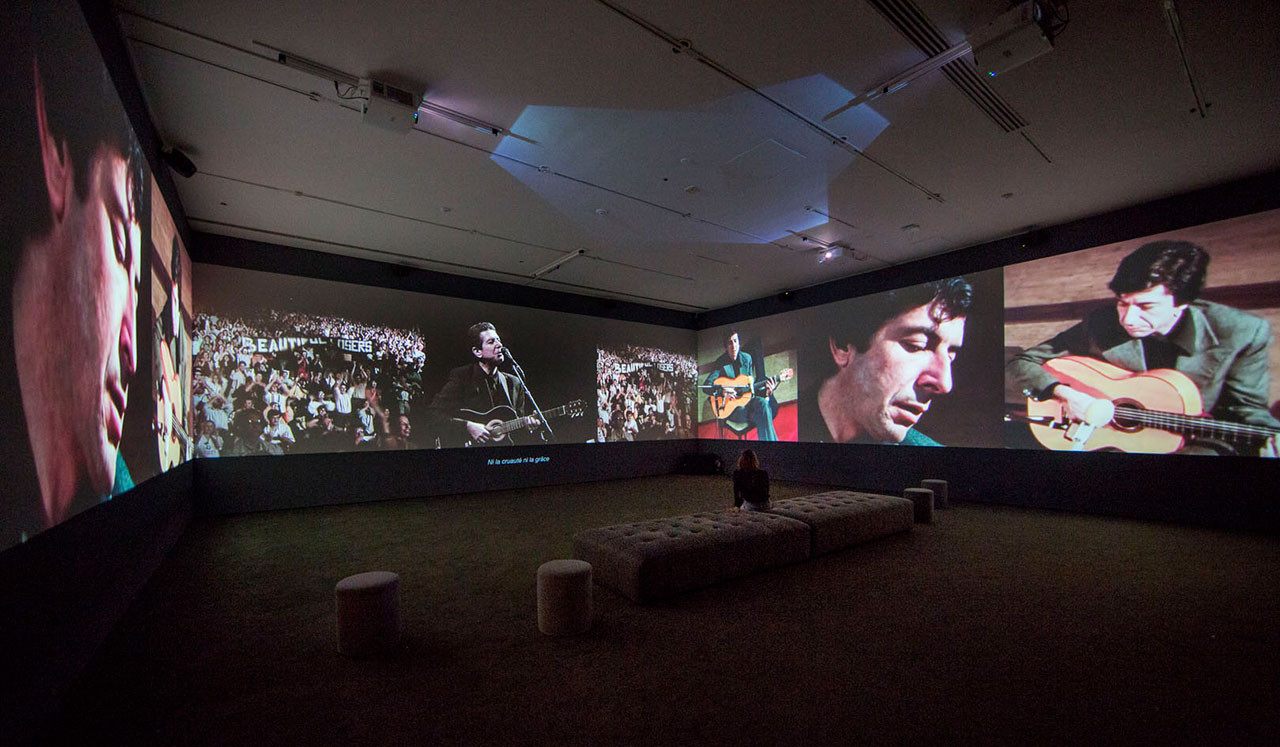 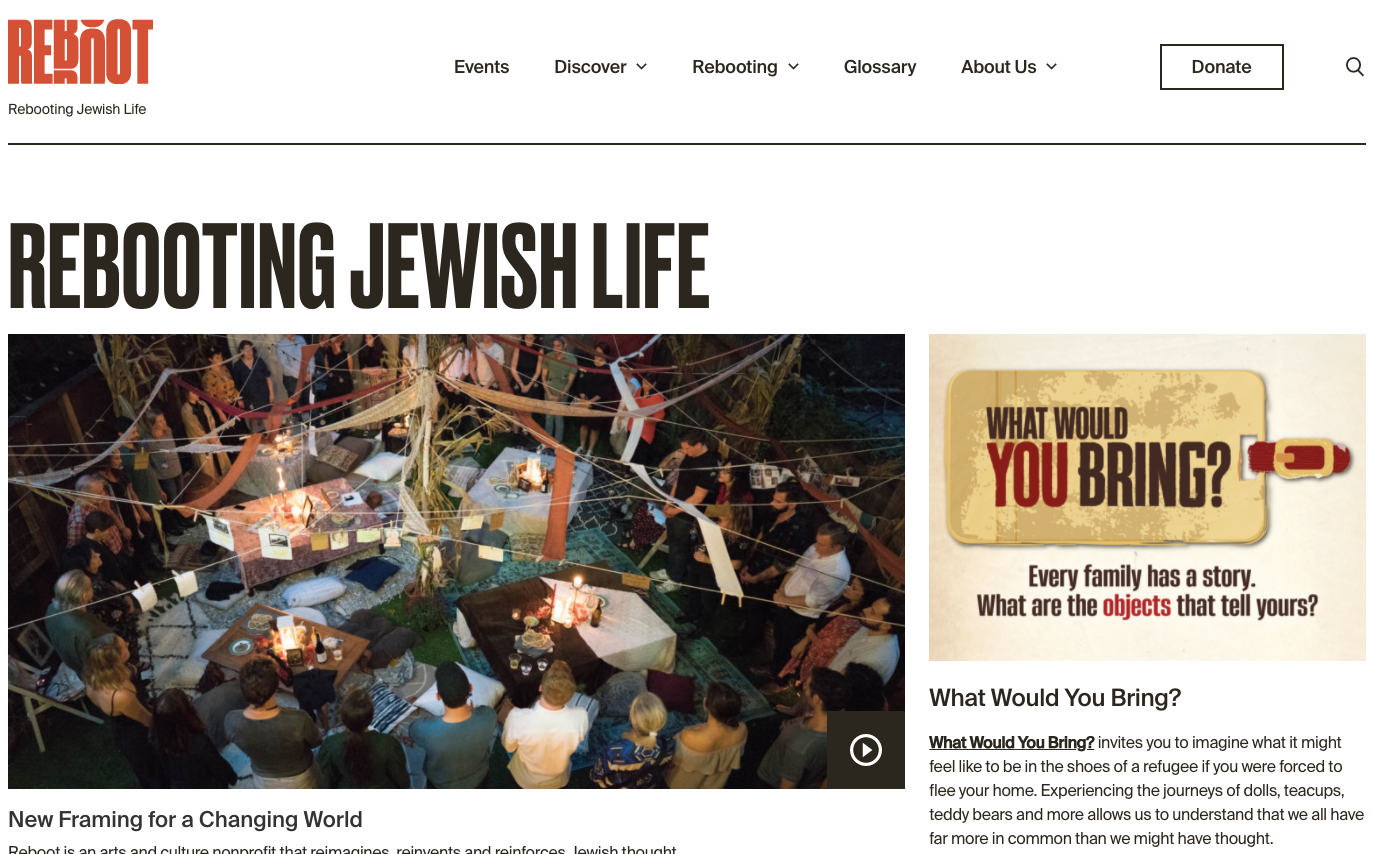