According to a report from the state attorney general, hate crimes in California rose by 31% in 2020 over the previous year, with incidents targeting Asian Americans doubling and anti-Black hate crimes increasing by 90 percent.

The same report showed Jews were the most frequently targeted of California’s religious groups, accounting for 64% of hate crimes motivated by religious bias and 9% of the hate crimes total.

AB 57, which must be signed or vetoed by Newsom by Oct. 10, would require law enforcement officials to be educated on hate crimes by subject matter experts, as well as mandate local law enforcement agencies to include specific information about religion-bias hate crimes in their hate crime policy.

“This bill is really a response to the rise in antisemitism and antisemitic incidents, and a response to the rise in hate crimes against the Asian American community,” Gabriel said. “Part of the motivation for me writing this bill [which was introduced on Dec. 7, 2020] was just from talking to folks. The sense I get from Jews is that people are really feeling the increase in antisemitism and there’s a real sense of vulnerability.”

Antisemitism has been on the rise nationwide in recent years, and the Bay Area, bastion of diversity though it may be, is no exception. Such incidents in 2021 alone include anti-Israel graffiti outside San Francisco spots: Chabad of Noe Valley in May and Manny’s café, a Jewish-owned small business in the Mission District, in June.

A numeric symbol widely regarded as white supremacist was discovered on the baseball scoreboard at a San Anselmo park in July, and antisemitic flyers were distributed by a white supremacist group in Aptos, near Santa Cruz, in August.

California’s regional Anti-Defamation League offices have been supporting AB 57 since Gabriel introduced it 10 months ago.

“We are very interested in bills in California and elsewhere that will improve law enforcement training [and] data collection, that will help encourage communities and individuals to report [hate crimes] in the first place,” said Nancy Appel, the ADL’s California legislative director. “It’s a major piece in the overall fight against hate crime.”

Gabriel, a Democrat who represents the western San Fernando Valley in Los Angeles and Ventura Counties, had plenty of allies on AB 57 in the Bay Area, both inside and outside the Jewish caucus.

Democrat David Chiu, who represents the eastern part of San Francisco in the Assembly, co-authored the bill. Chiu is a member of the California Asian Pacific Islander Legislative Caucus, and Gabriel said it is important for the Jewish caucus to ally with the API community after a 2020-21 stretch that has seen several high-profile incidents of anti-Asian hate.

“It’s just been a horrific year for them,” Gabriel said. “We [as Jews] have been victims of discrimination and hate crimes for a long time, so we understand intuitively, on a gut level, what they’re going through. It’s been really important for us to stand in solidarity with them.”

The bill addresses a number of concerns highlighted in a 2018 report from the state auditor, which found that California  frequently failed to properly identify, report and respond to hate crimes. The Jewish caucus considers AB 57 a priority bill, and it has support from several Bay Area representatives in Sacramento, including Assembly members Rebecca Bauer-Kahan (Orinda) and Marc Berman (Palo Alto) and Sen. Scott Wiener (San Francisco).

“We’re seeing an increase in hate crimes against the Jewish community and against other communities,” Wiener said. “It’s important for California, particularly this year, to step up both with resources and with policy.”

Newsom, fresh off his defeat of a Republican-led attempt to recall him, is expected to sign the bill, Gabriel said, noting that the Jewish caucus has spoken with the governor about the importance of the issues AB 57 addresses. Also, the ADL has sent Newsom a letter urging him to sign the bill, which passed 38-0 in the Senate and 78-0 in the Assembly.

“California traditionally has good laws in this area,” Gabriel said. “It’s clear we need to do more, but oftentimes California serves as a model for the rest of the country. So we’re hopeful that people will see the steps California is taking to strengthen its response to hate crimes, because this certainly isn’t a problem that’s just confined to California.” 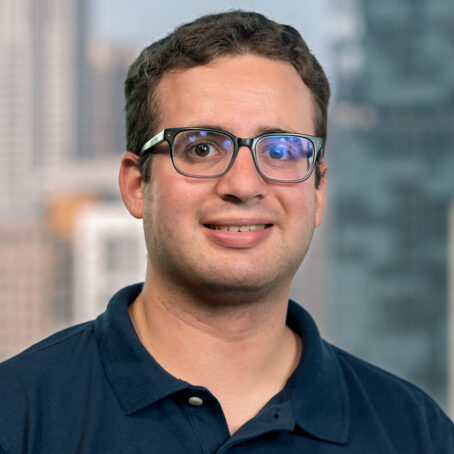 Benjamin Rosenberg is a recent graduate of Northwestern University's Medill School of Journalism. He has previously worked for Vox, The Cape Cod Times, Softball America and The Daily Northwestern. Follow him on Twitter @bxrosenberg.