Horoscopes for the month of Tevet: Hanukkah and a solar eclipse?! Time to change or self-destruct.

Shabbos Hanukkah on Dec. 4 is Rosh Chodesh Tevet (the first day of the month), the Torah portion Miketz and a total solar eclipse in Sagittarius/Keshet. Anyone can see that this day has an awesome spiritual significance for the Jewish people. Jupiter/Tzedek, the planetary ruler of Sagittarius, and Saturn/Shabbtai, the planetary ruler of Tevet and Capricorn/Gidi, are thematically linked here to remind us of their joint heralding of the Aquarian Age by their conjunction in Dec. 2020. This year we are reminded that structures that will not sway with the winds of change are destined to fall, societies which have calcified their compassion will self-destruct and those that turn to mourn the loss of heartlessness will themselves be turned into pillars of salt.

Venus/Noga’s long transit (Nov. 5-March 5) through Capricorn includes a retrograde period from Dec. 19-Jan. 18, during which Venus conjuncts powerful Pluto; direct on Dec. 11 and retrograde Dec. 25. Venus and Pluto both relate to different aspects of wealth and their conjunction in Capricorn tempts the fearful and the shortsighted into rapacious opportunities with terrible downsides, while providing the wise the chance to invest resources into environmentally sustainable enterprises. Winners play the long game.

Tekufah Tevet, the Winter Solstice, comes Dec. 21, followed by the third of 2021’s three exact conjunctions of Saturn in Aquarius/D’li and Uranus/Oron in Taurus/Shor, the theme of which — a maddening dance of two steps forward, one step back — has been the leitmotif of this soon-to-be-finished solar year. Radical conservatism and pragmatic progressivism butt heads once again.

A respite, at least for the spiritually minded, comes Dec. 28 when Jupiter enters Pisces/Dagim. All things having to do with faith, belief, idealism, visions, dreams and imagination are enhanced and enlarged, at least through mid-May of 2022. May we see each other for the good!

The evolution of tribal leader Yehudah’s hard-won spiritual maturity was modeled in the nuanced, subtle difference between ideological zealotry and divinely inspired leadership. Channel this example yourself on the last day of Hanukkah, as Mars/Ma’adim in Scorpio/Akrav sextiles powerful Pluto Dec. 6, and reveals either outsized ego or striking humility at the square of Mars to Jupiter/Tzedek Dec. 8. Aim for inspirational heights when Mars enters Sagittarius/Keshet Dec. 13; your energy levels are at a full gallop. You feel ready to tackle even those things which normally make you feel your own vulnerability Dec. 25 when Mars trines Wounded Healer Chiron.

The long transit of planetary ruler Venus/Noga in Capricorn/Gidi from Nov. 5 to March 5 includes a retrograde period, beginning Dec. 19. This means Venus will make two conjunctions to powerful, passionate, intense Pluto during Tevet: direct on Dec. 11 and retrograde on Dec. 25. tribal ruler Issachar’s gift of discerning the meaning of the times and seasons is your resource during this Venus cycle. Be wise in decision making around money; Venus and Pluto both relate to different aspects of wealth and their conjunction in practical, pragmatic Capricorn bodes well for investing resources into environmentally sustainable enterprises.

Beware of overpromising and underdelivering when Mercury/Kochav in Sagittarius/Keshet squares Neptune/Rahav in Pisces/Dagim Dec. 7. Realism returns when Mercury enters Capricorn/Gidi Dec. 13. The full moon in Gemini Dec. 18 with Mercury square Wounded Healer Chiron reveals answers to the most delicate, sensitive questions. You’re inspired with brilliant originality at the trine of Mercury to Uranus/Oron Dec. 20. With Mercury conjunct retrograde Venus/Noga and Pluto Dec. 29-30, you must use charismatic communicative power with even greater subtlety. You are responsible for the effect of your words! Humanitarian interests take precedence when Mercury enters Aquarius/D’li Jan. 2. Steer clear of partisan commitments.

Rosh Chodesh Tevet begins Shabbos Hanukkah, with a total solar eclipse and new moon in Sagittarius/Keshet Dec. 4. Your emotions directly affect your health; you may want to initiate a gentle cleanse now, beginning with feelings you’re repressing around your partnership relationships. Though you’re inclined to forgive all at the first quarter moon in Pisces/Dagim Dec. 10, the past can’t be put behind you until you’ve articulated any hurt or vulnerable feelings to your partner at the full moon in Gemini Dec. 18, with Mercury/Kochav square to Wounded Healer Chiron. Last quarter moon in Libra/Moznayim Dec. 26 brings harmony.

If you dim the lights of romantic love, will it still be there? Dare to find out at the total solar eclipse and new moon in Sagittarius/Keshet Dec. 4, the first night of Hanukkah and Rosh Chodesh Tevet. If what you’re calling love can’t survive an episode of darkness, is it really love after all? Truth and illusion fight for precedence at the sun’s square to Neptune/Rahav Dec. 12. The sun enters Capricorn/Gidi on Tekufah Tevet, the Winter Solstice, on Dec. 21. Guard your normally robust health when sun squares Wounded Healer Chiron Dec. 28; pamper your immune system when sun trines Uranus/Oron Jan. 1.

Conflicts between family traditions and partnership preferences come to a head when Mercury/Kochav squares Neptune/Rahav Dec. 7. Better to compromise and cooperate than to play power games when Mercury sextiles Pluto Dec. 11. Mercury enters Capricorn/Gidi Dec. 13, supporting stability, which you will need Dec. 18 when Mercury squares Wounded Healer Chiron at the full moon. Don’t take friendship or familiarity for granted in formal or business environments; better to underpromise and overdeliver when Mercury trines Uranus/Oron Dec. 20. Mercury conjuncts retrograde Venus/Noga and Pluto Dec. 29-30 before entering Aquarius/D’li Jan. 2. Promises made now are unbreakable.

The long transit of planetary ruler Venus/Noga in Capricorn/Gidi from Nov. 5-March 5 includes a retrograde period, beginning Dec. 19. This means Venus will make two conjunctions to transformative Pluto during Tevet: direct on Dec. 11 and retrograde on Dec. 25. This all happens in the realm of your home and family and could indicate a dramatic change of status around issues of wealth, inheritance and ancestral legacy. Last quarter moon in Libra Dec. 26 with Mercury/Kochav sextile Neptune/Rahav brings balance; Mercury conjunct retrograde Venus Dec. 29 reveals important information which clarifies an otherwise murky situation.

Tribal ruler Menashe was given the wisdom of subtle investigation and interpretation for the purpose of understanding secrets. Your own wisdom is likewise channeled Dec. 6, the last day of Hanukkah, with classical planetary ruler Mars/Ma’adim sextile to modern planetary ruler Pluto. Your innately powerful intuition is re-energized Dec. 8-11 when Mars squares Jupiter/Tzedek and Venus/Noga conjuncts Pluto. Give your robust vitality a physical outlet when Mars enters Sagittarius/Keshet Dec. 13. Use the precise, laser-like focus of a brain surgeon to dissect powerful feelings Dec. 25 when Mars trines Wounded Healer Chiron and Venus retrograde conjuncts Pluto. Your immense personal charisma heals.

It’s a celestial triple play Dec. 4 on Shabbos Hanukkah, which is also Rosh Chodesh Tevet, a total solar eclipse, and a new moon in Sagittarius. You are energized and grounded at the same time, firing on all cylinders, and receive an extra boost of power when Mars/Ma’adim squares Jupiter/Tzedek Dec. 8. Mars enter Sagittarius Dec. 13 which brings out tribal ruler Benyamin’s combative side; make sure you’re fighting for the light when the sun sextiles Jupiter Dec. 19. Jupiter enters Pisces/Dagim, his classical co-ruler, Dec. 28. Faith, belief, dreams, idealism and spiritual matters are all greatly enlarged through mid-May 2022.

Shabbos Hanukkah is also Rosh Chodesh Tevet and a total solar eclipse in Sagittarius/Keshet. This powerful diminution and subsequent revelation of light is aimed where your unconscious mind stores everything you don’t want to look at. As Yosef enacted a drama to awaken his brothers in Egypt, so you are being radically awakened by the drama being enacted around you. Mercury/Kochav enters Capricorn Dec. 13 and the sun on Tekufah Tevet, the Winter Solstice Dec. 21. The third of 2021’s three squares of Saturn/Shabbtai to Uranus/Oron Dec. 24 continues the process of structural disruption.

All the burnishing you’ve undergone these last two years has only made you shine brighter. Mercury/Kochav trine Uranus/Oron Dec. 20 puts the spotlight on your originality. The last of 2021’s three squares of Saturn/Shabbtai to Uranus Dec. 24 cements your belief that the future must make amends for the past. Genius loves company Jan. 1 with sun trine Uranus; let everyone else suffer a hangover while you pull out in front and take the lead. Tribal leader Asher wasn’t competitive, but he was cooperative and community-minded; as Mercury enters Aquarius Jan. 2, you emulate his example of familial generosity.

Mercury/Kochav in superlative-prone Sagittarius/Keshet squares Neptune/Rahav in boundary-challenged Pisces Dec. 7. Careful of exaggeration and excessive embellishment! Equanimity is restored at the first quarter moon in Pisces Dec. 10; you’re ready to have your perceptions challenged and defend your point of view at the sun’s square Neptune Dec. 12. Make sure you can show your sources if necessary! Mercury’s sextile to Neptune Dec. 26 supports a grounded perspective. Jupiter/Tzedek’s entrance into Pisces Dec. 28 enlarges and enhances your visibility, your luck and likeability, and general perceptions both gracious and favorable through mid-May 2022. You leave a lingering good impression. 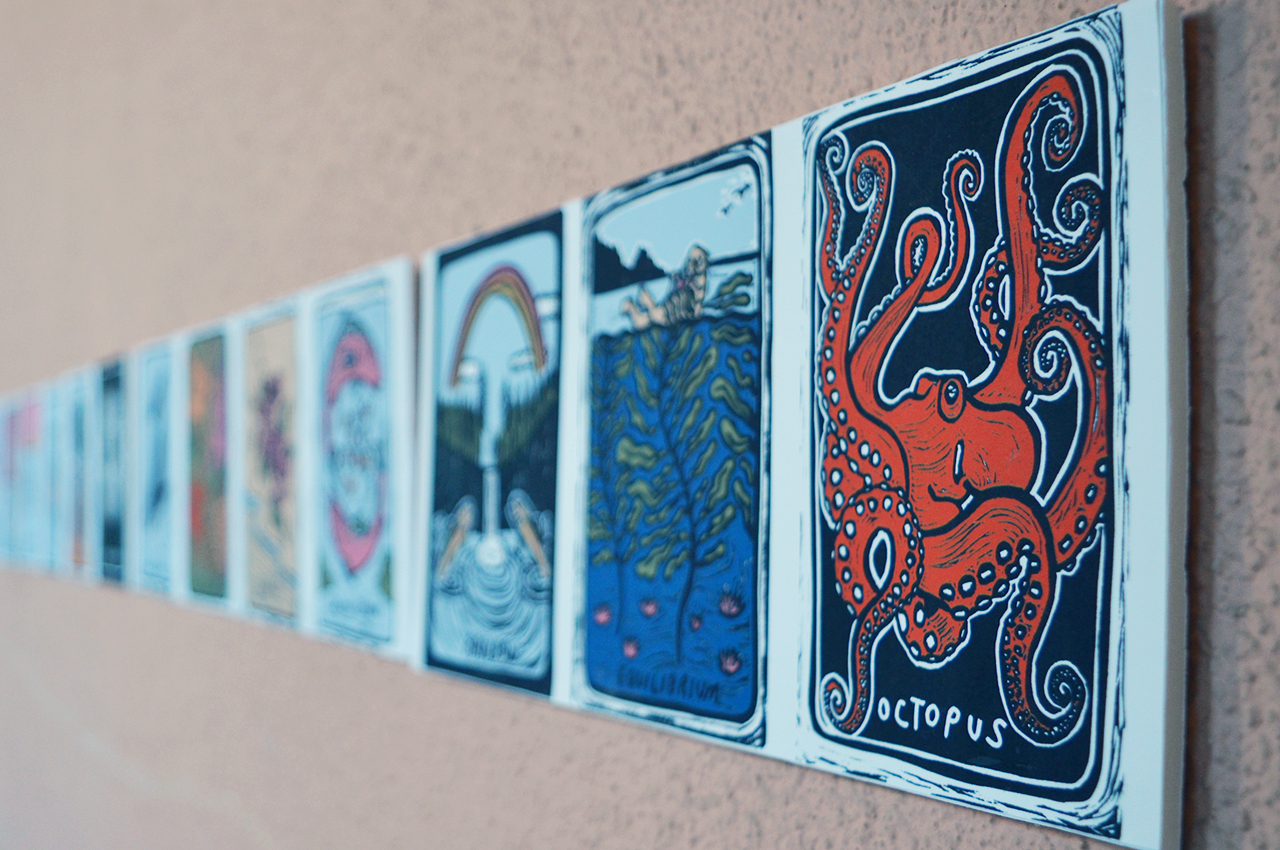 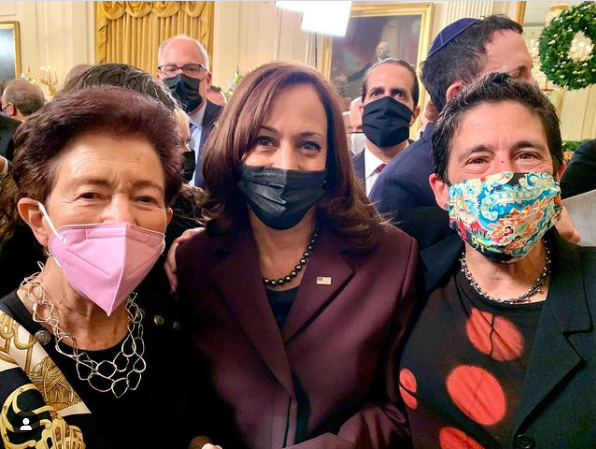