Lisa Liss, who teaches fifth and sixth grades at Woodlake Elementary School in Sacramento, has been on a mission. Every year, she works with her students to make the world a less racist, antisemitic, homophobic and bullying place, ultimately seeking to heal the world through tolerance and understanding.

In 2008, those efforts became tangible with the Bandage Project, an ambitious, 11-year endeavor in which the students collected 1.5 million bandages to represent the number of children murdered during the Holocaust. The names of the dead were inscribed by hand on each one. The project went on display in January at the Museum of Tolerance in Los Angeles, adjacent to the Anne Frank exhibit, and will remain for at least six months.

Liss, 60, came up with the concept after observing that her students, most of whom come from families of color, started to self-segregate by race and ethnic background after sixth grade, when they graduated from elementary school. Friendships would fragment and dissolve, and students would form clusters that grew, or had the potential to grow, more intolerant of each other.

Liss did what she’s always done, and she took the problem to her students.

They were no strangers to prejudice. They experienced it themselves frequently outside of her classroom. On the playground and on the street, the students were subjected to ethnic and racial slurs and epithets. And because they and their families looked a particular way and lived in certain neighborhoods, they often received more scrutiny.

But in Liss’ classroom, they found they could unpack the prejudice, learn about its origins and figure out ways to overcome it. That’s because early on in her 34-year career, Liss had incorporated into her curriculum the study of a time in history when hate and intolerance manifested in a catastrophic way: the Holocaust. Among the many pieces of literature her students read and discussed was Anne Frank’s “The Diary of a Young Girl,” a book that Liss herself had discovered and devoured as a precocious elementary student in a small Texas town.

I truly believe that education is the best way to fight misinformation and hate.

The students ultimately decided that they wanted to honor the lives of those cut short by the Holocaust, and started mulling over how to accomplish that. While they set about forming a group called the Tolerance Club, identifying themselves as the Tolerance Kids, their teacher had a eureka moment.

“My daughter at that time was a teenager,” she said, “One day, she cut her finger and asked whether I had a Band-Aid. Aha! I thought. That’s it.”

Bandages are not only a symbol of healing, Liss said, “but they come in all shapes, sizes and colors, like people.”

Liss’ students got to work on a letter-writing campaign to synagogues, schools and other institutions throughout the country and beyond, asking them to contribute either bandages or money to purchase supplies. Over the years, Liss said, she and her classes heard from individuals and institutions in all 50 states and 24 countries. By her own count, more than 400 of her students took part in the initiative.

As the Bandage Project evolved, it morphed from the goal of remembering the 6 million Jews to honoring the youngest of the Holocaust’s victims, who accounted for about a quarter of those killed. The students gathered children’s identities from databases at Yad Vashem and the United States Holocaust Memorial Museum, among other sources, and wrote their names on the bandages. But because so many of the youngest victims could not be identified by name, the students repeated some names multiple times as they worked their way toward meeting the 1.5 million target.

That target was met in June 2019, more than a decade after the project started, and the bandages were transported to L.A. in two mammoth, Plexiglas crates. The entire experience was documented in a book that Liss put together: “The Bandage Project: Honoring the Lost Children of the Holocaust with Bandages.”

Over the years, the Bandage Project generated interest and support throughout the greater Sacramento Jewish community of approximately 25,000, shaken though the decades by frightening acts of antisemitism. In 1999, three area synagogues made national headlines when they were firebombed by two brothers affiliated with white supremacy groups. The brothers were also found to be responsible for the murder of a gay couple days later, as well as a fire set to an abortion clinic.

As recently as December, a group of high school students from Wheatland, a town about 40 miles north of Sacramento, proudly posted a picture on social media in which they had covered themselves with swastikas and other Nazi insignia, a story that J. reported.

And last fall, antisemitic flyers were dropped on doorsteps and at a school in nearby Carmichael, prompting an investigation by the FBI.

The work Liss and her students do in the classroom is critical to mitigating prejudice and intolerance, said William Recht, CEO of the Jewish Federation of the Sacramento Region. Others in the Jewish community echoed that sentiment — and showed a commitment to the ideals by contributing to the Bandage Project.

“I truly believe that education is the best way to fight misinformation and hate,” said Judie Fertig Panneton, the daughter of Holocaust survivors and a Sacramento-based writer, who said her support of the project was both “an endorsement of the teacher and an endorsement of the lesson.”

Sunny Romer, the former director of education at Congregation B’nai Israel, one of the three synagogues firebombed 23 years ago, said she was “immediately taken by the project.” A relationship developed between the congregation and Liss’ students, many of whom had never met any Jews before they visited the synagogue for a Shabbat service, Romer said.

The Bandage Project and its anti-hate message even made its way to Southern California, where several years ago it became a bar mitzvah project of Teddy Glozman, of Manhattan Beach outside Los Angeles, who organized sessions at his middle school where he and his peers wrote names of the Shoah’s young victims on Band-Aids.

The experience was empowering for Teddy, now a 16-year-old gay high schooler, said his mother, Liz. He was being picked on at the time, she said, and being part of the effort to eradicate prejudice was a way “to stand up to the bullies.”

Liss’ own childhood experiences were ample preparation for her life’s work, she said. Though not a person of color, she grew up poor and felt harshly judged by her peers. “I had my brother’s hand-me-down shoes,” she said, recalling the shame she felt over not measuring up.

She also recalled life in small-town Texas in the 1960s and ’70s, when color lines were as rigid as the attitudes of some of her family members. Her father and Archie Bunker “could have been twins,” she said, referring to the bigoted character from the 1970s sitcom “All in the Family.” When she graduated from high school, she said, her family refused to shake hands with a friend’s Hispanic parents.

Liss said those scarring experiences moved her in the opposite direction. “My brother and I always used to say that we are who we are in spite of” the prejudice.

Today, the impact Liss has made on the lives of young people cannot be underestimated, said Axel Hannemann, one of her former principals and an early supporter of the Bandage Project. She “spurred their interest” in a subject and made it relatable, he said, and kept even the most truant-prone students engaged in school activities, encouraging them to succeed.

Many of Liss’ former students stay in touch with her. Natalee Evans, 22, now a pediatric dental assistant and a student at the San Francisco-based Interior Design Institute, said, “I didn’t know anything about the Holocaust” or Anne Frank until she had Liss as a teacher. Learning about antisemitism and the history of Jews during World War II — which included reading a book by a child survivor, Inge Auerbacher, whom she later met — has served her well in the years since, she said.

“When I moved to an area that was predominantly white for high school,” said Evans, who identifies as mixed race, “I was asked on the very first day of school if I knew how to make tortillas. I was also called names.”

Evans told her classmates who had verbally assaulted her, “Hate hurts. People do have feelings.” Eventually, she said, some of the students who hurled insults at her became her friends. Just as being a student in Liss’ class “helped me become more tolerant,” she said, these students reset their own attitudes when confronted with information about others’ experiences.

Dreay Lopez, 23, another former student, who recently graduated from college and works as a medical office representative, said of Liss, “She really made me feel like her classroom was a safe place to be. She made sure all her students were involved and got a chance to participate, even the students who were not so nice and caused trouble. She never just gave up on them. She wanted them to learn and feel included,” Lopez said. “I try to live a judgment-free and loving life, and I always want to help others. I am the person I am today because I was in her class.”

The Bandage Project can be seen at Los Angeles’ Museum of Tolerance through June 12, which will mark Anne Frank’s 93rd birthday. 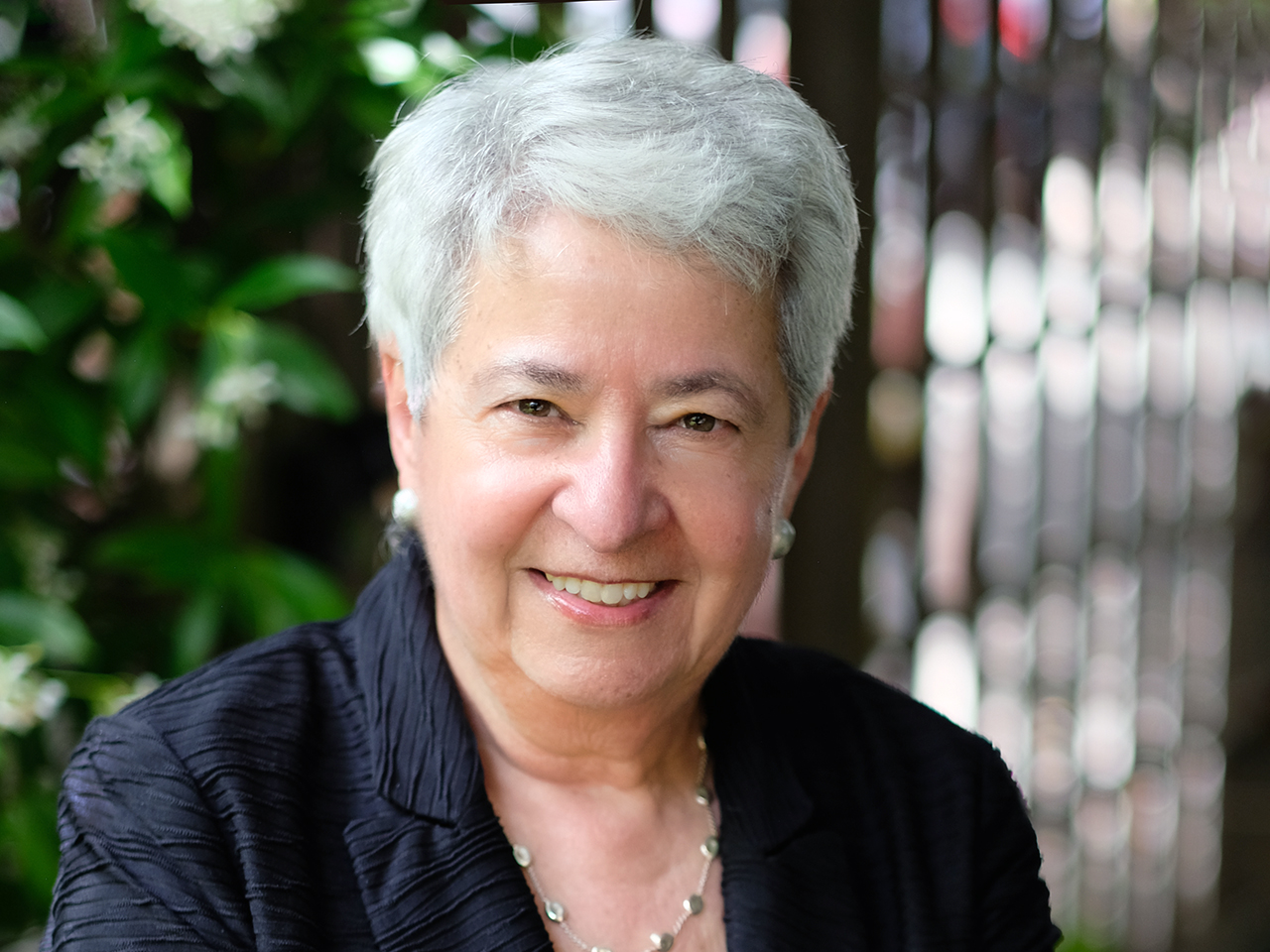