Over the centuries, the Passover seder — and reading from its guidebook, the haggadah — has proven to be among the Jewish people’s most malleable rituals. In the hands of scholars, artists, writers and every kind of Jew in between, the haggadah has been reframed, reworked and recombined anew into countless permutations reflecting different issues and inclinations that speak to countless different Jewish communities in countless different times and places.

In this year’s roundup of new haggadahs, we’re looking at strident politics, engaging art and texts that take us to particular moments in history not usually examined by the haggadah.

“Night of Beginnings: A Passover Haggadah” by Marcia Falk

From the acclaimed Berkeley poet, liturgist and artist, this is a haggadah of art, recomposed Hebrew prayers and an unusual presentation of maggid (the section that tells the story of Passover). Though the structure is traditional, Falk has composed new prayers that replace the formulaic with the gentle and poetic. She prefers to begin with, say, the more active n’vareich (“let us bless”) rather than the passive, traditional baruch (“blessed is”), and to address God with evocative gender-neutral terms like Eyn Hachayim (“wellspring of life”) rather than the masculine Adonai.

At one point, Falk offers up a brief blessing for parents to say to their children, one version for sons and one for daughters. In a haggadah that strives to be inclusive, this feels like a missed opportunity. Many parents have children to bless who identify as nonbinary, and groups such as the Nonbinary Hebrew Project are working on gender-neutral liturgical formulations. Yet in her “revisioning” of the Four Children, she invites readers to choose whichever pronouns they wish for the children. Other sections, such as the Four Questions, are presented in their traditional text.

Falk’s most interesting choice is the decision to present large chunks of the Biblical text of the Passover story, rather than the haggadah’s traditional meandering, abridged take on it. This allows Falk to focus our attention on the characters in the Biblical story, such as Moses (who is famously absent from the standard haggadah) and female characters such as Miriam and the midwives Shifra and Puah. All the artwork is by Falk herself, featuring lovely drawings of flowers that reinforce Passover’s springtime theme of rebirth.

The bestselling new haggadah on Amazon is also the year’s most reprehensible new haggadah. “The Rational Passover Haggadah,” by eminent right-wing pseudo-intellectual pundit Dennis Prager, author of 2018’s “The Rational Bible,” was published by Salem Books, a conservative Christian imprint. Is this haggadah itself Christian? Only in that it seems eager to please adherents of the Christian right.

For years, Prager has provided his Jewish bona fides to the Christian right as a fig leaf for their bigotry. As for this haggadah, much of it is unremarkable commentary on the seder. But it often veers into outright racism and historical counterfactuals, such as an essay in it that states, “Nearly all the moral good of the modern age was achieved in the West, the civilization rooted in the Bible, in Judeo-Christian values.” Later in the same essay, he praises Christianity as the bedrock of America with this thoroughly debunked rhetorical question: “One thing is certain: when Christianity died in Europe, fascism, Nazism, and communism took its place. If Christianity dies in America, what will replace it?” Rational indeed.

Available in translation for the first time, in a slick, new volume published by the left-wing magazine Jewish Currents, this haggadah, originally written in 1971, is stunning to behold. Once thought lost to time, it has been published thanks to a team effort that involved journalists, haggadah collectors, activists and some of its original editors.

The Israeli Black Panthers movement was an anguished outcry from impoverished and culturally marginalized Israelis from Arab countries in the 1970s. Members of the movement composed this haggadah in a tin shack on a typewriter stolen from the headquarters of a wealthy political party. Then they printed copies on a mimeograph, also stolen.

This new edition includes stark, contemporary graphic design, archival photos and historical notes that help today’s reader understand the context of the original, the text of which is somewhere between political manifesto and religious ritual. In their version of Ha Lachma Anya (the Bread of Our Affliction), the Panthers write: “This is the bread of affliction that our forefathers ate in the land of Morocco and Egypt. Little did we know, we’d have even less in Jerusalem.” During Ma Nishtana (Why Is This Night Different?), they write:

On every other night we barely eat bread and water,
And on this night we don’t even have matzah and water …
They want to make us slaves in Israel.
But the Black Panthers will take us out with God’s help …

This 50th anniversary edition of “The Israeli Black Panthers Haggadah” can be a shocking, radical read. I don’t know how useful it will be around your seder table. But it’s an incredible artifact that sheds light on a slice of Israeli culture and history they didn’t teach you about in Hebrew school.

Though there is running commentary by a number of big-name scholars and Jewish leaders, the real draw here is the photography of Zion Ozeri, who has for decades traveled the world documenting diverse Jewish communities. On the page for hand-washing, there is a black-and-white picture of a woman washing her hands in a Jewish soup kitchen in Buenos Aires. At Arami Oved Avi (My Father was a Wandering Aramean), a color photo of tourists on camelback in Israel. In the middle of maggid, a young man holds up a Torah during services at a U.S. Jewish summer camp. The haggadah is used in some form or another by Jews all over the world, and the breadth of world Jewry depicted in this haggadah is a beautiful reminder of that.

One great added feature: QR codes that point readers to additional resources online, such as melodies and discussion questions. Makes a good coffee table book, too.

A less traditional take on the artistic haggadah, this one features the edgy, contemporary artwork of collage artist Emily Marbach. You can so clearly see the layers of material in each collage, reproduced in full-bleed color, it almost looks like you could touch them and feel the texture: hand-drawn elements mingle with old photos and snipped-up chunks of Hebrew type. It’s sometimes literal, sometimes a little cheeky, but always evocative.

“The seder is not casual, it is prescribed — and that is why I decided to leave the text as it was codified in the year 1000 CE,” Marbach writes in her introduction. “This haggadah has no agenda. The collages are there to keep your eyes on the page while you wade through the story of the exodus from Egypt.”

The Israeli artists’ collective Asufa puts out a new haggadah every year, each page lavishly illustrated by a different artist. Here’s how much I like it: This is the fourth time I’ve included it in my annual haggadah roundup. I always know I will see new off-the-wall artwork in it, visually reinterpreting the full traditional Hebrew text of the haggadah to eye-popping effect. (See the main image at the top of this article for a particularly exuberant example.) It’s great every year. I didn’t even need to see preview images to know I was going to order one again this year. Note: It’s all Hebrew — no translation. So it may or may not be particularly useful to you around the seder table. But it’s a great art piece to have.

“Curb Your Haggadah” by Dave Cowen

Yep, it’s a “Curb Your Enthusiasm”–themed haggadah. Author Dave Cowen is also the man behind other recent pop-culture haggadahs, such as “The Yada Yada Haggadah” and “The Biden-Harris Haggadah.” This one is written like the script to an episode of “Curb,” requiring seder attendees to play the parts of main and recurring characters from Larry David’s hit, never-ending HBO comedy. If you really, really love the show, maybe this is the haggadah for you. If you don’t, it isn’t.

“The Hitler Haggadah” by Nissim ben Shimon. This one was published last year and somehow escaped my attention. Actually, it was first published in Judeo-Arabic in Rabat, Morocco, in 1943, but this is a new edition that includes an English translation and historical context. It tells the Passover story from the perspective of Jewish victims of Nazi Germany’s North African campaigns. The four sons are recast as major players in the war: Hitler (the evil son), Britain ( the wise son), America (“the honest one”) and Mussolini (“who isn’t worthy of our words”). Whatever you make of that analogy, this is an eye-opening look at World War II through the eyes of Jews who aren’t typically included in the Holocaust narrative that sometimes intrudes on contemporary seders.

“The Four Cups: A Recovery Haggadah” edited by Rabbi Shais Taub. It’s an intriguing idea: a haggadah targeted at people who have struggled with addictions, particularly alcohol. The seder, organized as it is around four cups of wine, must be a difficult, triggering experience for many alcoholics. A haggadah designed to help that population is a welcome concept.

“Liberating Your Passover Seder: An Anthology Beyond the Freedom Seder” edited by Rabbi Arthur Ocean Waskow and Rabbi Phyllis Ocean Berman. This isn’t a haggadah. But if you’ve read this far into this roundup, you may find it interesting. This collection looks back on decades of “freedom seders,” from the first one in 1969, which radically reimagined the seder as something more than just Jewish liberation. In the hands of the organizer of the original freedom seder, Waskow himself, the seder became a chance to tie Jewish and Black liberation stories together. This volume touches on the myriad feminist seders, queer seders, environmentalist seders, Israel-Palestine peace seders and more for which it paved the way.

“Heroes Haggadah” from haggadot.com. Haggadot.com is a great resource. It’s full of readings that allow you to build and share your own haggadah online with a pretty easy-to-use interface. This year, they have a new block of material that uses superheroes and other pop-culture protagonists as a lens for looking at the themes of Passover, much of it written by J.’s own TV critic, Esther D. Kustanowitz. I will be appearing in a virtual event with Esther and Rabba Yaffa Epstein to talk about heroes and haggadahs and the “Heroes Haggadah” on March 31 at 10 a.m. Sign up here! 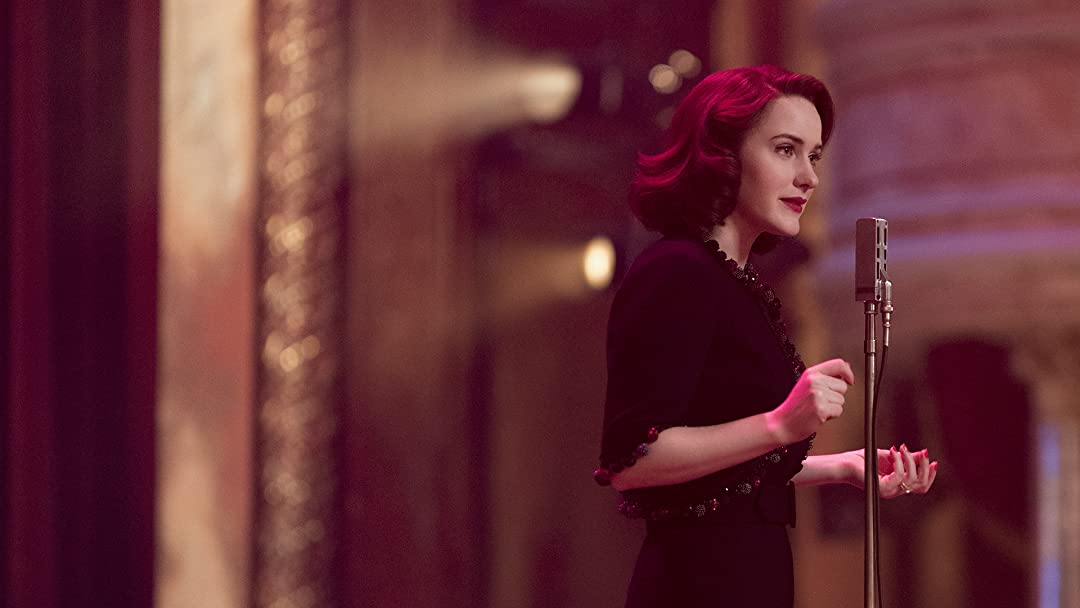 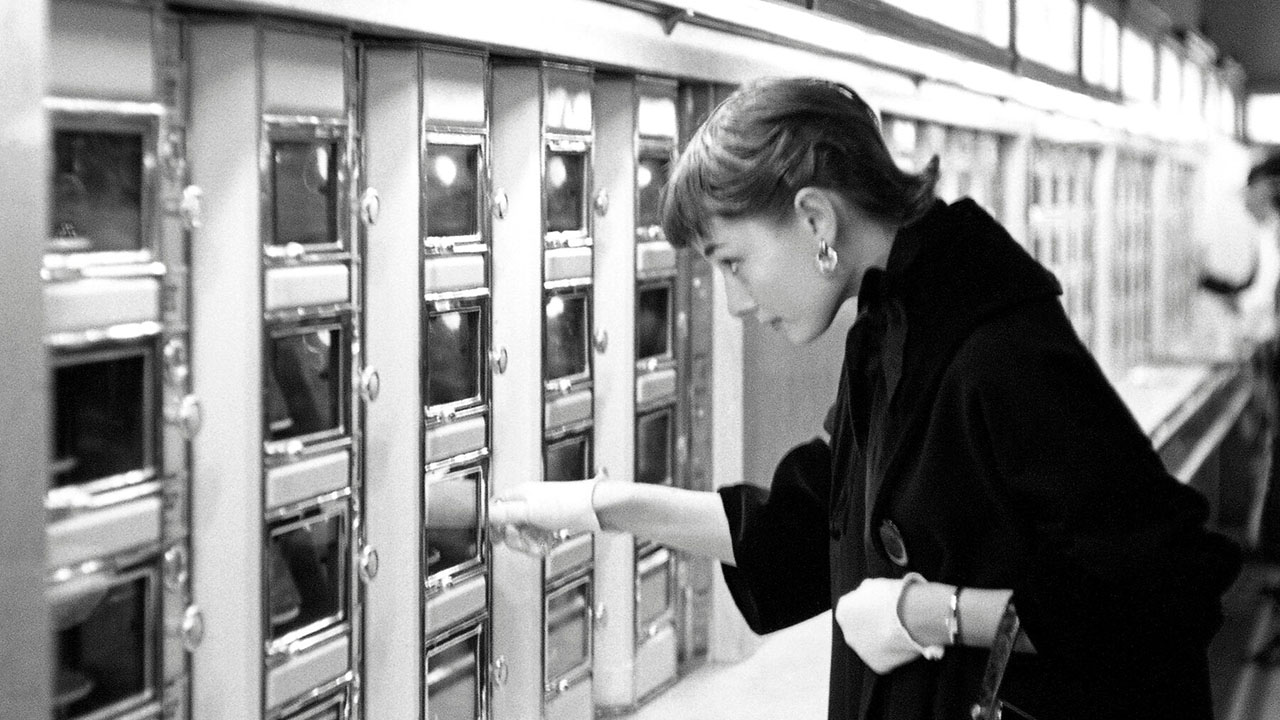