Yes, refusing to give a Jewish divorce is abuse

Is refusal to give a get, or Jewish writ of divorce, a form of domestic violence?

Women have always known this to be true, but now California’s courts do, too.

In what we hope will become a precedent for Jewish women trapped in abusive marriages, the recent Los Angeles court victory for Michelle Hazani is something to celebrate. Thanks to a new California law that recognizes coercive control as a form of abuse, Michelle won her freedom from her abusive husband in February after her attorney successfully argued that the husband’s refusal to grant Hazani a get was an attempt to control her.

While our civil courts cannot issue a Jewish divorce, they can and did make other rulings in Michelle’s favor because the judge understood get refusal for what it is: an act of abuse.

For a divorce to be valid, Jewish law requires the man to grant permission, whether the decision to end the relationship is mutual or not. That’s right: Only the man can decide if a couple will divorce.

What century are we living in?

Even if a woman tries to leave because of horrendous abuse, she has no ability to un-couple without her husband’s permission. This is a built-in guarantee of control for abusive husbands.

Women have no rights in Jewish divorce. This fact was poignantly portrayed in the 2014 documentary “Gett: The Trial of Viviane Amsalem,” which revealed the agonizing true story of an Israeli woman (simply trying to leave an unhappy relationship) and all of the men (from her husband to relatives to the rabbinic court) who humiliated, blamed and ruled against her.

At Shalom Bayit — the Bay Area’s Jewish hub for abuse prevention and response — we see many stories like Michelle Hazani’s and Viviane Amsalem’s, where a woman tries to leave an abusive relationship. The abuser threatens to take the kids away, destroy her life, make it impossible for her to leave. She is trapped. By refusing to grant a get, her husband can also prevent her from dating, remarrying or having children under Jewish law, and she is never legally untangled or mentally free from his control.

Fortunately, here in the Bay Area we have incredibly supportive Orthodox rabbis who skillfully support victims of abuse and are often successful at encouraging recalcitrant husbands to grant a get that allows a woman to move on with her life.

In other communities, women are not so lucky.

Organizations around the world, such as ORA (Organization for the Resolution of Agunot) are working with religious courts to free observant Jewish women from the tyranny of being chained (agunah in Hebrew) to abusive husbands, and to “foster a Jewish community in which a get is never used as a weapon.” ORA states that “the protracted refusal to issue or receive a get is a form of domestic abuse that must never be tolerated.”

Contrary to popular belief, domestic abuse does not always take the form of physical violence. It is a pattern of power and control, where one person in an intimate relationship is systematically controlling the other. The abusive partner will use whatever tactics work to establish control. When those weapons of control aren’t physical, the abuse is less visible to the world — and often not illegal.

But it is equally destructive.

Judaism teaches that to harm a soul is just as life-destroying as harming a physical body. Yet verbal and psychological abuse — gaslighting, severe isolation, threats, manipulation, intimidation, relentless daily humiliation and verbal assaults — are often not “technically illegal” in the eyes of the court.

The new coercive control law may help change that. Senate Bill 1141, signed into law by Gov. Gavin Newsom in September 2020, went into effect Jan. 1, 2021 and amended California’s family code to grant legal protections, such as restraining orders, even when the abuse isn’t physical. It names coercive control — a term coined by researcher and forensic social worker Evan Stark in 2007 — as grounds for protection.

Finally, and thanks to years of advocacy from the domestic violence advocacy field, California law is looking at the underlying root of the problem rather than just the symptoms.

Finally, the law is making room for earlier intervention, before someone is already at risk to end up dead.

As this new law begins to be applied, I hope it will give many more women the protection they deserve much earlier in the process, before physical violence even starts. Protection and prevention — it’s about time! 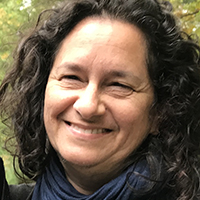