Jewish horoscopes: This month, you’ve got to have heart

The month of Sivan is the Mercury/Kochav-ruled month of Matan Torah — Receiving the Torah. Sivan’s tribal leader Zevulon embodies Mercury’s travels; he taught the other tribes all the ins and outs of their neighbors all along the Mediterranean coast.

The Mercury-ruled attribute of communication, divinely displayed on Shavuot (June 4-6) at the giving of the Torah, is mirrored in a human way by Zevulon and the constellation Gemini/T’omim, the twins.  We see this when Mercury stations direct June 3, re-entering Gemini on June 13 and reaching his original retrograde point by June 20, his sextile to Jupiter/Tzedek, at the last quarter moon in Pisces/Dagim. The clouds of confusion part as we finally get a glimpse of the big picture. The circuitous route has taken us exactly where we were meant to go. As late as we may feel, we arrive exactly on time. We are seeing from the heart.

Saturn/Shabtai stations retrograde on Leil Shavuot — the night of all-night learning that begins the holiday of Shavuot —  a perfect time for structuring our learning to fit the shape of our soul, not the other way around. The full supermoon in Sagittarius/Keshet June 14 wants to break free of all constraints; Mars/Ma’adim conjunct Wounded Healer Chiron in Aries/Taleh June 15 will do almost anything to rescue the vulnerable and free the captives. The sun trines Saturn and squares Neptune/Rahav June 16, supporting systems to identify misinformation. Venus/Noga squares Saturn and sextiles Neptune June 18-19, emphasizing empathy in diplomacy. Governmental power, especially over the global flow of capital, may be in play at the Summer Solstice/Tekufah Tammuz June 21, with Venus trine Pluto. The new moon in Cancer/Sartan June 28 with Neptune retrograde and the sun square Jupiter, demands all reforms meet the heart test. You’ve gotta have heart — and if not, you’re not going anywhere.

You’re literally in your element with Mars/Ma’adim in Aries throughout June. For those who have done the work of spiritual development, especially during the Sefirat HaOmer season, your maturity will manifest in public ways. At the conjunction of Mars to Wounded Healer Chiron June 15, the ripening soul will put energy into compassionate action. Those who are resisting the work will feel the harmful urge to strike out when their unaddressed wounds are triggered. The sextile of Mars to Saturn/Shabtai June 27 supports your investment in communal identity. You’re known by the company you keep.

With Venus/Noga in her home earth sign of Taurus during much of June, you’re seeking harmony and peace of mind. What you’ll receive instead may be a wildly exciting, possibly short-lived, but surely unique opportunity for out-of-the-box partnerships June 11 when Venus conjuncts Uranus/Oron. Creative chaos demands structure June 18 with the square of Venus to Saturn/Shabtai. The Summer Solstice/Tekufah Tammuz sees a dramatic power shift with Venus trine Pluto. Venus enters Gemini/T’omim June 22, making you aware of an unusual level of double-mindedness around your money and material world.

Mercury/Kochav’s retrograde has been rough. To everyone’s relief, Mercury stations direct June 3, re-entering Gemini June 13, but not reaching the point of his original retrograde until the Summer Solstice/Tekufah Tammuz. Many misunderstandings and communications glitches can be reinterpreted when Mercury trines Pluto June 10. The full supermoon in Sagittarius/Keshet June 14 triggers an unusually strong need for personal freedom. No need for superlatives or hyperbole to make your point June 20-27, during which Mercury sextiles Jupiter/Tzedek and Wounded Healer Chiron. The plain, unvarnished truth is dramatic enough to make your point.

You’re analyzing your own thought processes at the first quarter moon in Virgo/Betulah June 7. Your thoughts contribute to health issues, especially those exacerbated by any kind of a sedentary lifestyle. These come to dramatic light June 14 at the full supermoon in Sagittarius/Keshet. Trust your instincts around self-healing at the last quarter moon in Pisces/Dagim June 20; the Summer Solstice/Tekufah Tammuz, during which the sun enters Cancer June 21, will energize your desire for wholeness. The new moon in Cancer June 28 is your annual new beginning. Take advantage of the opportunity to reset your life!

During June you’ll get by with a little help from your friends, but only if you’re humble enough to let them tell you the truth June 6 when the sun sextiles Wounded Healer Chiron. Shore up your own core competencies and feel your intrinsic power when the sun trines Saturn/Shabtai and squares Neptune/Rahav June 16. The sun enters Cancer/Sartan at the Summer Solstice/Tekufah Tammuz June 21; you’re in touch with your own unconscious process, and that awareness supports important decision-making June 28 at the sun’s square to Jupiter/Tzedek. Bigger isn’t always automatically better.

Your analytic powers feel restored between June 3-6 when Mercury/Kochav stations direct at the first quarter moon in Virgo. Though your normally keen perception has felt a bit uncertain lately, the trine of Mercury to Pluto June 10 has you firing on all cylinders, and nothing gets past your gaze, which is constantly sifting and evaluating details. Mercury re-enters Gemini/T’omim June 13 and returns to his original pre-retrograde point by his sextile to Jupiter/Tzedek June 20 at the last quarter moon in Pisces/Dagim. If you want emotional generosity from others, prepare to offer it yourself.

Venus/Noga conjuncts Uranus/Oron June 11 and squares Saturn/Shabtai June 18. Though harmonious relationships are of paramount importance to you, you’re willing to risk discord over that which you find unjust and unfair. Call the system into accountability by demanding shared ideals as the basis for social action and exposing hypocrisy among leadership. Venus sextiles Neptune/Rahav June 19 and trines Pluto at the Summer Solstice/Tekufah Tammuz. Your charisma inspires others; use it for positive change! Venus enters Gemini/T’omim June 22, supercharging your sparkly charm quotient. Consider running for elected office!

You’re powerful, persuasive and passionate June 10 when Mercury/Kochav trines Pluto. Be aware of the ability of words to both wound and to heal June 15 when Mars/Ma’adim conjuncts Wounded Healer Chiron. Your natural intensity makes even the most casual statement full of intention; be conscious of your power to create and destroy when Venus/Noga trines Pluto at the Summer Solstice/Tekufah Tammuz. This is especially true for those who are less developed in both willpower and personal insight; careful not to push them too quickly when Mars sextiles Saturn/Shabtai June 27.

It’s your naive but wholehearted belief that universal unity could be achieved if everyone knew “the truth,” and the full supermoon in Sagittarius June 14 wants to tell it to the world. However, there are so many competing interpretations of the truth, and you’re disgusted that so many folks fall for the wrong ones. Mercury/Kochav sextiles Jupiter/Tzedek on June 20, and you demand a rational explanation! This comes to a head June 28 with the sun’s square to Jupiter. Frustration with public opinion and private beliefs makes you want to take your toys and go home.

Saturn/Shabtai stations retrograde June 4 on Leil Shavuot; review, reconsider and reprioritize your personal values and how they align with your current goals. A great opportunity for clarity and conviction opens June 16 when the sun trines Saturn. Real conflict between romantic harmony and core beliefs is possible when Venus/Noga squares Saturn June 18. This can only be resolved by unpacking those beliefs with your partner and noting where they align and diverge. Everything outside your non-negotiable red lines must be eliminated! Mars/Ma’adim sextiles Saturn June 27, energizing you to jettison the unusable.

You’re the lucky winner of the love lottery this month. Whether you’re attracting attention for your intrinsic uniqueness or attracted to someone for that very quality, the June 11 conjunction of Venus/Noga to Uranus/Oron in sensual Taurus/Shor is sure to produce some rare coupling. This may be brief but spectacular, as the sun’s square to Neptune/Rahav June 16 exposes the nearly unbearable gap between your lived reality and lifelong idealism. Best bet for a healthier self: eliminate “should” from your vocabulary. Acknowledging your own frail humanity helps you accept the same in others.

You’re able to look at your recent creations through a lens of data and information when the sun squares Neptune/Rahav June 16, which helps you understand the impact your ideas are making in this world. Don’t take your findings personally — take them as a learning curve upgrade. Don’t be afraid to redesign your internal structures to accommodate new understandings. Venus/Noga sextiles Neptune June 19, right before the last quarter moon in Pisces June 20. Repackage what you’ve learned in the most attractive way possible before Neptune stations retrograde June 28. Your creative wisdom is market-ready! 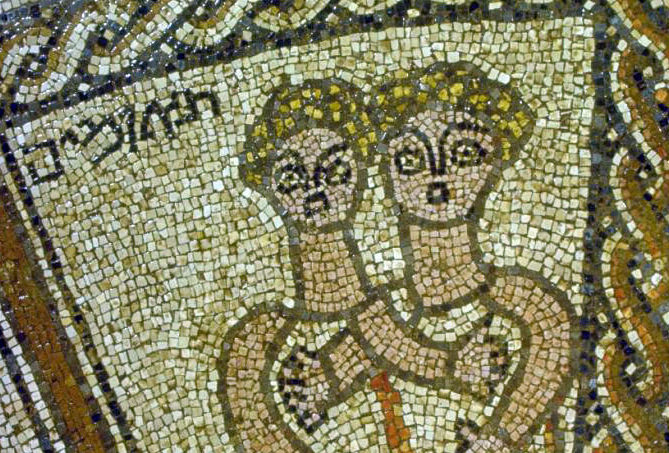 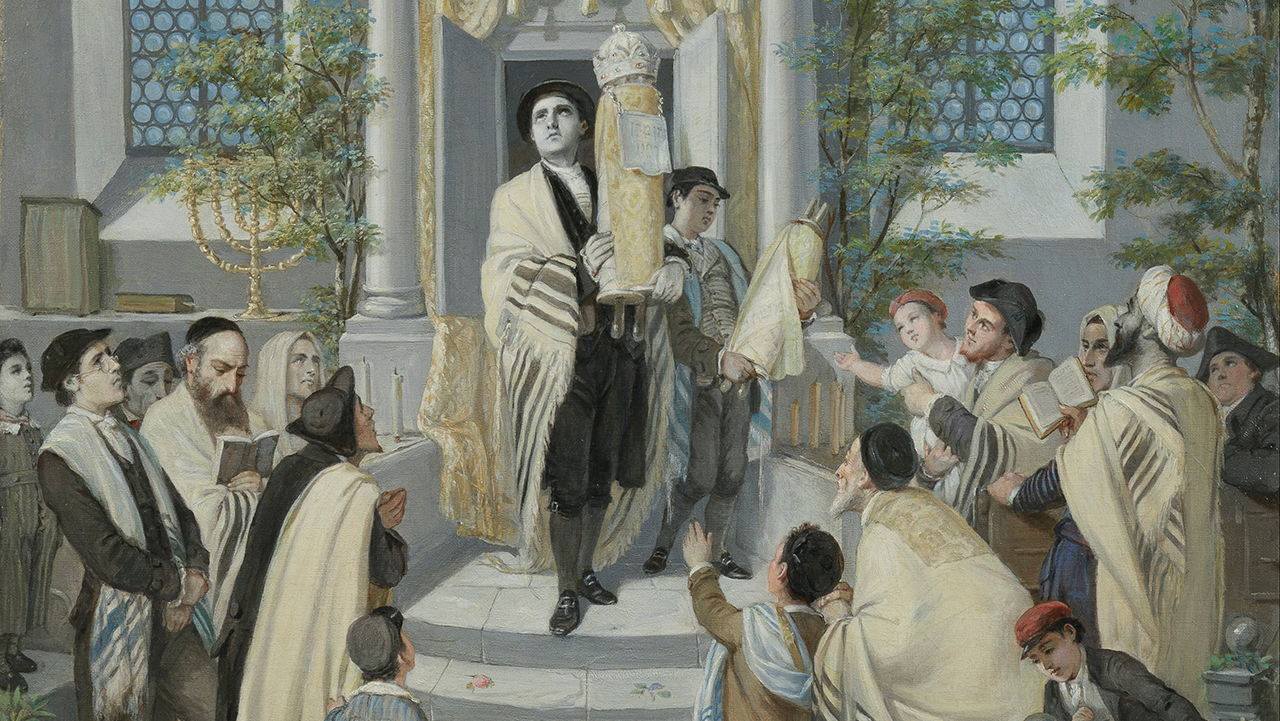 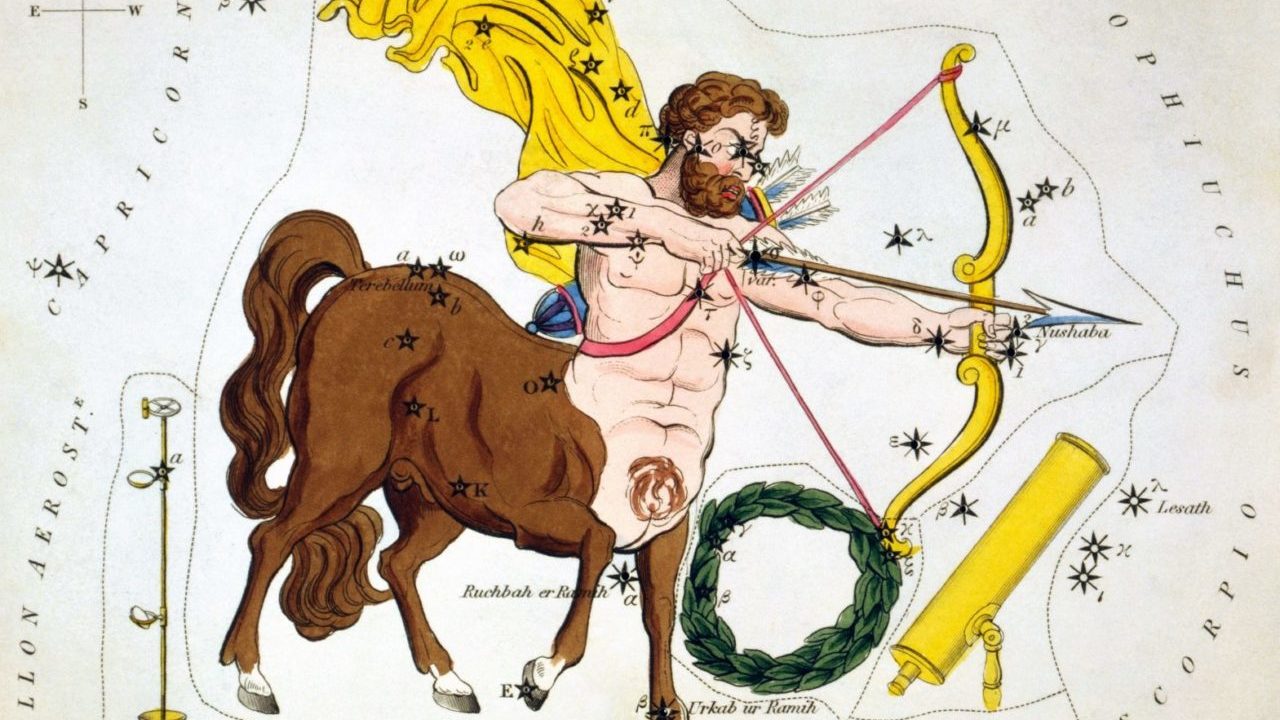 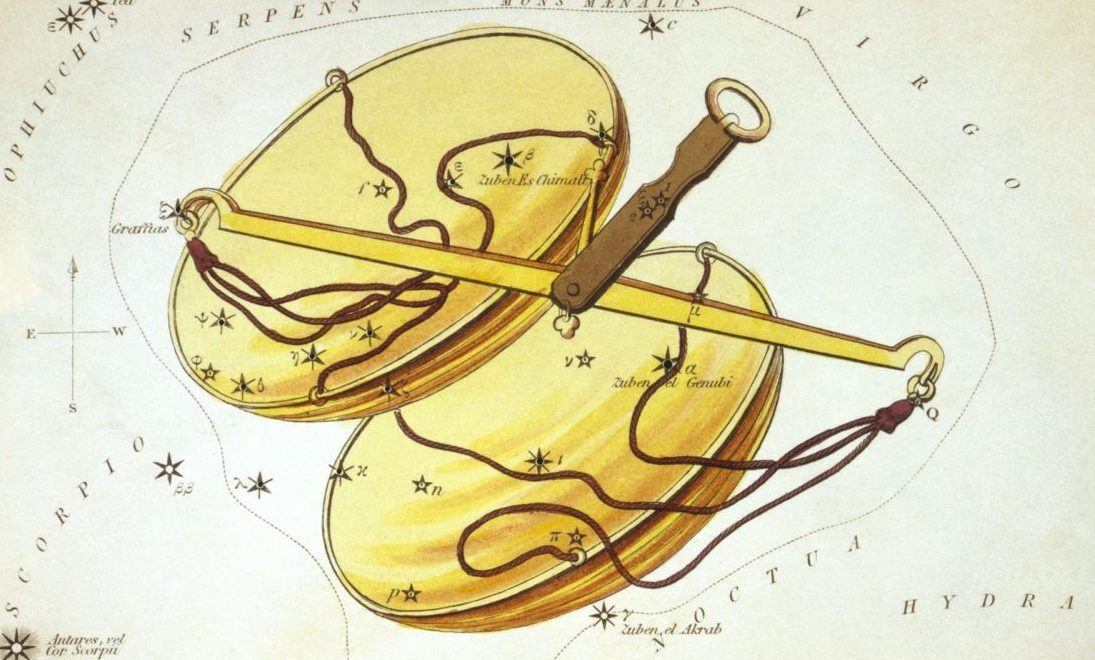