S.F. Jewish Film Fest: In ‘Let It Be Morning,’ a Palestinian village on the verge of change

Eran Kolirin’s new film, “Let It Be Morning” (“Vayehi Boker”), this year’s closing night film at the San Francisco Jewish Film Festival, begins with a wedding in a small Arab village. We know little about the couple — and they seem to know little about each other — but their marriage seems doomed. First, because the celebratory doves, released at the ceremony as a symbol of love and peace, do not fly. Second, because the marriage is not consummated — the groom Aziz frets and sleeps downstairs with his brother Sami (Alex Bakri). And third, because the Israeli army has closed off all the roads, sealing the village.

It’s not just Aziz who seems unable to act effectively — the pervasive sense of the entire film is of unconsummated union. The community simply can’t get its act together – “In this village, we can’t get two people together for backgammon,” comments one local. The disunity is clear not only on a marital level but on political and civic levels as well.

Sami — the film’s central character — can’t make his marriage work. In a moment of brief solidarity and intimacy, his mother tells him that he’s following in proud family footsteps because she and his father have had a hollow marriage for decades.

Ehab Salami plays Sami’s childhood friend, the nebbish Abed. It’s a supporting role of award-winning verisimilitude, where every action from investment to serenade to martyrdom is a failed attempt to win back his wife. Abed’s splendid new minibus taxi is especially useless in the siege, embodying the absolute uselessness of group transport when no one wants to travel together and there’s nowhere to go.

The premise is Chekhovian: A grown family used to living apart is brought back together under the single roof of the failing patriarch, Tarik (Salim Dau). But, as with Chekhov, there’s a sense of the world changing. “Let It Be Morning” is hopeful. It is explicitly set, “Just before peace broke out,” and, although that is undercut by the flightless doves at the wedding (one is later eaten by a cat), there is a constant hope that, actually, they will fly.

The film’s Hebrew title “Vayehi Boker” comes from the biblical story of creation, in which days are created: “vayehi erev, vayehi boker” — “and there was evening and there was morning.” It make take a while, the film intimates, but morning will finally dawn on the marriage.

That generalized hope, along with the political standoff that constitutes the current peace process, are the twin significant contexts for “Let It Be Morning,” winner of seven Ophir Awards. Most notably, these plaudits — Israel’s equivalent of the Oscars — included one for its director, Eran Kolirin, who also directed 2007’s “The Band’s Visit.”

Even though a majority of Israelis and Palestinians favor mutual recognition of their states, a combination of impotence, incompetence, malice and opportunism have repeatedly sabotaged peace over the past three decades since the Oslo Accords. So, yes it matters that the village roads are closed by the IDF; yes it matters that the Israeli army is building a separation barrier that will divide the village from Jerusalem where Sami has a lucrative coding job; and yes it matters that the ongoing Occupation has warped all the village relationships. But the film is still not really about that. It’s a portrait of the village, the villagers, and the people who are stuck in the village as the winds of history are insistently blowing.

Kolirin’s collaborators in this portrait are primarily Bakri, a well-known Palestinian actor and editor, and Sayed Kashua, the co-screenwriter upon whose 2006 novel the film is loosely based. Kashua is one of the few Arabs who have succeeded as a writer in Israel. He’s a novelist and TV writer whose most famous show, “Arab Labor” covers the travails of an Arab family trying to get by in Jerusalem. That show’s satire is often laugh-out-loud hilarious and extremely pointed, but was successful across all Israeli society, not just Israeli Arabs, over the course of its four seasons.

Alas the film is neither as rich a representation of Arab culture as Kashua’s TV show, nor as effective as Kolirin’s “The Band’s Visit” in eliciting sympathy for its neglected small-town community. If only Kolirin had assigned Kashua to write Juna Suleiman a part worthy of her we might have had a performance to rival that of the late, great Ronit Alkabetz in his earlier film. As it is, Suleiman’s wired but weary, betrayed performance as Mira Sami’s wife, steals the show in her all-too-brief appearances. Women are given little space by the filmmakers and, to be kind, we might say that’s because they are given little credence by any villagers with power.

The novel upon which the film is based is a thinly veiled account of Kashua’s own return to his childhood village of Tira. Though the movie abandons many details of the book, Sami — who is rarely off screen — remains the protagonist. In Sami, Bakri portrays a Palestinian enervated by a return to his boyhood roots who is forced to face up to his own, and his people’s, failures.

Unlike “The Band’s Visit,” that manages to provide moments of connection through the eyes of visiting outsiders, “Let It Be Morning” demonstrates the lack of unity. The village, which represents larger civic structures, isn’t united. Sami’s family is pushed together physically, yet is falling apart emotionally. Even Arab unity in the face of the IDF is an illusion — thinking it might help reopen the roads, the low-level mafiosi who have informally taken over the village expel Gazans who have come to build. This disunity extends as far as Sami’s own mind. But, without the internal monologue of the book to explain what’s happening and why, scenes of Sami being irresolute too often look like scenes of Alex Bakri exuding melancholy.

“Let It Be Morning” is widely described as satirical, but — if at all — it’s not satirical like “Arab Labor.” Like Chekhov it feels microcosmic, as if the characters in this small rural scene stand for larger figures in the national picture. But, also like Chekhov, it’s too subtle for such a simple allegorical mapping. The film portrays a community in an unsustainable situation on the cusp of some change. But what that change might be, it doesn’t say. 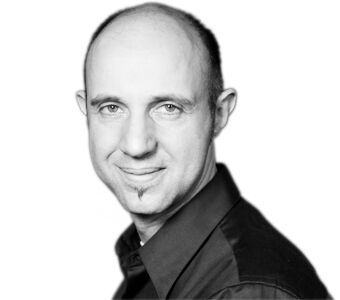