Shira Potash recently traveled from El Cerrito to a small village in Germany to visit a three-story red brick building with stone trim. She had been there before, but this time was different.

Located in the village of Ronnenberg, the building was once the home of her grandmother and great-aunt. Today it serves as a municipal center, and Potash and other family members had been invited to come see a new exhibit there about the town’s former Jewish residents.

On permanent display are a tallit, porcelain figurines, a silver place setting, handwritten letters and a typewriter once used to write to the U.S. State Department. All are part of a remembrance of Ronnenberg’s tiny Jewish community, about three dozen people, who were killed or displaced during the Holocaust. Many of them were part of the same family, the Seligmanns.

One of the rooms in the former family home was used as the community synagogue, and fittingly it now houses the display.

Ronnenberg, near Hanover, has fewer than 25,000 residents and doesn’t get many tourists, so the exhibit is for local residents.

“Obviously, there’s no way the Germans can make up for the Holocaust,” Potash, 43, told J. after her return. “But the way they’re acknowledging their past and trying to reconcile it is really admirable. I’m really touched by the efforts that the German government and individual people have put into trying.”

When Potash refers to individual people, she is speaking largely of Peter Hertel, 84, and Christiane Buddenberg-Hertel, 74. The couple, with the support of the town, have been largely responsible for the efforts to remember its former Jewish residents.

Potash’s great-grandfather Siegfried Seligmann was the kosher butcher in town, and he sold nonkosher cuts to the non-Jews, so he was known by everyone. After Kristallnacht, he was arrested and then released on the condition that he leave Germany at once.

Siegfried, his wife, Alma, and younger daughter Ursula ended up on the St. Louis, the ship whose passengers were refused entry to Cuba and sent back to Europe. There, the family was separated and sent to different detainment camps in France. Meanwhile, Seligmann’s 16-year-old daughter Else (Potash’s grandmother) stayed behind in Germany because her visa number was coming up, giving her the best chance of getting out. She got permission to go straight to the United States, and eventually the rest of the family reunited there.

“Somehow they were all able to escape across the Pyrenees mountains into Portugal and get to America,” Potash said, repeating the story that was told to her. Afterward, they heard that everyone in one of the detainment camps had been sent to Auschwitz. “My grandmother never wanted to talk about her experience, but my great-aunt [Ursula] was the one who went through the trauma and was the one who was willing to talk. I’m sure there was a lot of guilt on my grandmother’s part,” having been spared that trauma.

The town’s efforts to memorialize its Jews started many years ago. A retired journalist and author, Hertel wrote a book about what happened in his hometown during World War II. As a journalist, he often broadcast programs about Judaism. He told J. his grandfather had hidden a Jewish friend in his attic during the war, and perhaps that’s why Hertel feels so motivated to do this work. “I’ll keep doing it as long as I’m able,” he said.

A resident of Ronnenberg since 1973, Hertel felt the legacy of the town’s Jewish residents was largely forgotten and years ago set out to do something about it, writing two books about the Seligmann family. In 1998, the town invited former residents and their descendants back to visit. Hertel and his wife created a traveling exhibit for schools and an accompanying study guide about the Jews of Ronnenberg, “which is an example of how the Nazis expelled and partially murdered the entire Jewish population of a medium-size town in Germany,” Hertel said.

The town has built a memorial to the Jews, both those who were killed and those who were expelled, based on his research. The Hertels have collected video testimonies from three Holocaust survivors from Ronnenberg for high school students to watch. And the Jewish cemetery, once largely ignored, is now kept up by the town.

In 1998, the mayor put a plaque on the town hall to commemorate the Seligmanns who once lived there, and 19 of the extended family members attended, including Potash (then 19), her grandmother Else and her mother, Helen Seligmann Hordes. Hordes, who donated some of the objects for the new exhibit, went back again in 2019 when stolpersteine, or stumbling stones, were placed to memorialize her family members. She has also developed a friendship with the Hertels.

While Else is no longer living, Ursula lives in Israel. She’s never been back to Germany, but on the recent visit Hordes video-chatted with her while walking through the halls of her old house in Ronnenberg, showing her the display of Seligmann family photos mounted in the hallway.

Other Seligmanns joined Potash and her mother on the visit, including some distant cousins from the U.K. and Israel that she didn’t know existed.

“We had never heard of them or had any idea how we were related,” Potash said. But Hertel knew. He had put together a three-hour lecture about the Jewish history of Ronnenberg, dating back to the 1700s.

For Hertel, this work has become even more important as the last living Holocaust survivors are dying.

“Our goal is primarily to educate young people,” he said. “For today’s generation, the incomparable, unique Nazi crimes will become history — as if they happened far away, in Eastern Europe, in Auschwitz. We say: They also happened here in Ronnenberg.” 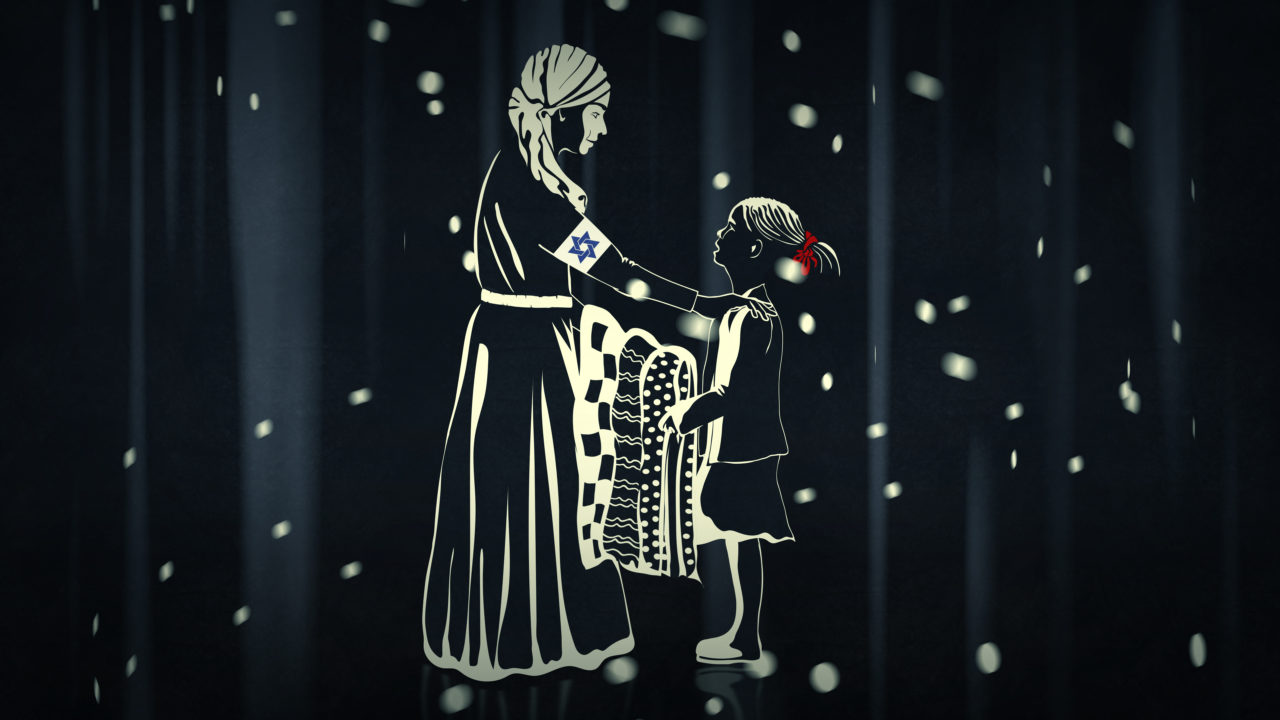 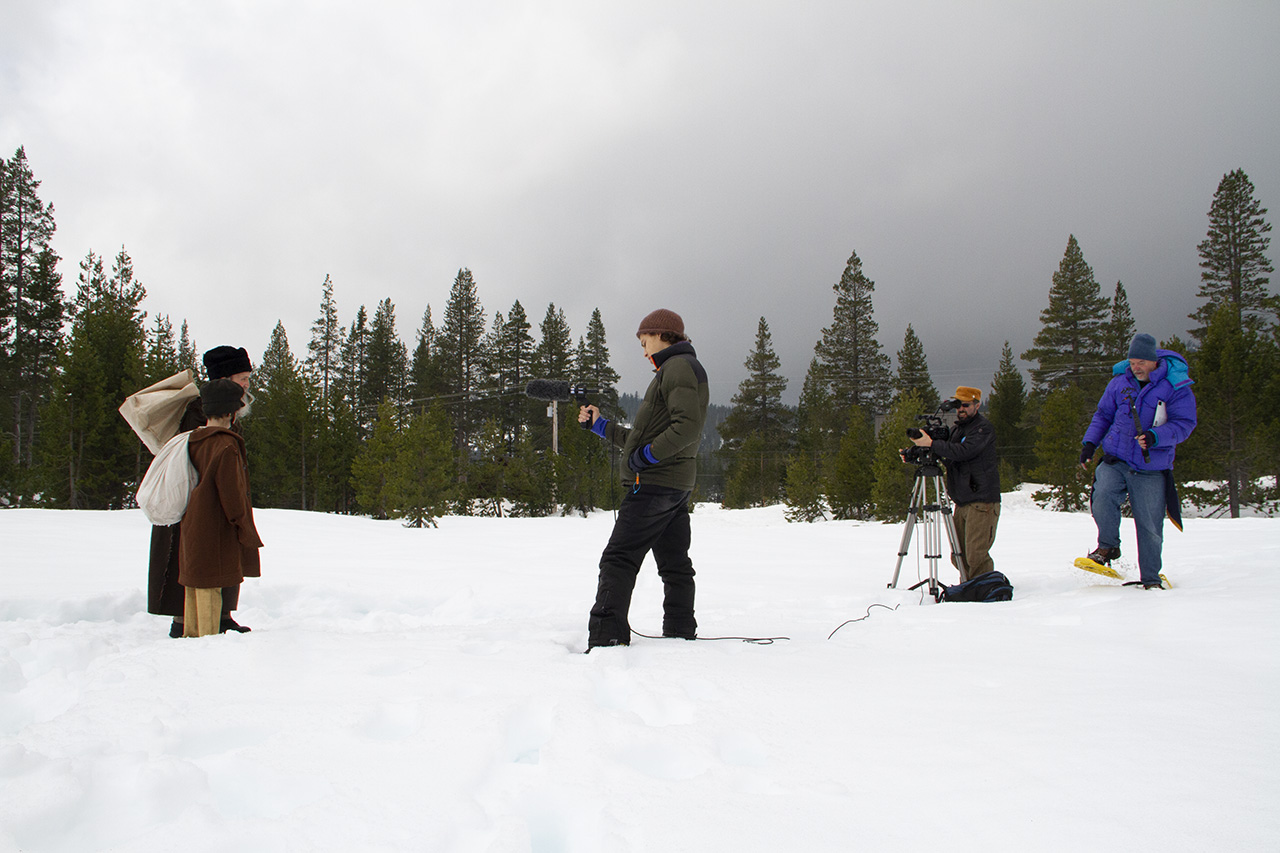