The San Francisco school board is facing legal scrutiny after its Aug. 9 decision to close schools for two Muslim religious holidays.

The district assured JCRC it has “an interest in a broader conversation with Jewish families,” Gregory added.

Among the legal questions swirling around the decision is whether it shows preference or unduly favors one religion. The San Francisco Unified School District academic calendar does not currently list any religious holidays as occasions for school closures (Christmas falls during winter break). The district does shutter for the Lunar New Year, though that holiday is largely seen as a secular one in China and other countries where it is celebrated.

The resolution, which passed 5-1, will close schools and offices on Eid al-Fitr and Eid al-Adha, the two holiest days on the Muslim calendar. Supporters say it will make Muslim students feel more included and ensure they “maintain equal access” to educational opportunities, according to the resolution text. It followed a yearslong advocacy effort by Arab and Muslim community groups, as well as a petition from an SFUSD student that garnered close to 600 signatures.

Jewish community organizations in the Bay Area have not historically made it a priority to advocate for school closures on Jewish holidays, Gregory said. Yet, the abrupt action by the school board raised significant questions, he added, and the JCRC has been in contact with Hindu and Chinese community groups to discuss a way forward.

“What’s your message to the Jewish community members who are looking at this and saying, ‘What are we, chopped liver?” Gregory said. “Every community needs to be considered on equal footing.”

JCRC would only seek legal remedy as a “last resort,” the CEO added. “Our goal is to resolve this at a lower level of intervention.”

Yet a lawsuit is knocking on the board’s door.

I think it was well-meaning. But it was mistaken. And contrary to law.

On Thursday, attorney Paul Scott of San Francisco penned a letter to the board arguing the decision ran afoul of numerous laws: the Brown Act, the Establishment Clause of the U.S. Constitution and the California Constitution. The Brown Act, a 1953 California law, guarantees the right of the public to participate in legislative meetings, and requires policy-makers to adequately notify constituents of resolutions before they take a vote.

He said the board violated the Brown Act because the agenda item, listed online, was too vague. It described the initiative as one to add the “observance” of the two holidays, rather than explicitly stating it was to close schools on those days.

“The plain meaning of the term ‘observance’ thus does not make clear that the purpose of the resolution was to authorize religious holidays, i.e., days off from school for which public employees will necessarily be paid,” he wrote. “Residents cannot be required ‘to guess’ as to whether they should attend a hearing or seek additional information from the Board.”

“I think it was well-meaning,” he told J., of the resolution. “But it was mistaken. And contrary to law.”

Scott has sued the district before; he was the lead attorney for the plaintiffs last year in a lawsuit arguing the board had violated the Brown Act when it decided to rename roughly one-third of city schools because of allegations of racism against the schools’ namesakes, and other harms. A judge sided with the plaintiffs and the school board “paused” its efforts.

Scott isn’t the only attorney to have raised questions about the Eid resolution. Robert De Vries, a San Francisco real estate lawyer, also penned a letter to the board arguing it had violated California’s constitutional provisions on the separation of church and state. Dated Aug. 15, De Vries’ letter cited a 1978 California Supreme Court case, “Fox v. City of Los Angeles,” which found state entities could not give “preference” to a specific religion — and that “preference is thus forbidden even when there is no discrimination.”

“This one seems like a no-brainer,” De Vries said in an interview. “You can’t prefer one religion over another.”

Members of the school board have not responded to J. requests for comment.

The controversy is the latest facing an embattled school board. The body has drawn criticism in recent years for extended school closures during the pandemic, for its ambitious renaming effort even as schools remained closed during the pandemic, and for its decision, since reversed, to end merit-based admissions at Lowell, the city’s magnet high school. San Francisco voters decisively recalled three members of the school board earlier this year. 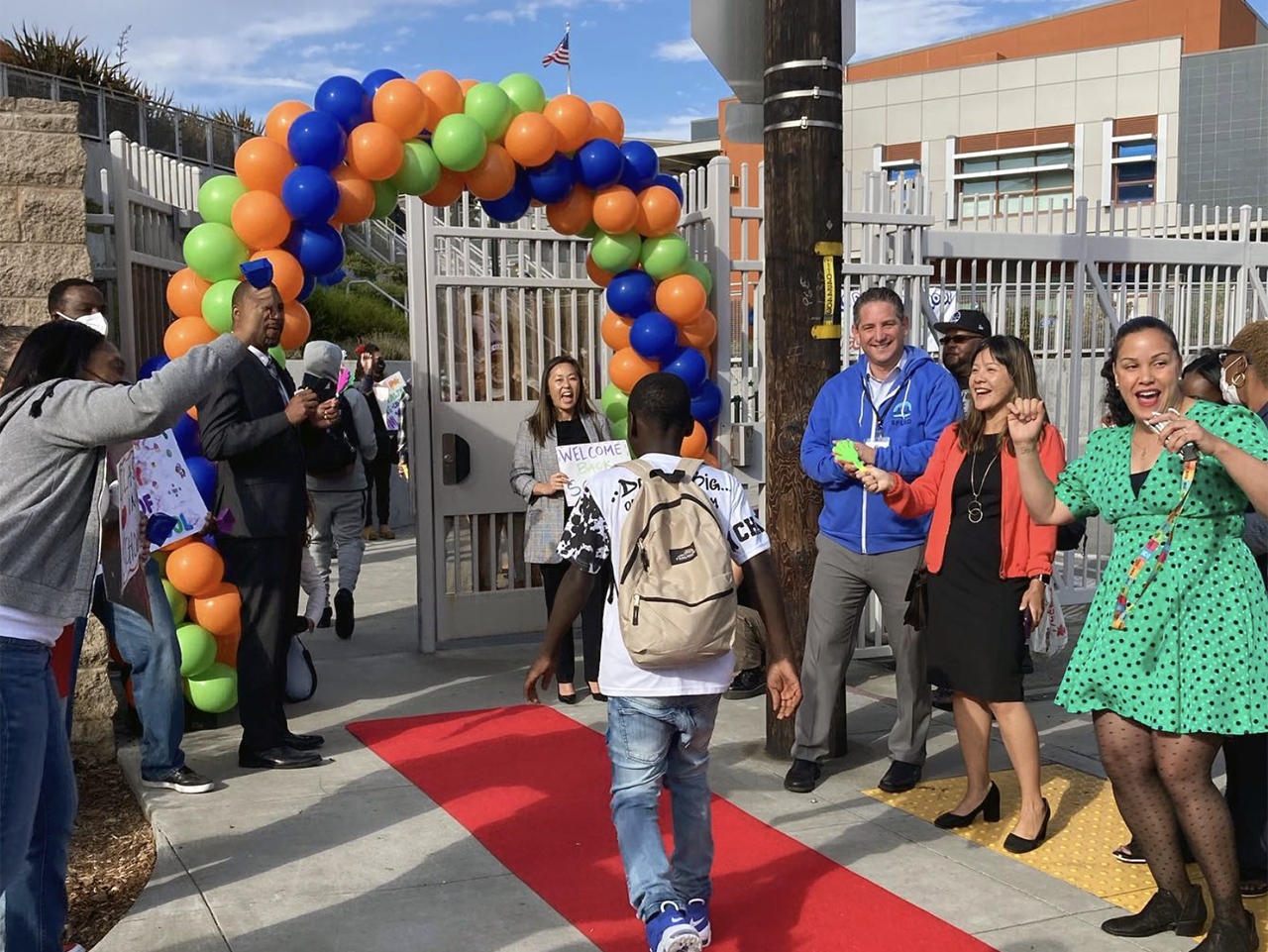