On Sunday, Dec. 11, the eighth annual Z3 Conference will kick off in Palo Alto. An initiative of the Oshman Family JCC, Z3 brings together voices from across the rich spectrum of Jewish experience with the aim of promoting a stronger relationship between Diaspora Jewry and Israel. Since its inception, the Z3 Conference has brought together thousands of people at over 50 participating JCCs worldwide and online through virtual events to discuss and debate our shared Jewish peoplehood. This is the first time since the 2019 conference that we are gathering for a full-scale live event.

Much has changed since the last time we could come together in person.

The pandemic continues to impact how we convene and think about our communal life. But, more fundamentally, the last year has seen a documented, record rise in antisemitic activity in the United States. Whether online or face-to-face, there seems to be a general acceptance and legitimization of hate in the public square. We’re feeling an angst like we’ve not felt for a while.

To be blunt, we’d rather not have to talk about antisemitism at a conference on Jewish identity. But in our public spaces and communal conversations, we tend to internalize the external frame of reference, and as a community, we argue about which kind of detractors we can tolerate. We have a 2,000-year-old case of Stockholm syndrome!

Because we are forced to debate the allegedly legitimate forms of hate we can tolerate, we feel we need to pick sides. Instead, we should reject all forms of hate a priori and explore how we want to be Jewish. The debate about antisemitism, instead of the richness of who we are, anchors our communal discourse.

Yet, in spite of all the recent antisemitic activity, Jewish life has never flourished as it does today. We have never had as strong a homeland and vibrant Jewish communal life around the world as we have today. And this moment presents us with boundless opportunities — and a responsibility — to take full ownership of who we want to be in the world. At Z3, we believe our shared victimhood should no longer alone define our sense of peoplehood, but rather we need to look to the future and explore ways in which we may continue to develop and exist as a people.

This year at Z3, as we gather with Jews from around the world, we will be immersed in an optimistic, values-based ethos rooted in what brings us together as a people. Through panel discussions, workshops and performances, participants will take part in an array of breakout sessions, from a panel of Orthodox Jewish women making history and an identity masterclass led by two acclaimed comedians to multisensory experiences including music, poetry, a culinary tasting and even a simulated psychedelic exercise. We welcome luminaries from around the world to shed light on the complicated and beautiful expressions of Jewish identity across space and time. Z3 is the signature experience known for humanizing the aspects of Israeli and Jewish identity that separate and, ultimately, connect us.

I am especially excited about our keynote speakers. Knesset member Matan Kahana is a retired air force colonel and former Israeli Minister of Religious Affairs. In his latter role, he pushed forward significant reforms in Israel including appointing women to religious councils. Our second keynote speaker is author, poet and Iranian-born political activist Roya Hakakian. Roya is a founding member of the Iran Human Rights Documentation Center. Her memoir of growing up a Jewish teenager in post-revolutionary Iran has been translated into several languages. We will also be joined by Sha’anan Streett, one of Israel’s premier musicians and one-sixth of the wildly popular hip-hop funk band HaDag Nahash, as well as acclaimed comedians Tehran Von Ghasri and Guri Alfi, spoken word poet Vanessa Hidary and more. Additionally, we will host journalists, rabbis, academics and activists.

As a people, we seem to have limited our self-determination to a frighteningly narrow scope. We seem to want to impose a narrow dichotomy on who Jews are and who they might be, whether religiously, culturally or politically. However, at Z3 2022, we will gather because we no longer wish to make Israel, Jewish identity and peoplehood a polarizing and politicized topic that drives a wedge between our people and communities. We will reclaim the conversation and move past the division to reclaim our destiny. We will raise our voices together and say this is the future of Jewish peoplehood! 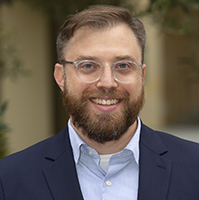 Raised in Jerusalem, ordained in New York and now living in Palo Alto, Rabbi Amitai Fraiman is the Director of the Z3 Project, an initiative of the Oshman Family JCC aimed at reimagining the relationship between Diaspora Jews and Israel based on a peoplehood-oriented Zionism. 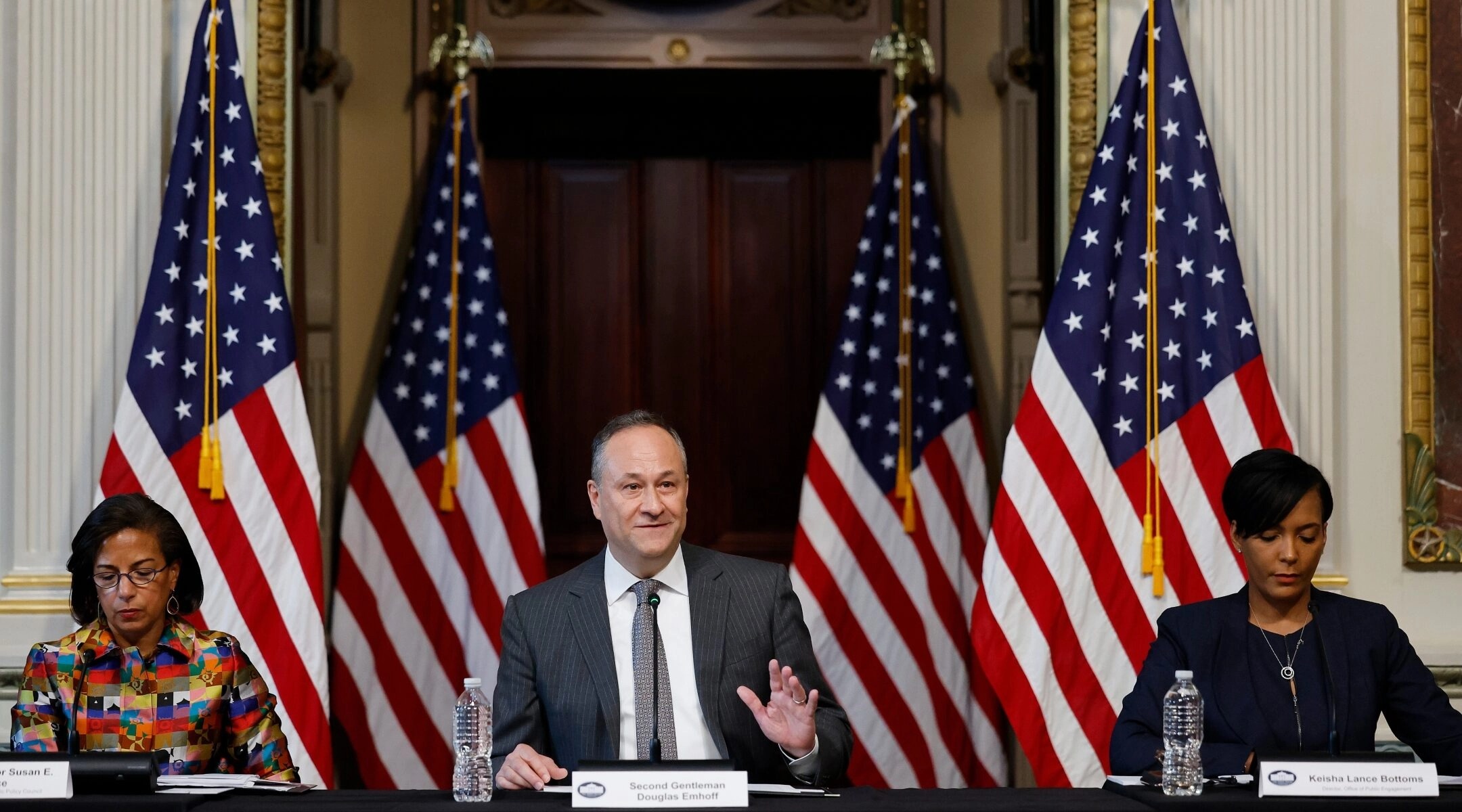 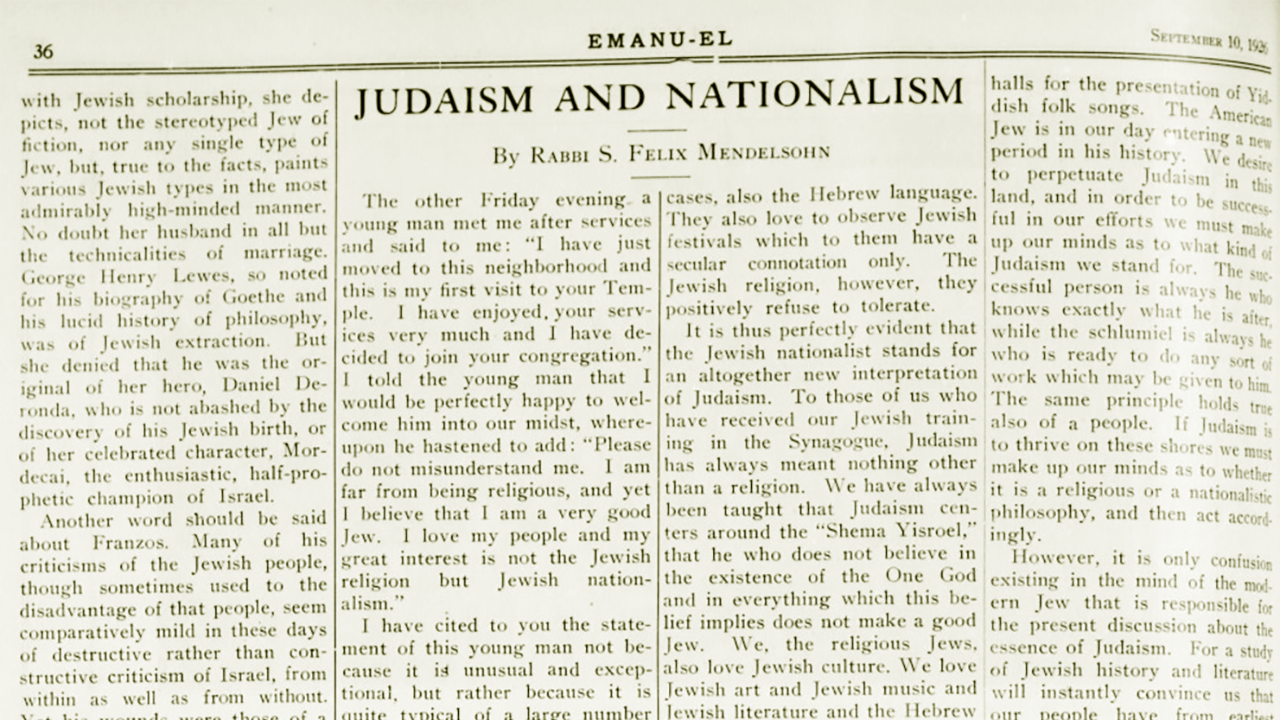