Sue Myrle Glick, 72, passed away after an eight-year battle with blood cancer on Dec. 9, 2022 with her daughters by her side in Burlingame, CA.

Sue was born on Oct. 17, 1950, in Denver, CO to the late Ann and Albert Rudofsky. She moved to the Bay Area with her late husband, Steven Glick, in 1974. Sue graduated from North High School in 1968 and from CU in 1972. Sue was a pillar in her community, serving as the Service Learning Coordinator at Burlingame High School for 18 years and countless other roles in the Burlingame community.

She was the tradition-maker, family gatherer and her children’s and grandchildren’s biggest supporter. Sue’s interests included family, traveling, musicals, reading and a good deal. Sue is survived by her two daughters, Shana Larson and Andrea Simon, their husbands, Bryan Larson and Bobby Simon, and her four precious grandchildren, the light and loves of her life: Stella and Nico Larson, and Bennett and Carter Simon; three brothers, Leland Rudofsky, Gerard (Sheila) Rudofsky, Harley (Caryl) Rudofsky; and many cousins, nieces and nephews.

“Live your lives to reflect your family’s spirit and your lives will be rich with love and prosperity.” — Sue Glick

Sara was born March 14, 1928 in San Francisco. She learned to play piano at age 8 and her musical experiences throughout her formative years led to music having a significant role throughout Sara’s life. She was happily married to Karl Keyak from 1951 until he passed away in 1991. Sara was a member of National Council of Jewish Women (NCJW) her entire adult life. She was an NCJW board member for many years and was involved in their advocacy programs on the local, state and federal levels. She organized NCJW Study Groups for over 30 years and was honored with the NCJW Woman of the Year Award in both 1986 and 2011, and the President’s Award in 2014.

Sara devoted herself to her family, her parents, her husband, her children and her grandchildren. When her kids were small, Sara was PTA president. When they were grown, she worked in their businesses and helped them in any way she could. When her daughters moved away, she visited them often and stayed with them and their families. When her triplet grandchildren were born, she visited with them weekly to read to them. Even though her house was too big for her as she aged, she stayed there, in part, so that her family could always stay with her when visiting San Francisco.

It was important to Sara to be active and independent for as long as possible, so she could continue to work and to help others, a legacy of which she was proud.

Funeral Services were held at Hills of Eternity Memorial Park. Contributions can be made to the National Council of Jewish Women, San Francisco Section, or San Francisco Conservatory of Music.

Richard Kimelman of Corte Madera, age 96, died peacefully surrounded by people who loved him on Dec. 3, 2022.

Born in Vienna, Austria, Richard survived polio as a young child and then the Nazi occupation. He and his parents escaped to England when he was 13 years old. With only the clothes on their backs, he moved to a new country not speaking the language.

Although the misery and loss brought on by WWII influenced him throughout his life, he did not let it define him. He found beauty in the world around him, found joy in the people he loved and was known for his kindness interspersed with silliness.

After moving to England, he completed his education with a degree in civil engineering. In his mid-20s, he met the love of his life and soulmate, Joan (Sands) Kimelman. They had an incredible marriage, lasting 65 years, until Joan passed away in 2016. After they married in London, they began their great adventure, immigrating to the United States eventually laying down roots in Marin County, CA, where they lived for 64 years. Richard worked for many years as a civil engineer until he finally followed his artistic passions as a sculptor. His work was shown in art galleries and is on display at the family home. These sculptures conveyed deep meaning as a Holocaust survivor. Richard was preceded in death by Joan Kimelman and is survived by his children and grandkids: son, David Kimelman (wife, Karen Butner); son Paul Kimelman (wife, Haleh Shahmohammadi) and their children Celina Kimelman and Matt Saincome and Koosha Kimelman; daughter, Judy Kimelman (husband, Bob McRuer) and their children Kaya McRuer and Jason McRuer.

He is also survived by his caregivers who became a second family for Richard. They brought him joy, laughter and love in the last few years of his life. We are so grateful to Marie Herrera and daughters Natalie and Nicole as well as the rest of their family and friends that made him one of their own.

The family will have a private Celebration of Life.

Robert Leon La Vine passed away peacefully on Dec. 4, 2022, with his loving and deeply loved family by his side.

Proud native of San Francisco, Bob, as he was known, graduated from Madison Grammar School, Presidio Jr. High School and Washington High School. He went on to UC Berkeley (“Call it CAL”), where he was a member of the Scabbard and Blade Military Honor Society and the ROTC, which led to his becoming a 2nd Lieutenant in the U.S. Army in Korea. He was honorably discharged from the Army as a captain and continued in the Army Reserve for several years. His first post was at Fort Lee in Virginia. His service included trial work at Camp Stoneman in California, where he was inspired to go to law school. He graduated 4th in his class from UC Hastings College of the Law, where he was elected to Phi Delta Phi Honorary Law Fraternity and received a Thurston Scholarship.

Our beloved Bob was a member of Sigma Alpha Mu Fraternity at Cal, where he and his wife of 71 years made many life-long friends.

He was a Vice President of Willig Freight Lines and was a director of many corporations. He served on the Board of Directors of Temple Sherith Israel and of Wornick Jewish Day School.

He received his BS from UC (Berkeley), his LLB and JD from Hastings College of the Law and was licensed to practice before the California Supreme Court and later on the U.S. Supreme Court. He was also a CPA, but didn’t really like numbers.

His love for family was central to his life, and he passed that gift on to all of them at every turn.

Bob leaves behind his beloved wife, Betty (née Sussman), his loving daughter (his “little girl”), Barbra Losel, his dear grandsons, (“his boys”), Zack and Jake (Erika) Losel, and his brother-in-law, Leonard Sussman and his family.

A graveside service was held on Dec. 7, 2022, at Hills of Eternity Cemetery, Rabbi Jonathan Singer presided. A Celebration of Life will be held at a later date.

Donations can be made to: Jewish Family and Children’s Services, S.F., Congregation Emanu-El, S.F., Packard Children’s Hospital, Stanford, or the charity of your choice.

Marilyn Helene Magidoff was born to Jack and Fannie Rosenfeld June 3, 1942 in Portland, Oregon. Marilyn was predeceased by her husband of 57 years Jerry Magidoff on April 29, 2022. She leaves behind two daughters Elisa and Michele Magidoff, son-in-laws Oscar Yedra and Casey Sullivan and grandchildren Jacob Yedra, Hannah and Sarah Sullivan as well as two brothers, Stan and Zalman Rosenfeld and sister-in-law Madelle Rosenfeld.

Marilyn Graduated from Mills College with a BA in Social Work, UC Berkeley with an MSW and worked as a director of a home healthcare agency. She then changed careers and opened a hat store in Ghirardelli Square. For the last 25 years Marilyn found her calling as a mosaicist creating beautiful art for her family and friends. She will be greatly missed by all of her family and friends who loved her dearly.

Marilyn was a dedicated viewer and supporter of KQED for 50 years, if you wish you may make a donation in her name. 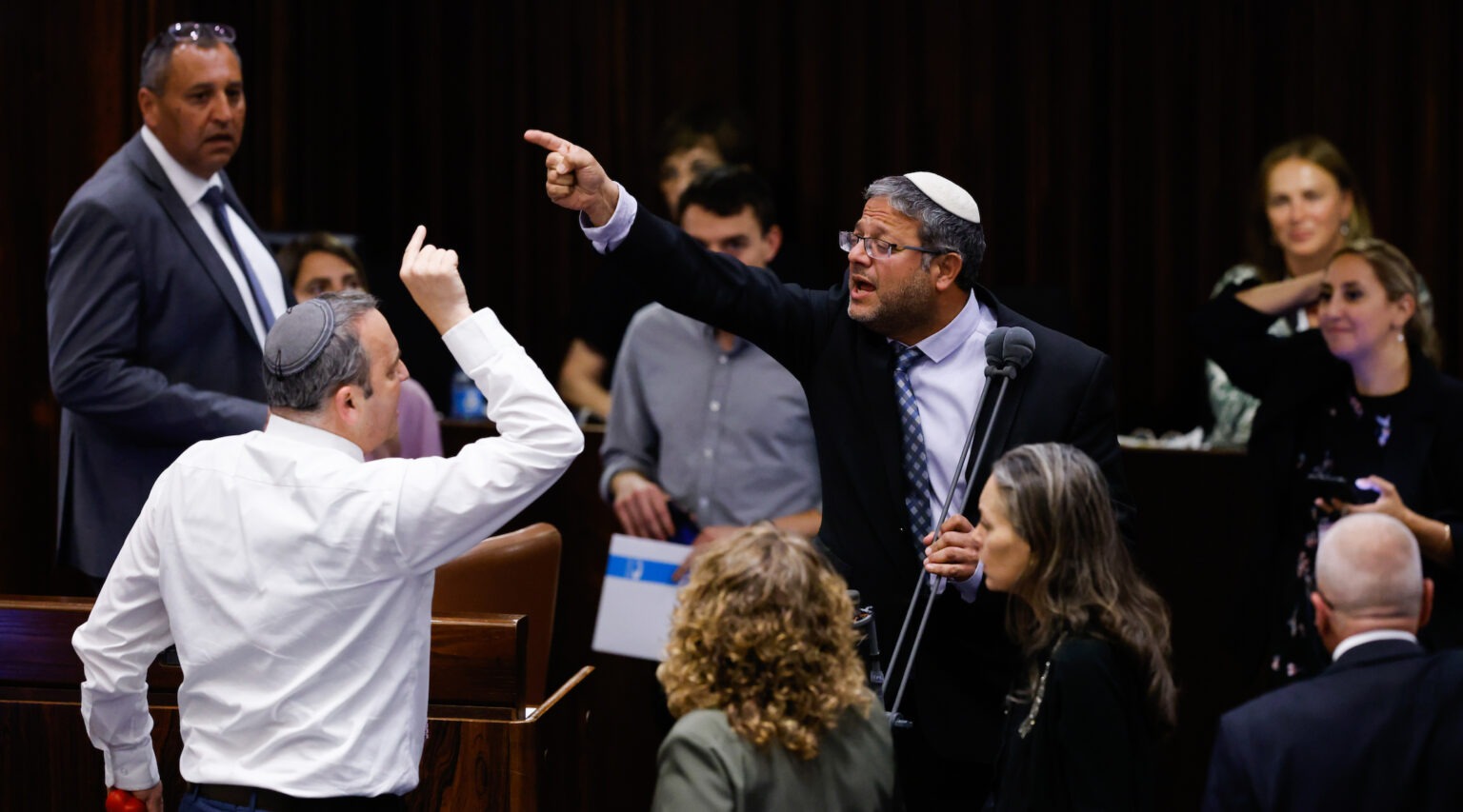 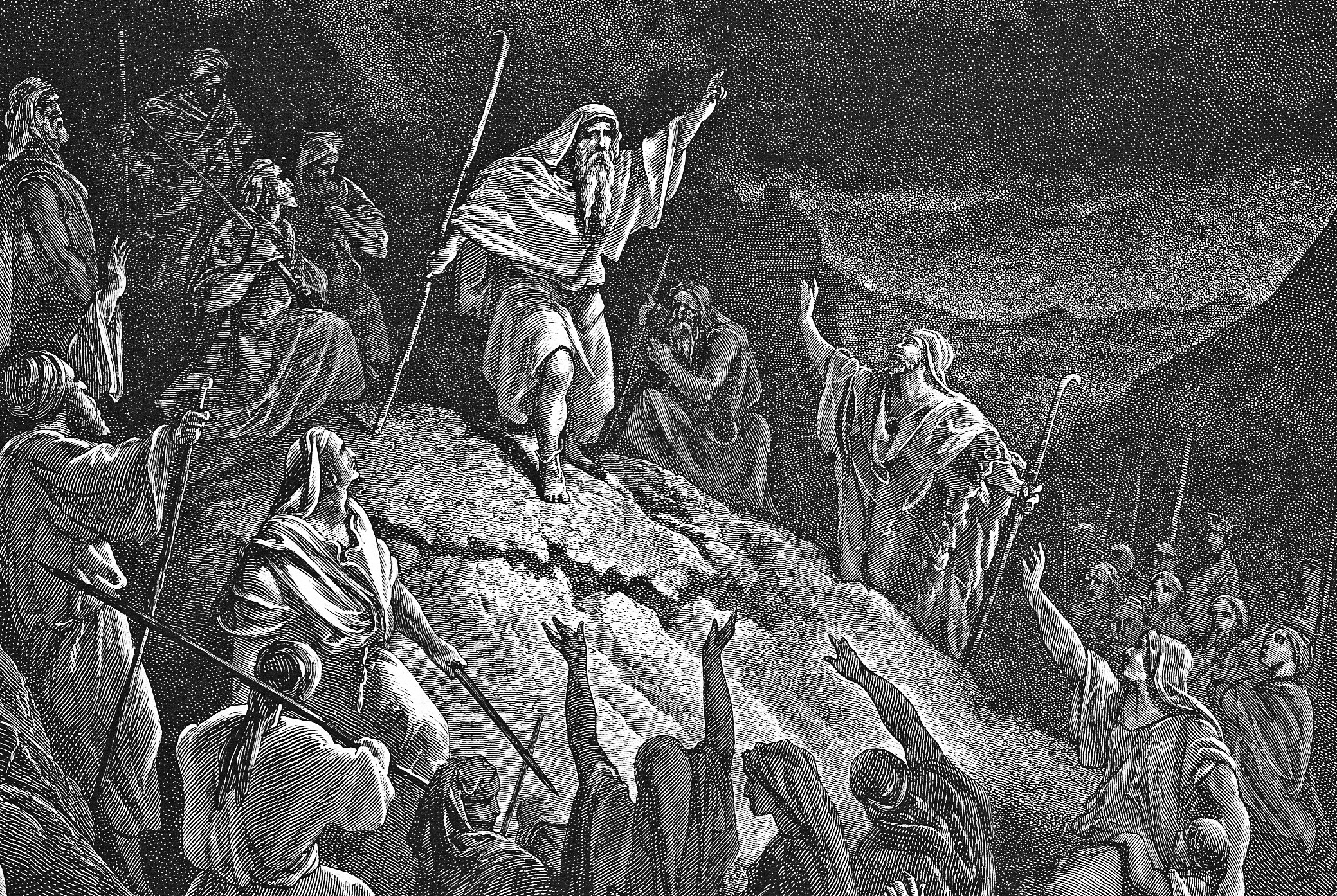 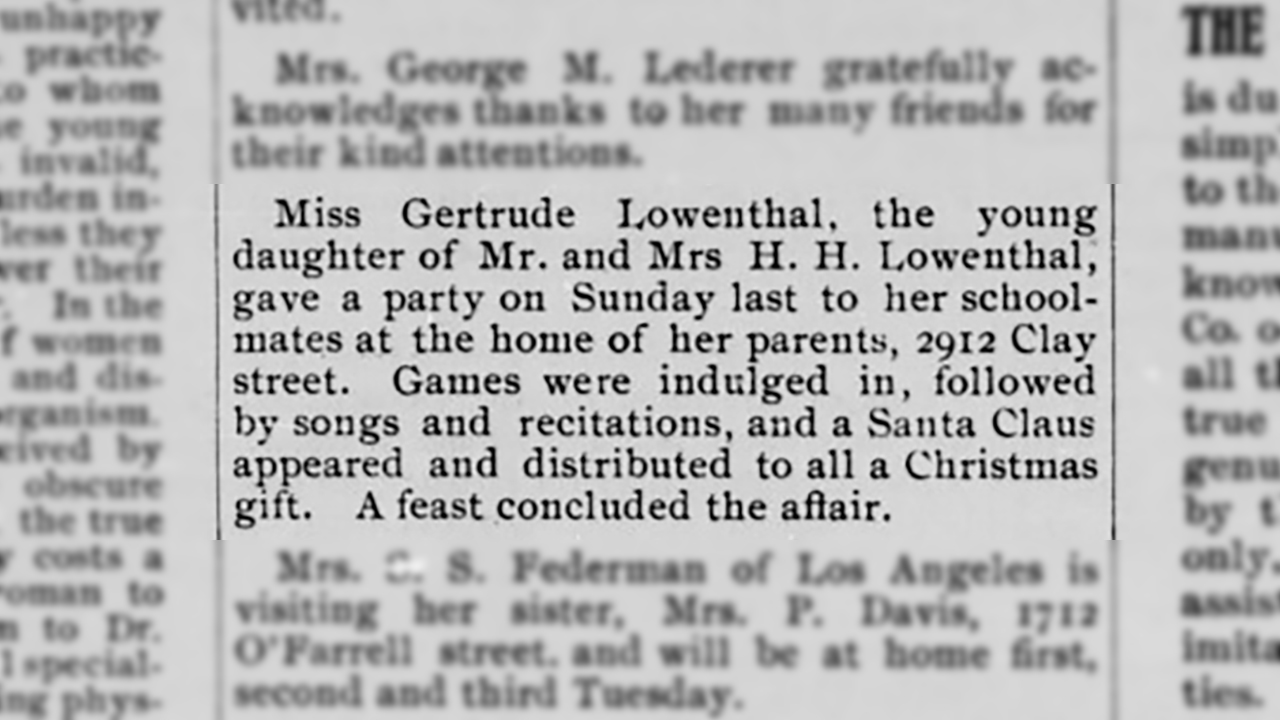 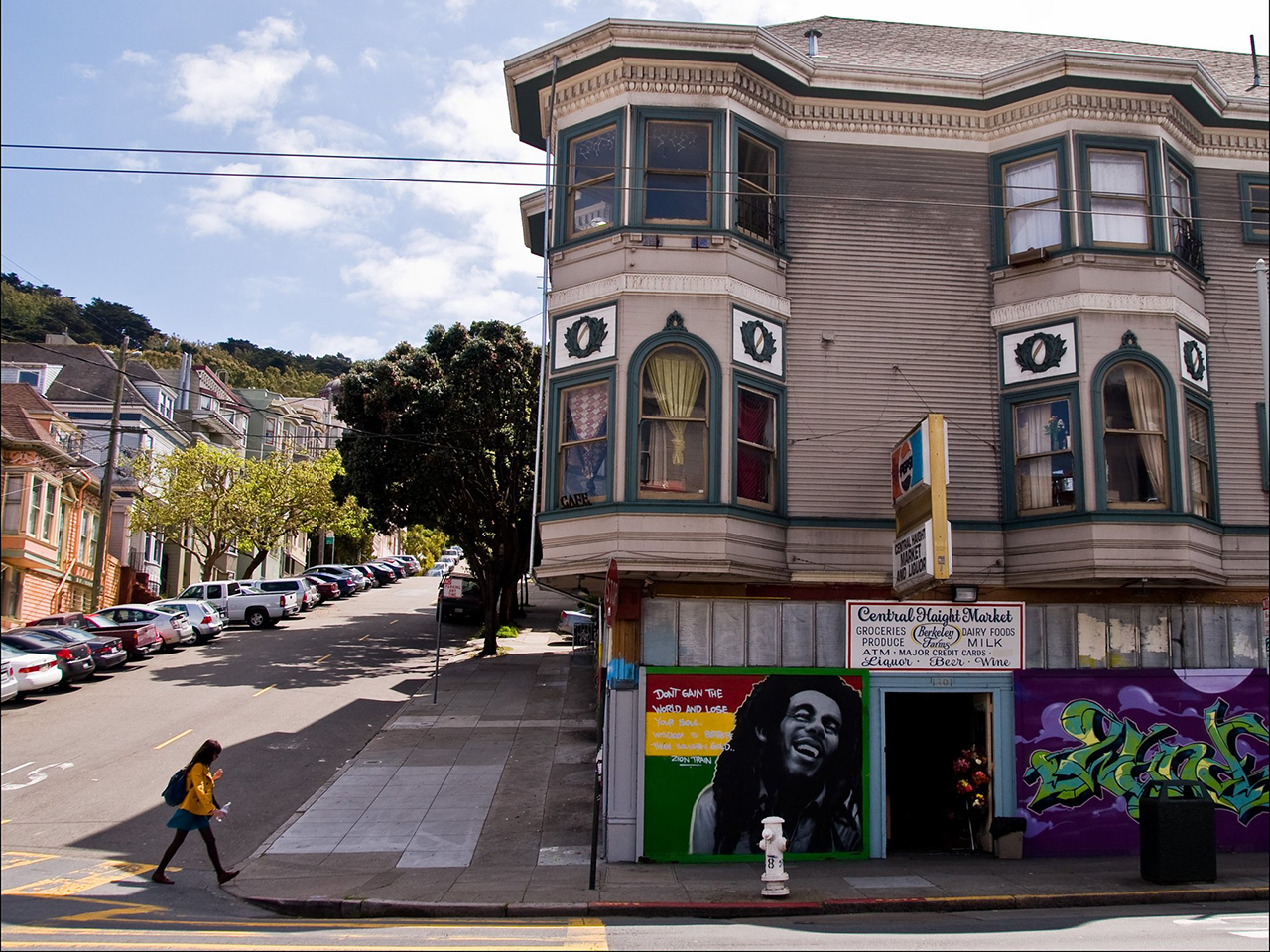