How do you explain the Holocaust to your children

It's a dilemma that all Jewish parents face: How do you talk to your children about the Holocaust?

Can you trust your instincts? Do you know what to say, and where to stop? Should you raise the issue, or wait for your child to ask, "Who was Hitler?" In a world where danger lurks around every corner, should your child really be burdened with more stress and fear?

"A lot of Jewish parents want two things simultaneously: to protect their children, but also to have them bear witness to the past," says psychologist Esther Brass, from Jewish Family and Children's Services of the East Bay. Along with Yoka Verdoner, a fellow JFCS psychologist and Holocaust Survivor Services coordinator, Brass addressed the subject "Talking to Children about the Holocaust" in a recent workshop at the Berkeley Richmond Jewish Community Center.

The event, part of an ongoing series of parenting workshops, drew 10 parents who recounted their experiences and aired their concerns.

Most of the participants' children ranged in age from 7 to 9.

As they sat in a circle in a BRJCC classroom festooned with with colorful decorations, one parent reported that her child had asked, "Why is everyone trying to fight the Jews all the time?" Another said the subject of the Holocaust had arisen that very evening, when she told her daughter where she was going.

Others wanted to know whether they should deliberately pique their children's curiosity, and how to best be prepared when questions arose.

In handling these issues, parents should examine their own feelings and motivations, Brass explained. As an exercise, she asked everyone to jot down responses to the following questions: What do you think your child should know about the Holocaust? What is hard for you as an adult in dealing with the Holocaust? What are your difficulties in talking to your child about it?

"I want my children to know that I am going to be open and honest with them," said "Alan," the son of Holocaust survivors and father of two, ages 8 and 4.

"I'm sure my son has a sense of his grandparents' background, and I want to be sure to impart the right information at the right time."

But what is the right time? As a general guideline, said Verdoner, educators believe it's best not to discuss the Holocaust with children under 10. This rule may be waived, however, if the child shows persistent curiosity, or if there are special circumstances such as survivors in the family.

When questions arise, Brass suggested probing the child for further information, such as, "What made you want to ask about this?"

In order to assuage youngsters' fears, Verdoner added, it's important to emphasize that Jews are safe today.

"The younger the child, the more important that is," Brass agreed. "When the child is older, you can bring up more intellectual problems, such as racism and anti-Semitism."

Also, she said, "it's not as though you have to know everything. If the child sees that you're somewhat upset, it's OK. It's an appropriate response to the subject matter."

Participants agreed that it was comforting to discuss the issue among their peers, and to know that they do not have to bring up the subject until their children are ready.

Both facilitators emphasized that parents themselves are best equipped to gauge that readiness.

"You know your child best," said Verdoner, who runs support groups for survivors and children of survivors. "Don't rush it," she urged, encouraging participants to tune in to the cues their children give.

"They'll let you know when they've heard enough," she said. 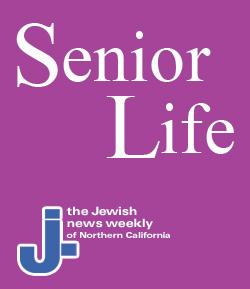