Which one is better — doctor or mohel?

After 30 years of watching circumcisions, both by competent mohelim (Jewish ritual circumcisers) and medical doctors (pediatricians and urologists), I have become proactive on the side of a good mohel. And this is not on ritual grounds.

Were there no good mohelim in the area, or were medical practitioners better than mohelim on medical grounds, I would prefer and recommend them without question.

But, with few exceptions, medical doctors inflict far more pain on babies than mohelim do. And those doctors who inflict as little pain as mohelim, do so because they use the same technology as mohelim and not as their medical peers. Here are the facts:

A competent mohel is a specialist, accustomed to circumcising “under pressure” (in front of a gathering of people), as most doctors are not.

A mohel does not usually use anesthetic, because his anesthetic is the speed with which he does the circumcision. There are new Jewish legal rulings on this issue that permit anaesthetic, but mohelim do not always take advantage of this ruling.

With a shield, the foreskin is grasped, usually with medical tweezers, then pulled through the slit in the shield, then sliced off with a scalpel. The shield protects the glans of the penis, which, because it is too large to fit through the slit, remains below the shield.

A mohel circumcises the baby on a pillow held lovingly by a family member or other person acting as sondek (godfather). The mohel follows this procedure instead of using a “circumstraint” (a tray on which a baby lies naked on his back; the baby is restrained from kicking by strapping his arms and legs down with fabric fastener straps).

The worst thing about the circumstraint is that the baby is restrained like that for the duration of the procedure, usually five minutes or more before the service even starts, depending on how much anaesthetic is used.

Then add to that the time it takes to get to the point of the service where the circumcision is done, after which the boy can finally be freed. When I officiate at a brit where the baby is on a circumstraint, I hurry through the service in about four minutes. But these are four more minutes that the poor kid is tied on his back to a tray, added to whatever time it took you to bring the baby to where the service will happen from the prep room.

Why a prep room? You would not want to do all the five-to-10 minutes of preparation in front of your assembled guests. The baby screaming all this time would drive them all mad. And, as the doctors are not used to doing this in front of people, they sometimes begin to sweat and get nervous. That is why this is usually done in a closed-door bedroom, and then the baby is brought out on the tray to the service.

Doctors most often use a Gomco clamp, which takes a few minutes to put on, instead of the few seconds for a Magen shield. The Gomco was invented to make a perfectly circular cut, whereas the shield that mohelim use cuts the circular foreskin with a straight cut, and thus leaves a small meniscus. This meniscus is baby-sized, and totally unnoticeable by toddlerhood.

To put on a Gomco, the foreskin is grasped with medical tweezers and then a slit is cut in it. After that the bottom half of the clamp is fitted under the bottom of the foreskin, then the heavy top is screwed on until the clamp cuts off the circulation and makes a perfectly circular template around which the foreskin could be cut even by the unskilled. You could even do it without causing any harm, because you cannot cut through a quarter inch of surgical steel to accidentally cut the penis. I have seen doctors apply the clamp and then the father cut the foreskin.

Doctors often use anaesthetic as well. This is theoretically to reduce the trauma of the circumcision. However, realize that everything you add to the procedure adds discomfort.

Here is how anaesthetic usually works. A topical anaesthetic cream is first swabbed on; then, after a while when that has kicked in, a second anaesthetic is applied by means of hypodermic shots all around the foreskin. This takes several minutes; all the while the baby is strapped to the circumstraint.

A precious few Jewish doctors use the Magen clamp. It takes a bit longer to apply than the Magen shield, but not too much longer — nowhere near as long as the Gomco clamp. Sometimes a mohel will use the Magen shield as well, depending on whether the anatomy of the penis is such that the shield or the clamp is indicated.

Most Jewish doctors who use the Magen clamp will also allow the baby to be held on a pillow, if asked, but they usually bring a circumstraint if you don’t. They are also OK with using only topically applied anaesthetic cream.

So, here’s the summary: If you want a quick procedure done by a specialist, all the while the baby is being lovingly held instead of tied down, use a mohel. If you want to strap your son down for up to 10 minutes on a tray, then shoot his penis full of shots, then lay a heavy weight on his penis until you finally get around to cutting off the foreskin, use a doctor.

This is, of course, all predicated on the assumption that the mohel is competent. That you find out by reputation. An incompetent mohel is not to be trusted with your son’s life. The 10 minutes of discomfort a doctor would impose are small price to pay for the security of knowing your son’s body is in the hands of a competent surgeon.

And what about the trauma that circumcision inflicts on us males? I have no clue how different I would be today had I not had that trauma. Nor does anyone else.

But I do know this: When my newborn first child was diagnosed with possible jaundice, I had to take her to have blood drawn from her heel. She was 5 days old.

The technicians had a horrible time getting the blood out, and repeatedly stuck needles into her heel to no avail. My daughter screamed bloody murder for 15 minutes as they tried and tried to get the blood out. I was holding her the entire time, and after they finally succeeded, I was a wreck. She, on the other hand, fell asleep, and when she woke up, she was fine.

This was her first medical procedure, an unnecessary one as it turned out. For when they found that she did have a slight case of jaundice, they said, “OK, it will get better on its own.”

This was not the last shot or blood drawing or stitches my children had to have. They screamed; they cried; they made me crazy and they were fine. I cannot imagine that circumcision is worse. 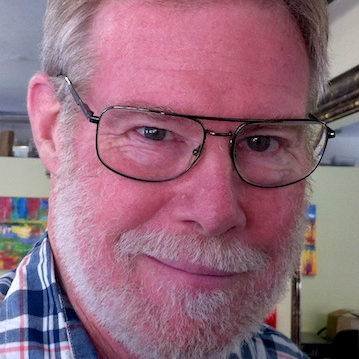 Rabbi Ari Cartun was the Hillel rabbi at Stanford University, and is currently emeritus rabbi of Congregation Etz Chayim of Palo Alto. He is co-author of the forthcoming book, “Mindware for a G0dwrestler: Jewish Thought in the Age of Thinking Machines.”