What more appropriate way to prepare for the High Holy Days than creating your own shofar from scratch?

"Making the shofar with your own hands makes it very special," said Roy Padella of Woodside. "My daughter has not seen one before, so this will be just in time for New Year's."

Joining him was Lark Kellner of San Jose, who was busy working on one for her daughter. "It is a joy to be doing this and have so many Jewish people joining us in this project," Kellner said.

Both Padilla and Kellner mingled with thousands attending the second "To Life! A Jewish Cultural Street Fair" Sunday on Palo Alto's California Avenue. Janice Sands-Weinstein, executive director of New Bridges, the presenter and main sponsor of the fair, estimated the crowds at between 10,000 and 15,000, a significant increase from last year, when estimates ranged from 3,000 to 7,500.

The timing of the hands-on shofar workshop made it a hit.

Children ages 7 and up were sawing, drilling, polishing and putting acrylic finishes on spiraling rams' horns. Then they tested them out under the direction of Rabbis Yosef Levin and Yisroel Hecht of Chabad of the Greater South Bay.

Listening to the seven-piece group Klezmaniac, Harvey Landsman of Sunnyvale said the sounds brought him "back to my own bar mitzvah. I can remember the music performed there."

Crowds of people — from toddlers to seniors — stopped to listen, sway or dance to the music. Six-year-old Ben Block of San Jose was practicing moves he had learned at a Jewish community center dance class. "Every time there is a show I love to dance," he said. "And this music is great for dancing."

Klezmaniac band member Ivor Brodie of Palo Alto brought along his whole family. His son Alan Brodie said of the fair: "It gives us a feeling of community. It is upbeat, and there is something for every age."

"Hearing Hebrew spoken on the streets here makes me feel like I'm back in Israel," she said. "I get an energizing and happy feeling by dancing and hearing the music."

Riva Gavarrin, originally of Latvia but now of Palo Alto, said she was pleased the event allowed her to be around Jewish people and make friends.

"I grew up in a Jewish community, and this kind of festival brings back memories of my childhood."

There were plenty of children's activities to choose from.

Six-year-old twins Carmel and Noam Baruch of Sunnyvale created their own artistry using Jewish emblem stamps and then colored their designs. Their father, Moshe Baruch, remarked that it was "exciting to have an all-Jewish event.

"There is a good mix of activities for all ages," he said. "This gives my children an opportunity to create artwork, writing, printing and coloring together with members of our whole community."

Food booths featuring bubbe's favorites like knishes, blintzes and kugel, and Mideast fare such as falafel and hummus enriched the Jewish atmosphere.

And for burning halachic questions, an "Ask the Rabbi" table was set up inside a large tent for Judaism 101 trivia and quizzes.

But the main purpose of the big top was to house representatives of synagogues and other Jewish organizations on the Peninsula.

Joanne Donsky, chair of New Bridges, said, "We feel a vibrancy of the Jewish community all around us here with the whole Peninsula coming together to recognize all of our Jewish culture." 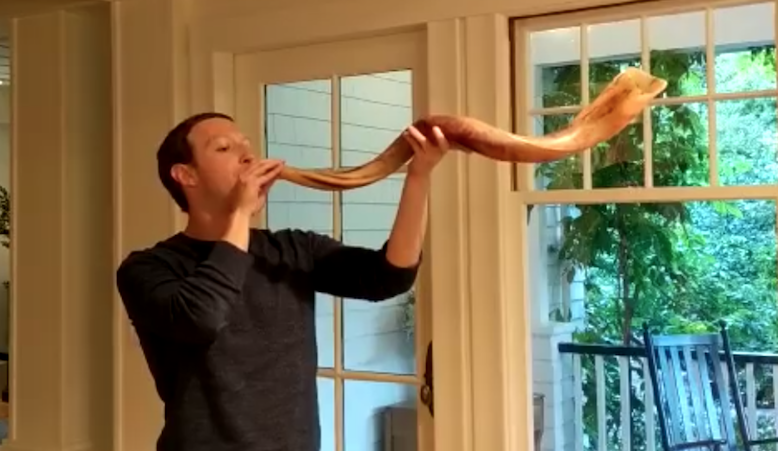 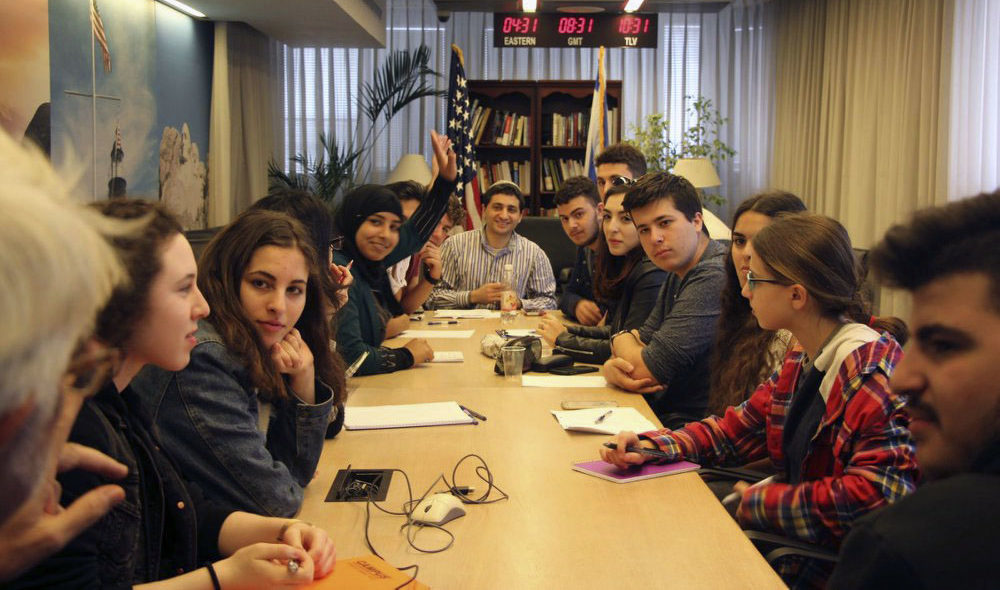