Learning how to appreciate the Pesach egg

What exactly is the egg doing on the seder plate?

The roasted orb has been a guest of honor for generations and hardly a word has been spoken in its direction. The matzah, the shank bone, the bitter herbs — they generate the buzz year after year. But what would you say about the egg?

Then there's this rather unusual observation: "Eggs are like the Jews — the more time they spend in oppressive heat the tougher they get."

Where do these references come from? It came as a shock to me that none of these explanations of the egg appear in either the Bible or the Talmud. In fact, the only mention we have from ancient sources is from some rather creative wordplay. In Aramaic — the language of the Talmud — the word for egg, "beya," is the same word as the word for "please."

In the Jerusalem Talmud, there is a suggestion that on Passover the egg be presented together with the shoulder bone: "Please, God, lift us up from slavery!"

What this tells us is that the various observations that I culled from my friends are relatively new. As Jews in Calcutta, Crakow, Chadera, Caracas and Cleveland have placed eggs on their seder plates, they've creatively interpreted the meaning of these oval delicacies. Creating new meanings for the foods eaten on Passover night has become an important tradition.

With that historical context in mind, the National Jewish Center for Learning and Leadership has created a new ritual for the seder table — one that helps seder participants reflect on eggs and the other foods that aren't part of the Haggadah's telling.

Here's how it's done:

Ask the people at your seder table to think for a momentabout eggs. As you point to the egg, or pass it around, ask your guests to connect their thoughts on eggs to the Passover story. They might say, "Peeling an egg is done to free the egg from its shell –but this peeling is a difficult task, just like the peeling away of the slavery mentality of our ancestors."

Or someone might say, "An egg, due to its shape, cannot stand without help. From this we learn that our ancestors needed help to stand up against Pharaoh." Guests might speak of the egg itself or, for example, they might pair the egg with matzah or with the parsley and speak about how these foods are connected.

After that, ask people to suggest connections to any of the other foods your family shares: the rosemary chicken, macaroons, figs or sesame candies. Are there memories of specific family or friends to whom these foods connect you? Can you creatively relate these foods to the themes of the Passover seder?

Asking these questions can certainly be a way to add a dose of spontaneity to your seder. And who knows, maybe in years to come Passover seders will include some of your family's insights.

Over the years, the Passover seder has grown from a simple meal of meat and herbs on matzah to an elaborate feast. This has happened, in part, because in each generation and in each region, Jews have creatively added on to the set of foods used to tell the story. These new practices were not seen as a challenge to the tradition — they were seen as enhancing it.

That said, I would not be surprised if someday my great-grandchildren's seder plate has a few extra circles — and maybe even some macaroons. The Haggadah of the future might read: "These coconut treats remind us that what is hard to crack on the outside is often sweet on the inside. Once our ancestors broke free from oppression, they could taste the sweetness of freedom." 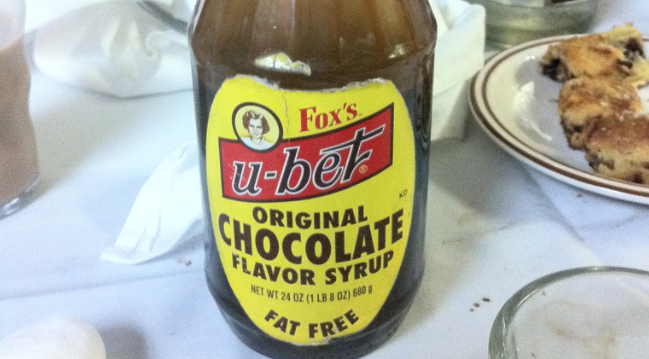