Stephen Liebb is a 45-year-old Orthodox Jew and UCLA law school graduate who has spent the last 21 years in prison for murder.

For the past seven years he has been incarcerated at San Quentin, where he said he has occasionally been forced to live and to pray in close quarters with neo-Nazis and white supremacists covered in swastikas and SS lightning-bolt tattoos.

That's because Jews are classified as "white" by the prison — one of four ethnic categories ("white," "black," "Mexican" and "other") used for the purpose of housing prisoners and for lockdown situations. Liebb, however, contends that "white" has "by far, the highest rate of anti-Semites."

It is "repugnant to me," said the native New Yorker and former yeshiva student in a telephone interview from prison. "It's not only uncomfortable, but it inhibits my practice of Judaism," added Liebb, who speaks fluent Hebrew and keeps a Jewish calendar on his cell wall.

Liebb, who did not discuss specific details of his 1981 first degree murder conviction in Santa Monica, filed a complaint about the classification system with the United States District Court last year. The case never got off the ground.

However, a similar case has now been filed by a non-Jewish, fellow inmate of Liebb's, Viet Mike Ngo.

In a petition filed with the Marin County Superior Court, Ngo criticizes the "racial segregation of inmates" by the California Department of Corrections and San Quentin. He calls the practice a violation of the 14th Amendment and Supreme Court rulings.

"'Whites' are routinely assigned cells with 'whites,' 'blacks' with 'blacks,' and 'Mexicans' with 'Mexicans,'" the petition states. "'Other' is a category that comprises Vietnamese, Filipino, Colombian, Cuban; certain other groups such as 'American Indians' are recognized as a separate entity, as are 'Hawaiians.'

"Thus there is de facto segregation in the housing units by cells."

Ngo's petition, which also contains several other unrelated complaints, was due to be heard July 11 before Marin Superior Court Judge Verna Adams. But the hearing was postponed, and no new court date yet has been set.

Ngo claims that the assignment by race fails to recognize certain ethnicities — such as Jews, who are classified as "white" — thereby denying them equal protection.

"Denying Jews a distinct status like 'other' and classifying them as 'white' denies a class of persons which historically has been subject to discrimination and prejudice equal protection," writes Ngo in his petition. "It places one ethnic group in close proximity with the very group most inimical to it."

A Catholic of Vietnamese descent, Ngo is serving 17 years to life in prison for a 1988 murder. He was transferred from San Quentin to Folsom State Prison in late June.

Charles Carbone, an attorney in San Francisco for the nonprofit human-rights organization California Prison Focus, has been monitoring Ngo's case. Although he is not serving as the prisoner's attorney, Carbone called the case an example of "important public policy." He also said the practice of racial segregation and profiling is "a statewide problem" in prisons.

"Being a white Jewish prisoner is a very dangerous place to be," he said. "You're put amongst hostile, dangerous prisoners" who hate Jews.

Liebb said he was not comfortable commenting on whether he had ever been harassed or assaulted by a hostile anti-Semitic prisoner. While he opposes the prison's policy of segregation by ethnicity, if it must occur, he hopes the court will order the California Department of Corrections to recognize Jews as a distinct category rather than "white."

Margot Bach, a spokesperson for the CDC, said inmates are classified by race for their own protection and to avoid ethnic tensions.

"For instance, if there's an incident at San Quentin between whites and Hispanics, we'll probably lockdown 'whites' with 'whites' and 'Hispanics' with 'Hispanics' while we investigate," she said. "Housing has to do with all different kinds of factors, not just race."

Bach said she was sympathetic to Liebb's concern but noted that prisoners are screened upon arrival to avoid jailing together those who might have conflicts.

"A Jewish inmate can say he believes a neo-Nazi will be disruptive to him, and we will make sure he is not celled with neo-Nazis. We're trying to prevent inmate-on-inmate violence, God forbid."

Earlier this year the state attorney general's office unsuccessfully requested, on behalf of the prison, that the court dismiss Ngo's petition, claiming that the prison only segregates prisoners for the purpose of security and discipline. 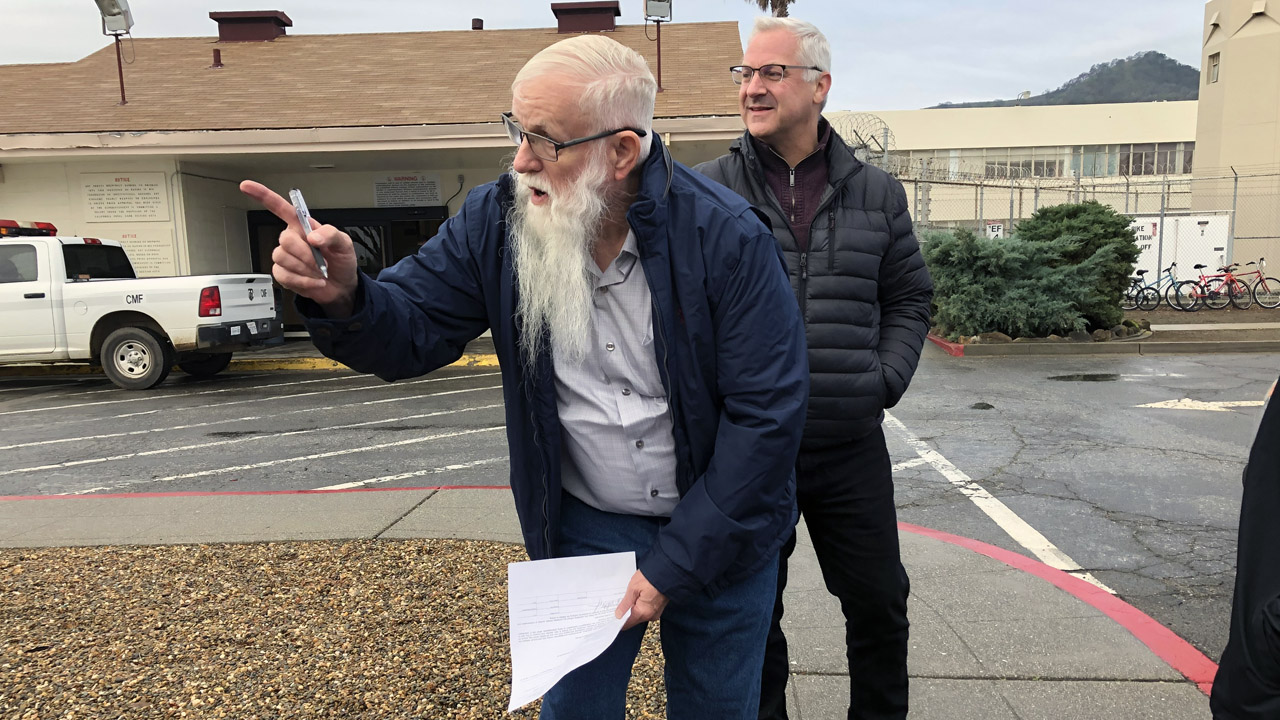