NEW YORK — In America, the land of excess calories, boiled chicken has a bad reputation. People much prefer their chicken fried, barbecued or sautéed.

But although they may joke about boiled chicken because of its anemic skin and bland personality, on Erev Yom Kippur, it graces many a table.

Despite the jokes, my husband and I love this tender poultry almost as much as we love each other. Picture us standing side by side in front of the stove pulling lusciously moist, but barely cooled chicken breasts from rich golden broth. We peel off weak skin and drop it into the trash. We return large chunks of chicken to the soup, and with greasy fingers we snack on the most tender morsels, the bits sticking to bones.

As much as I adore the taste of boiled chicken fresh from broth, I can't bear the sight of it on a dinner plate. Next to side dishes, boiled chicken parts look pale, pathetic and shriveled.

The best way to eat boiled chicken, before Yom Kippur or anytime, is in the precious broth that gushes from chunky vegetables, chopped herbs and chicken after they've steeped together for hours.

I recommend adding rice to the soup. Like boiled chicken, boiled rice is an Erev Yom Kippur tradition. Scholars speculate that rice may have become a chosen food on the eve of atonement because its white color is associated with purity.

The custom of eating boiled chicken on Yom Kippur Eve is connected to the kapparot ceremony, a ritual in which a person symbolically transfers sins by holding a fowl in his or her right hand and swinging it three times while reciting: "This is my change; this is my redemption. This rooster or hen shall be killed, while I shall be admitted and allowed a long, happy and peaceful life." The fowl is never wasted; it is cooked and eaten by the person's family or given to the poor.

The kapparot ritual is not mentioned in the Talmud. Evidence indicates that it may have begun among Jews of Babylonia. Kapparot is referred to by ninth-century scholars and became widespread in the 10th. Today, kapparot is still practiced by some pious Jews, however, many of them use coins instead of fowl.

Ironically, even Jews with no knowledge of the kapparot ritual partake in boiled chicken on Erev Yom Kippur, possibly by force of habit no longer linked to its origin. I think people instinctively gravitate to this traditional dish, because there's nothing like a homemade bowl of steaming chicken soup, glistening with goodness. Chicken soup is not only healthful but contributes to a smooth fast because it is satisfying, nourishing and light. Brimming with vegetables and herbs, it is an entire meal in a bowl, especially if you include a carbohydrate. Salt can be reduced or eliminated to minimize thirst the following day.

Before fasting, it is tempting to indulge in delicacies, and plenty of them, to stuff yourself before deprivation. But overeating not only undermines atonement but often causes indigestion. Junk foods, whether they be sweet or savory, lack the nutrients to fortify the body for hours of prayer and introspection.

Jews the world over are famous for chicken soup recipes, probably because they shun insipid, watery soups. Sephardi Jews in many Middle Eastern countries savor Shorbah, a chicken soup featuring cardamom and so much finely boiled rice that the broth appears creamed. In the Ashkenazi world, the broth is brimming with matzah balls; lokshen, or noodles; even kreplach, or Jewish dumplings.

Chicken soup is one of God's divine gifts. If you take a deep breath as the broth simmers, the scent filling the kitchen is as close to heaven as anyone on earth will get. More sustaining than the heartwarming stories in the widely read "Chicken Soup for the Jewish Soul," one sip of broth nourishes both body and spirit.

While some people may worry that a mere bowl of soup, no matter how filling, cannot provide enough energy on an ordinary day, let alone the most demanding one of the year, this humble entree need not stand alone.

After the fish appetizer, I suggest serving generous amounts of challah with the main course soup. It's the ultimate comfort food combination. Whenever I'm sick or in need of solace, I eat the two together. No matter what, it makes me feel better.

Since the chicken soup recipe below is Ashkenazi-style, it complements pickled beets and cucumber salad, dishes typical of Central and Eastern Europe. Cap the meal off with something simple, such as baked apples. The entire menu can be prepared two days in advance, relieving stress for people who are serving dinner and rushing to Kol Nidre services.

Place all ingredients, except rice and one bouillon cube, into a large pot. Add enough water to cover ingredients by 3 inches. (Water level should be at least 3 inches below top of pot to avoid bubbling over.) Place lid on pot. Boil on a medium flame for about two hours, stirring occasionally to check that broth doesn't boil away. Soup is ready when broth yellows and chicken falls off bones. Add salt, if needed. Cool soup to room temperature. Remove and discard skin and bones from breasts. Cut chicken into bite-sized pieces and return to broth. Refrigerate for several hours or overnight.

Skim and discard chicken fat, which has risen to the top. Prepare rice according to package instructions. Boil fourth bouillon cube in two cups of water, stirring until it dissolves. Cool rice to room temperature. Add bouillon water. Cover pot for 30 minutes. Rice will swell and absorb the water. If water remains, drain rice in a sieve. Place rice in soup. Heat and serve immediately or refrigerate and serve the following day. Soup freezes well.

Ed note: When making chicken soup, some people prefer to discard some of the vegetables that have cooked with the stock, adding fresh ones when the stock is reheated.

Cut cucumber horizontally into circles so thin that they are translucent. Place in a large, nonmetallic mixing bowl. Mince dill fine and add to cucumbers. In another bowl, add sugar to vinegar, stirring until dissolved. Add to cucumbers. Gently toss ingredients until well blended. Cover and refrigerate for 24 to 48 hours. Serve cold or at room temperature.

Place all ingredients in a large pot. Bring to a boil and lower flame. Simmer for 1-1/4 hours, or until beets are soft when pierced with a knifepoint. Cool to room temperature. Remove to a nonmetallic bowl and cover. Refrigerate for 24 to 72 hours before serving cold or at room temperature. 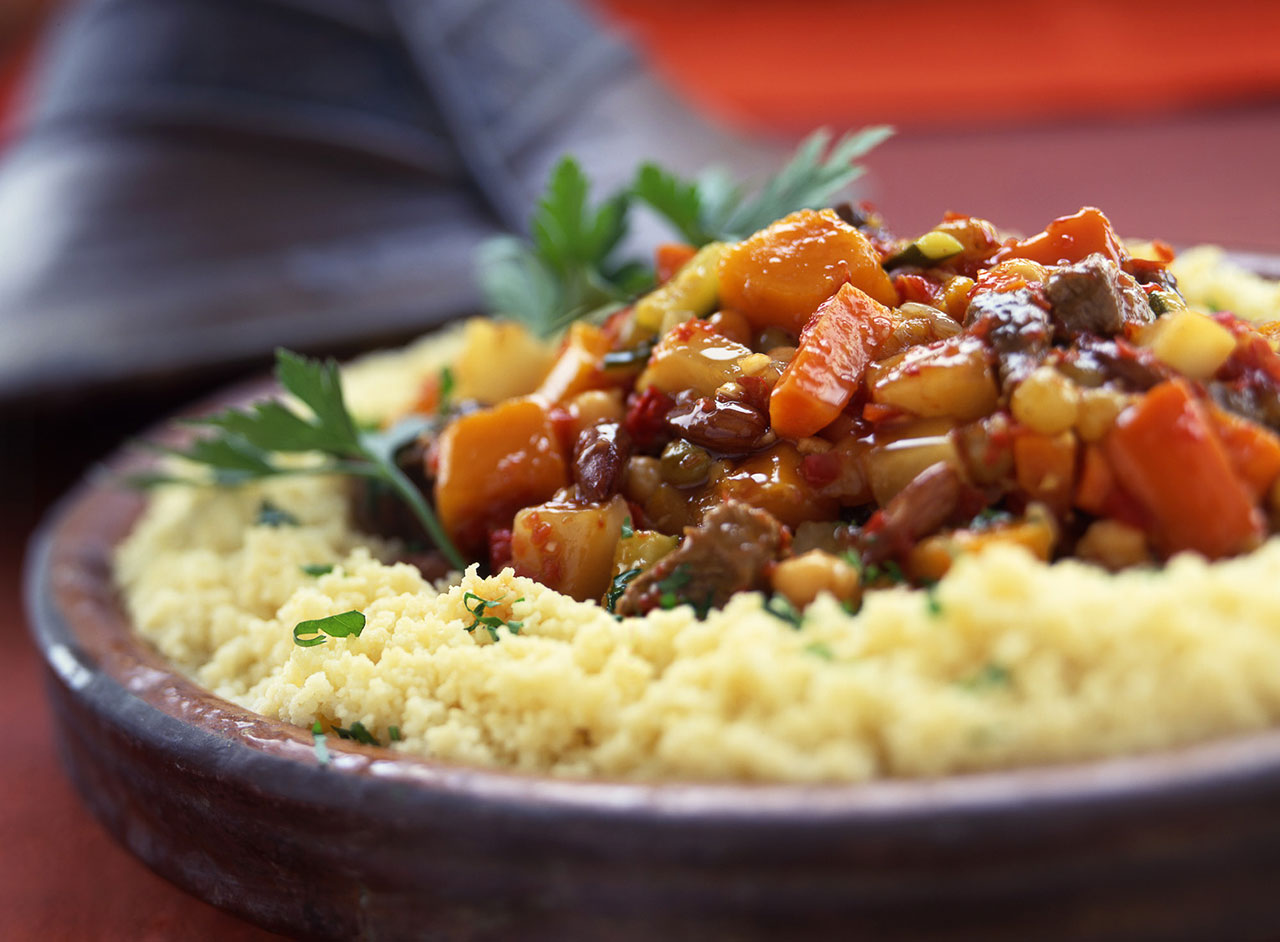 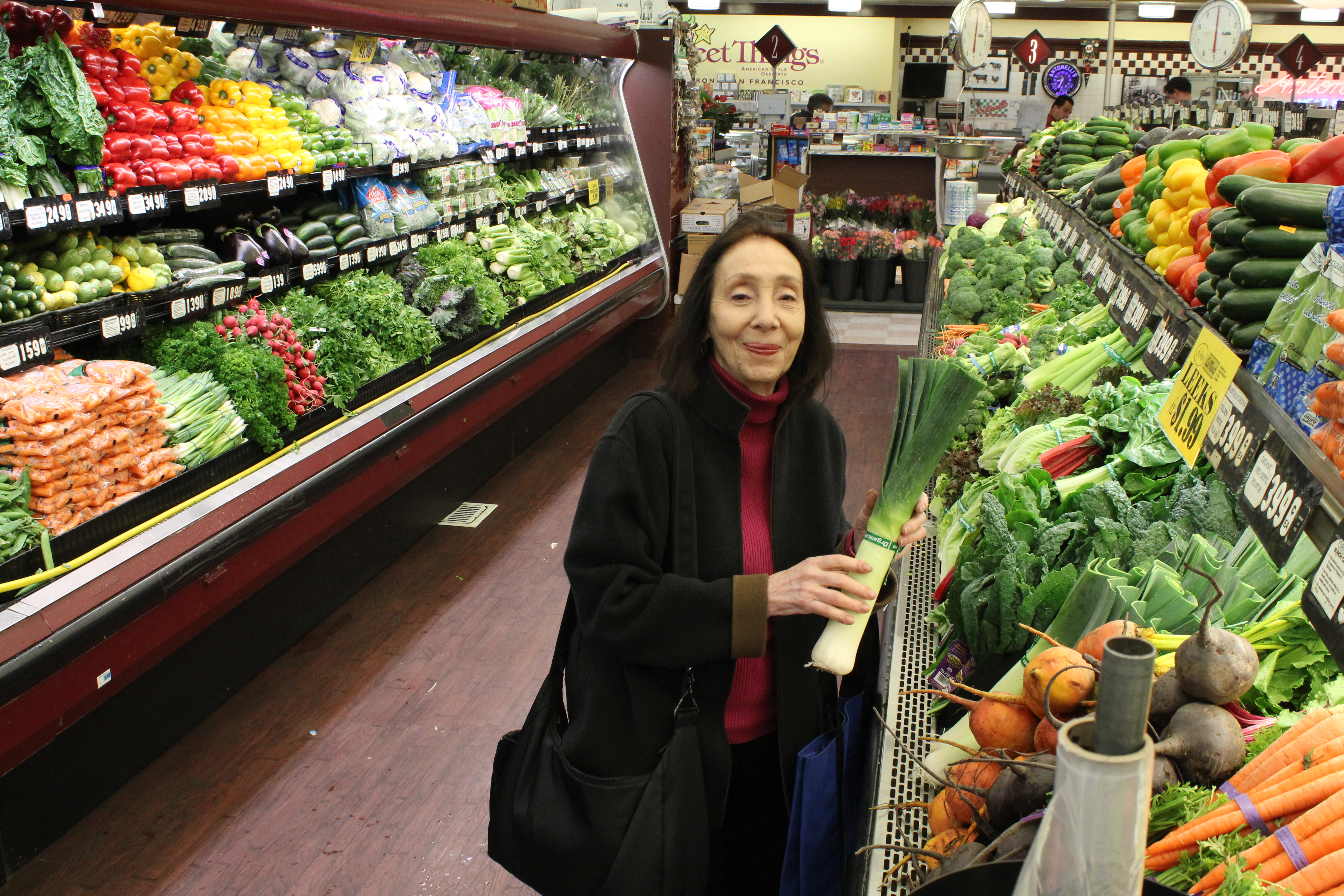