Jewish history in Ireland has deep roots. Jews have been recorded there since the 11th century. Annals of Innisfallen noted the visit of five Jews — probably merchants from Rouen, France — to the "High King" at Limerick. More Jews arrived after the expulsion from Spain and Portugal in 1492. A Jewish mayor, one William Annyas, served in the town of Yourhal, County Cork, in 1555.

But the Sephardi population was never large, and, as in the United States, the bulk of Ireland's Jews arrived as a result of the pogroms in Eastern Europe from the 1880s to about 1900. Another wave of immigrants came just after World War II, as survivors of the Holocaust swelled Ireland's Jewish population to it highest point, about 5,400. For many, though, Ireland was just a stopping-off place en route to the United States or Canada, and after about 1950 the population began its decline to its current level.

The Irish Jewish Museum is located in two houses built about 1870 in an area of Dublin named Portobello. In the late 19th century, this was the center of Dublin's Jewish life, with eight small synagogues located in the area's typically two-story brick buildings. The museum is housed in the former Walworth Road Synagogue, one of the largest, with a capacity of up to 160 men and women.

In the mid-1970s, Dublin's Jewish population began to move in the suburbs, where there was more space for families (the little Portobello houses usually lacked gardens), and the synagogue was closed. It languished until its rebirth as the museum in 1985. Today, it receives some 10,000 visitors annually, with about 40 percent from the United States.

In its beginning, the museum contained only a few display boards and card tables holding its exhibits. The floors were uncarpeted. Today, the lower floor houses a crowd of exhibits — photographs, artifacts, books — on a wide range of topics, including the history of Dublin's (and Ireland's) Jewish community, as well as Irish Jews in literature, sports, commerce, art and other endeavors.

One exhibit deals with anti-Semitism, which, according to curator Raphael Siev, a retired attorney whose ancestors emigrated from Lithuania around 1900, is not a problem in Ireland, with the exception of isolated incidents such as graffiti.

Another is dedicated to James Joyce's "Ulysses," whose hero, Leopold Bloom, is Irish literature's most famous Jew. Joyce probably met many Jews during his residence in a large apartment house in Trieste, Italy, where he lived and taught English, and all Dublin has gotten into the act: Every "Bloomsday," June 16, the day on which the action of "Ulysses" takes place, people dress in costume and celebrate. The museum display features the Dublin locations mentioned in the novel.

Other exhibits feature a history of Ireland written in Hebrew. There are also bottles of Guinness beer, Dublin's famous "black stuff," with labels in Hebrew. One of the most recent acquisitions is a menorah donated by a New York woman on December 12, 1991, depicting the New York skyline, complete with the Twin Towers.

Also on the ground floor is the typical kitchen of a Jewish home from the period around 1900. The table is set for Shabbat, but the housewife had cramped quarters to work in.

The second floor is the location of the former synagogue, looking as if it were ready to receive its congregation at any time. In the former women's section, exhibits of the Jewish lifecycle have been set up, with a rather jumbled exhibit of artifacts relating to circumcision, bar mitzvah, marriage, family, and the different holidays. Several beautiful ark covers are displayed. One showcase is dedicated to the memory of Ireland's only Holocaust victim, Esther Steinberg, a Jewish woman who married a Belgian and was deported with him from Belgium to Auschwitz.

Another casualty of the war was Greenville Hall Synagogue, which was bombed, though not entirely destroyed, in a German bombing raid on Jan. 3, 1941. Its foundation stone was laid on March 23, 1916, coincidentally the date of the Easter Rising, the Irish rebellion against English rule.

A donor has bought and donated the three houses adjacent to the museum, but the museum lacks funds to expand into them. Curator Raphael Siev hopes that more donors, perhaps Americans (who can obtain full tax credit), will come forward to make the expansion possible.

"The Nazis destroyed the Jewish heritage [in Europe]," says Siev. "Here there is a heritage also. This heritage can be saved." 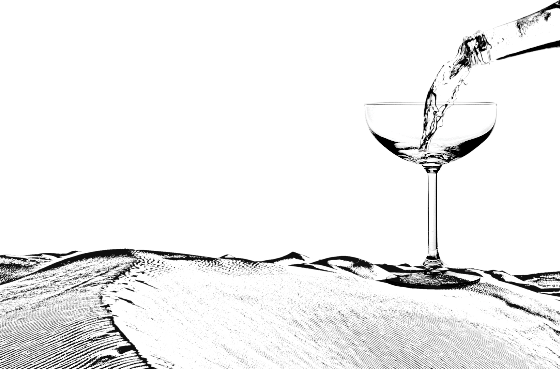