This is an excerpt of a speech by Fred Rosenbaum given Sunday, Dec. 14, at a weekend event in memory of Rabbi Saul White, the longtime spiritual leader of San Francisco’s Congregation Beth Sholom, who died 20 years ago.

I first met Rabbi Saul White in the mid-1970s, when I was just starting out in my career. I was awed by his presence — that leonine, hoary head, that authoritative yet soothing voice, that mix of inner strength and outward warmth.

So you can imagine my surprise a couple of years ago, when I read in his oral history that when he first came out to San Francisco — in 1935, at age 27 and fresh out of rabbinical school — the lay leaders who had hired him at Congregation Beth Sholom almost sent him right back because they felt he didn’t look like a rabbi. Their image of a spiritual leader was something on the order of a bearded, mature man.

Since they paid his rail fare from the east, they let him conduct High Holy Day services. He remained for 4 decades and not only expanded his own synagogue more than anyone could have imagined, but also made an enormous impact on the community.

He first set about building up the synagogue. He skillfully led Beth Sholom, still Orthodox when he arrived, toward Conservative Judaism. By 1949, the membership rolls had risen almost tenfold from a decade earlier to 460.

But his contribution to the community as a whole was even more important. He interpreted for all of San Francisco Jewry the two most momentous events of the past 2,000 years, the Holocaust and the birth of modern Israel.

In the ’30s and ’40s, the Jews of San Francisco, more than any other city in the country, were dominated by ultra-Reform Jews of German origin. The Congregation Emanu-El crowd, the old family dynasties entrenched since the Gold Rush, had an iron grip on the federation, the communal defense organizations and almost everything else of importance.

And they were distinctly assimilationist. They actually downplayed the Jewish dimension of the Holocaust for fear that it would look unseemly if Jews dwelt on the suffering of their own. Also, they staunchly opposed Zionism, afraid that Jews would be accused of dual loyalties.

Led by Emanu-El’s powerful rabbi, Irving Reichert, a branch of the American Council for Judaism was formed to try to prevent the creation of a Jewish state. In a short time it drew 1,500 members and was the strongest chapter in the country. I have a copy of Reichert’s Kol Nidre sermon of 1943. In the darkest moment in all of Jewish history he told his congregation that Zionism was the greatest danger facing the Jewish people.

The other rabbis in town were easily intimidated by Reichert and the power of the Emanu-El elite. But White would have none of that.

His main forum was the Jewish community newspaper, ironically called the Emanu-El because it had been founded by that congregation’s rabbi, Jacob Voorsanger, back in 1895.

In the ’30s and early ’40s, it was only eight pages and ran no political cartoons and rarely any letters to the editor. Virtually everything in it was syndicated material from JTA, except for the editorial and the op-ed column.

During almost every week of World War II, from 1939 through 1945, White wrote that op-ed column. His essays were as hard-hitting as any Jewish journalism in the country. In fact they were often reprinted around the world.

Reading them today, one gets the sense of controlled anger at San Francisco’s Jewish aristocracy.

Take this column from the summer of 1942, when he praised the gathering that filled New York’s Madison Square Garden to bring attention to the fact that a million Jews had already been murdered by the Nazis. In San Francisco, on the contrary, there was debate and disagreement that lasted more than a year on what sort of mass meeting to hold here.

White wrote: “How unnatural a people we have become that to express our sympathy with the tortured Jewish communities of Europe our leaders urge that we must do so only if we can enlist non-Jewish organizations in the planning, that we dare not express our sorrow for the Jewish victims without doing so for others, that it would be best if non-Jews would eulogize our slain brothers and sisters. Such council you give us! … How deeply the acid of decay has eaten into our souls! How poor in spirit we have become!”

In October 1943 he wrote that “3 million Jews have been led to death by the Nazi tormenters.” It was the very first mention of such a figure in the Emanu-El and the only way San Francisco Jews could find out the ghastly truth. The news articles of the time were muted and evasive.

When the American Council for Judaism was formed in late 1942, White reacted with utter disgust. Some of the adjectives he used in his columns to describe the group were “treacherous,” “traitorous,” “disruptive,” “destructive,” “holier than thou” and “self-hating.” “It is enough to make God shed tears,” he wrote.

White did not merely take the anti-Zionists to task, he thunderously articulated the arguments for Jewish nationalism.

For a rabbi of a major congregation to single out the Jewish community leadership was almost unprecedented in the history of the Jews in San Francisco. And it went far beyond their opposition to Zionism. Here is one of many examples, written in 1941:

In January 1946, after almost seven years, he was unceremoniously kicked off the paper. This happened because the Emanu-El was bought by Walter Haas, Dan Koshland and Philip Lilienthal, who then donated the newspaper to the federation. Eugene Block, the new editor of the renamed Jewish Community Bulletin, felt that White’s column was simply too critical and controversial.

White was the first to pierce the armor of the assimilationist mentality that had held sway here for so long. He did not win the battle at first and had many setbacks along the way, but ultimately he would see a proud, vibrant Jewish community take shape on the shores of the San Francisco Bay. No one, no rabbi or lay person, did more to bring about that change than he did. 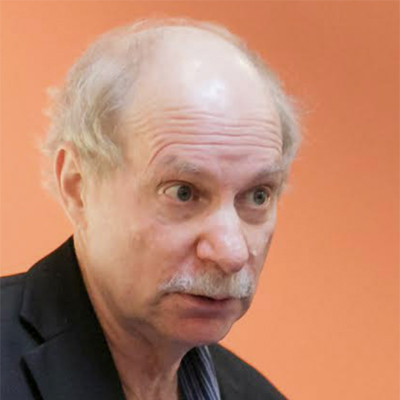 Fred Rosenbaum is the founding director of the former Lehrhaus Judaica and the author of “Cosmopolitans: A Social and Cultural History of the Jews of the San Francisco Bay Area” (University of California Press, 2009), among other books about local Jewish history.