ridgefield, conn. | Author and illustrator Maurice Sendak has the utmost respect for children. He finds them mostly to be intelligent, curious and empathetic.

He’s not so sure about their parents, though.

“Kids are pragmatic. They handle things better than adults,’ says Sendak, the author of timeless best-selling picture books such as “Where the Wild Things Are’ and “In the Night Kitchen.’

Grown-ups, he says, forget how to trust their instincts.

While he never intended his books to be for children, he has accepted the “kiddie artist’ label despite his other credits, which include staging operas and designing costumes for ballets.

“I write books as an old man, but in this country you have to be categorized, and I guess a little boy swimming in the nude in a bowl of milk [as in ‘In the Night Kitchen’] can’t be called an adult book,’ he says.

“So I write books that seem more suitable for children, and that’s OK with me. They are a better audience and tougher critics. Kids tell you what they think, not what they think they should think.’

He hopes, however, that his newest book, “Brundibar,” done in collaboration with “Angels in

America’ playwright Tony Kushner, gets everyone — young and old — thinking about how to get along in a divided, difficult world.

“Brundibar’ is a folk tale about two children who need to earn enough money to buy milk for their sick mother. It was first told as a 1938 Czech opera by Hans Krasa, which was performed 55 times by children at Terezin, a Nazi concentration camp. Nearly all the performers eventually were sent to Auschwitz; Kraza also died at the Auschwitz gas chambers.

Since it’s a story that was originally intended for youngsters, it’s already a departure for Sendak, who both writes his own stories and illustrates written works by others.

The colors featured in “Brundibar’ also are brighter than his typical illustrations because the story is so heavy, he explains,.

Sendak says this might be his last book. Since he never had children of his own, he considers each of his creative projects to be one of his “babies.’

“This [‘Brundibar’] is the closest thing to a perfect child I’ve ever had.’

As the son of Jewish Polish immigrants, Sendak remembers the tears shed by his parents in Brooklyn as they’d get news of Holocaust atrocities. “My childhood was about thinking about the kids over there [in Europe]. My burden is living for those who didn’t,’ he says.

“Brundibar’ never actually mentions World War II or the Holocaust, but if one looks carefully enough, the signs are there: a Star of David on the lapel of one shopper’s coat, the bully who has a shape like Napoleon but an unmistakable Adolf Hitler-style mustache and the good relationship between the country doctor, who says “mazel tov’ to the children and their mother, once they return with the milk.

Sendak, his sister Natalie and late brother Jack, are the last of the family on his father’s side since his other relatives didn’t escape Europe. The only family member Sendak really knew on his mother’s side was his grandmother.

It’s because the Holocaust hung over their house for so many years even after the war was over that Sendak refuses to sugarcoat his work. “My parents didn’t filter stories they told us. I got sent home from school for telling some of the same stories my father told me because my teacher said they were vile,’ Sendak says.

In fact, “Where the Wild Things Are’ is a composite of stories Sendak’s father told him. Sendak considers the stories to be fairly unremarkable, but thinking back, other children’s books of the ’60s didn’t deal with real life issues, like temper tantrums. “I want kids to know what the world is like.” he says. “They are going to have to live in it!’

Of course, “Wild Things,’ which won the prestigious Caldecott Medal as the best picture book of 1964, is about more than a kicking and screaming child. The book follows Max, who is sent to bed without supper because he was misbehaving, on a journey, sometimes a rampage, through his own imagination.

During an interview at his Connecticut home, Sendak, 75, recalled the uproar “Wild Things’ caused when it was published. Children, he says, loved the book from the start, but parents and psychologists warned that it would scare children.

“I thought my career was over, but the kids saved me. They loved the books be-cause they are not afraid of life,” he says. 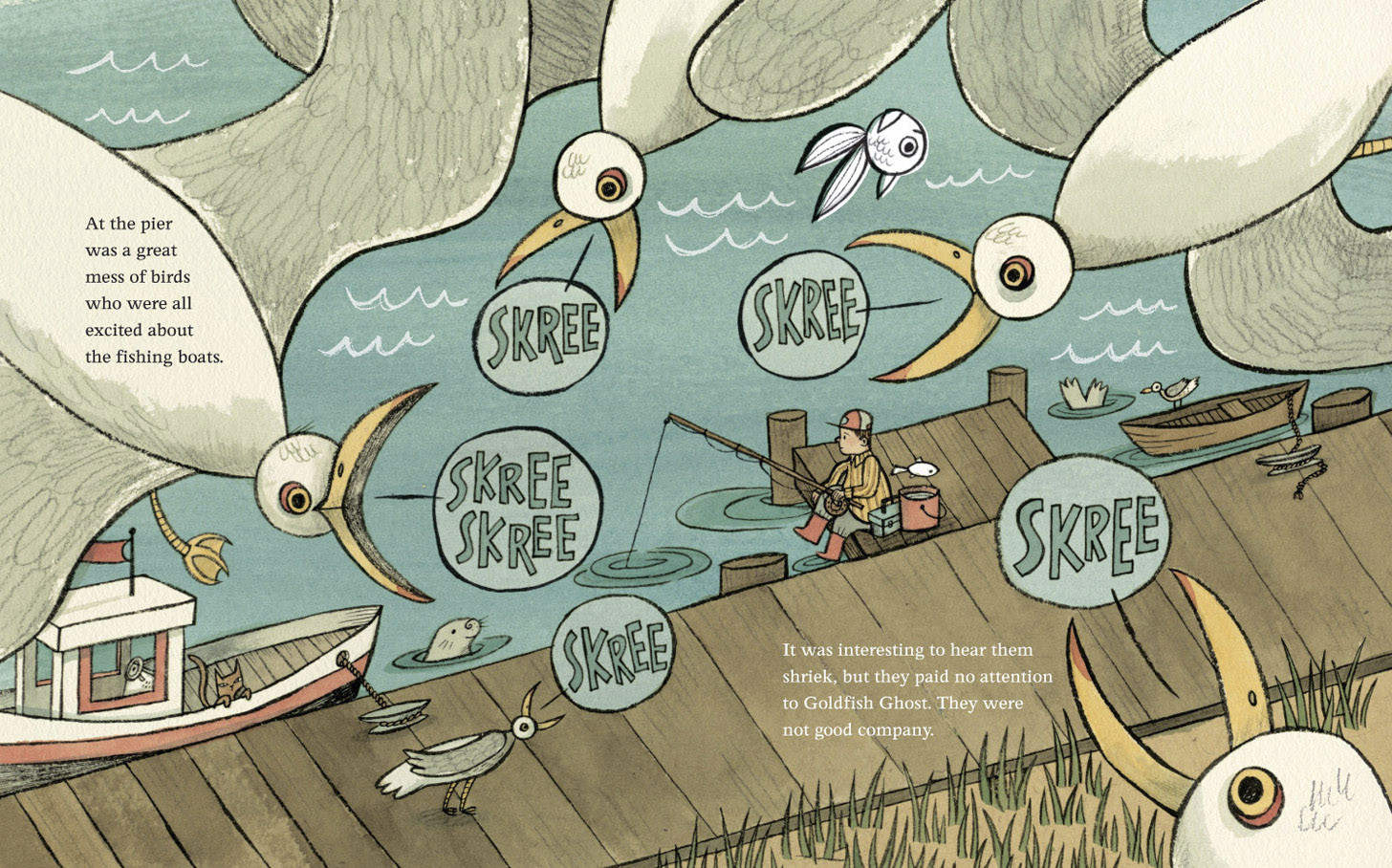