Even during the season of repentance, prayer, there is time to rejoice

The Hebrew month Elul begins Sept. 5 and marks the beginning of the penitential season of reflection, prayer, charity and repentance when Jews are called to account before God for their actions during the past year. From that moment going forward until Rosh Hashanah begins, the shofar is sounded daily (except on Shabbat) and Psalm 27 is appended to weekday worship.

Re’eh, this week’s Torah portion, focuses the attention of a student of the Torah on the Days of Awe, beginning with Moses’ admonition to the Israelites: “See, I set before you today a blessing and a curse.” (Deut. 11:26)

This sentence features an unusual grammatical structure in Hebrew. It begins in the singular form of the word “see,” and continues with the plural pronoun “before you.” Medieval commentator Ibn Ezra suggests that the word re’eh (see) is in the singular to teach that God speaks to each individual in the community, urging spiritual discipline — cheshbon hanefesh —a personal and inward soul-searching.

Re’eh further fosters this introspective process by referencing sh’mitah (a release from servitude, and a remission of debt once every seven years). This way of equalizing wealth is expressed in the hope that “there shall be no needy among you” (Deut. 15:4), even though the text also reminds readers that “there will never cease to be needy ones in your land, which is why I command you: Open your hand to the poor and the needy kinsman in your midst.” (Deut. 15:11) This contrast recognizes that no matter how successful the equalization of wealth, there will, nevertheless, always be poor people.

In the face of introspection as well as considering the weighty consideration of the plight of the unfortunate at this solemn time of the year, Re’eh provides an additional reminder that that some may consider to be counterintuitive to the weighty themes of this penitential season. In four separate verses, Re’eh commands a reader at be joyful: vahayita ach sameach — “you shall rejoice.” (Deut. 12:7, 14:26, 16:14, 16:15)

Such prompting is a necessity because people often put a damper on holiday and lifecycle celebrations, resulting in what has been termed, “simcha stress.” Family gatherings and festive celebrations are, on occasion, marred by frenzied efforts accompanied by the celebrants’ wish “to get it over with.”

Any clergy person can recount multiple instances in which family arguments heightened tensions at lifecycle events, disrupting what should have been exquisitely happy moments with shouting and carrying on. In light of such unfortunate possibilities that are, at times real, the mitzvah to rejoice is an all the more important admonition provided by Re’eh.

The High Holy Day season begins next week with Rosh Chodesh Elul. Take a moment to consider Re’eh’s reminder not only to set time aside for introspection and for generously dispensing charity, but also to remember to rejoice at festive moments, especially at and this solemn season when the psalmist gently reminds each one of us what is most important in Psalm 27:

Editor’s note: This will be Rabbi Stephen Pearce’s last Torah column. J. will have three new Torah columnists in the next few weeks. We wish to thank Rabbis Pearce, Lipner and Eilberg for sharing their thoughts with us for so long. 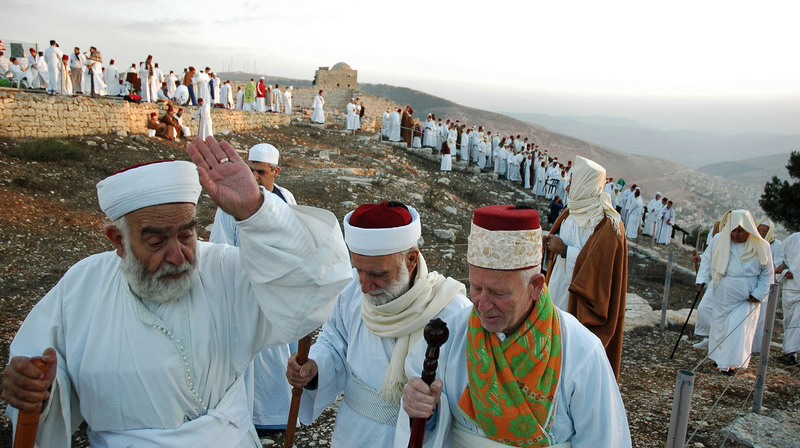