It’s the calming after the storm.

In the wake of Hurricane Katrina’s unprecedented destruction along the Gulf Coast, the Bay Area Jewish community is quickly mobilizing to assist victims, some of whom are headed this way.

Day schools, synagogues, federations and Jewish Family and Children’s Services are helping. The agenda includes everything from raising money to housing displaced families.

California emergency services officials have announced that an initial 1,000 evacuees from the city of New Orleans will soon arrive. How many are Jewish and how many will come to the Bay Area remains unclear. But local Jewish community activists are ready.

“We have a lot of experience dealing with emergencies and disasters,” said Anita Friedman, executive director of the S.F.-based JFCS. “We know what to do.”

Friedman and her staff have been coordinating with state and local officials, the Red Cross and the Association of Jewish Family and Children’s Agencies (JFCS’s national umbrella organization). Short-term concerns include food, shelter, health care and schooling for children. For the long term, permanent housing and job issues top the agenda.

“Resettlement of masses of people requires a complex combination of skills, knowledge of local resources and trauma counseling for the uprooted people, especially children,” said Friedman. “Resettling to the Bay Area is like resettling in midtown Manhattan. This is an area where the cost of living is one of the highest in the country and where job opportunities are limited.”

Some dislocated families have already arrived and begun receiving assistance from JFCS, she said.

Friedman’s counterpart across the bay, Avi Rose of JFCS of the East Bay, reports his agency has been funneling funds directly to sister organizations in the affected areas. Once evacuees start to arrive, Rose promises, he is “prepared to offer the services they need, including assistance in finding housing and employment, post-traumatic stress counseling and other supportive services.”

Mindy Berkowitz, executive director of Jewish Family Service of Silicon Valley, says her organization already has helped one elderly New Orleans couple stranded in the South Bay while here on vacation. She placed them with a family in Saratoga until they could make their way back East.

“It became clear they couldn’t go back home,” said Berkowitz. “They were in shock, and needed time to deal with what was going on.”

At local day schools, the fall semester had barely begun before students, parents, faculty and administrators shifted into Katrina-relief mode.

“The commitment would be for a minimum of 90 days,” wrote Heller, “with us [the Brandeis Hillel community] providing free temporary housing or cost-reduced housing, temporary job opportunities, counseling services, cars and vans as loaners, clothing for families and the like.”

As of Tuesday, Sept. 6, more than 30 Brandeis Hillel families had signed up. Part of the package includes free tuition for the children the school takes in.

“We want to provide a full service,” said Tania Lowenthal of the school’s administrative staff. Two families from New Orleans, both now evacuated to Atlanta, may be among the first takers in the Brandeis Hillel effort, she added. “We want our students to experience generosity firsthand.”

Brandeis Hillel is a member of Ravsak, the Jewish Community Day School Network. All 90 member-schools across the country have been asked to help.

At El Cerrito’s Tehiyah Day School, Head of School Steve Tabak said he is contacting families about taking in evacuees.

“We’re just waiting to hear what the specific needs are,” he said. “I’m about to write to our parent body about seeing who can take in students or families that are displaced. I’m sure there are a number of families who will.”

Students at S.F.’s Jewish Community High School of the Bay launched their own fund-raising drive: a competition among the various grades to raise the most money. Hurricane tzedakah boxes have been placed in the school lobby, with the winning grade promised an ice cream sundae party.

At Ronald C. Wornick Jewish Day School in Foster City, Head of School Mervyn Danker said his community is ready to assist. “It’s our responsibility as Jews to look out for people in distress. The easiest thing is to organize a tzedakah collection, which we are doing.”

Fifth- and sixth-graders at Sacramento’s Shalom School are making Rosh Hashanah honey pots to sell, with all proceeds earmarked for hurricane relief.

At Yavneh Day School in San Jose, a drive is already under way, with students doing extra chores at home and planning bake sales to raise money.

At Gideon Hausner Day School in Palo Alto, a schoolwide hurricane tzedakah drive netted $1,000 on its first day. Said Cindy Schlesinger, head of the middle school program: “The younger students understand that there are people who lost their homes, and they want to do something. We told our kids, ‘Go to your piggy banks.'”

Contra Costa Jewish Day School is teaming up with Lafayette’s Temple Isaiah to coordinate efforts. Said Head of School Dean Goldfein, “When the news [of Katrina] hit, families and staff wanted to do something.”

Goldfein made an appeal at Back to School Night on Thursday, Sept. 1., and within two days the school had raised $700. The school will work with Temple Isaiah when the time comes to house families and send their kids to school.

“We’re creating a database of rooms and apartments available,” said Temple Isaiah Rabbi Roberto Graetz. “If people have friends or relatives here and need to relocate a while, we can put them up. We also have a few congregants flying to Baton Rouge to volunteer.”

Scores of other local congregations are ramping up their own hurricane-relief activities.

The sisterhoods from Congregation Shir Hadash in Los Gatos and Congregation Rodef Sholom in San Rafael will be collecting Target and Wal-Mart gift cards to send to Temple B’nai Israel in Baton Rogue, La., which is housing dozens of evacuees from New Orleans.

Many local Chabad rabbis have urged congregants and others to donate funds via a link at its Web site, www.chabad.org. Despite the flooding, Chabad has maintained a presence in New Orleans and has sent its own search-and-rescue teams to the city.

For some local Jews, the priority is helping those at Katrina’s ground zero. Rabbi Eric Weiss of the Bay Area Jewish Healing Center is heading for Baton Rouge to provide pastoral counseling.

Representatives from the Jewish Community in Baton Rouge contacted Weiss, requesting his assistance. Having had disaster training and having done a rabbinic internship in New Iberia, La., Weiss was the perfect choice.

Adds JFCS’s Friedman, “This is why we’re here.” 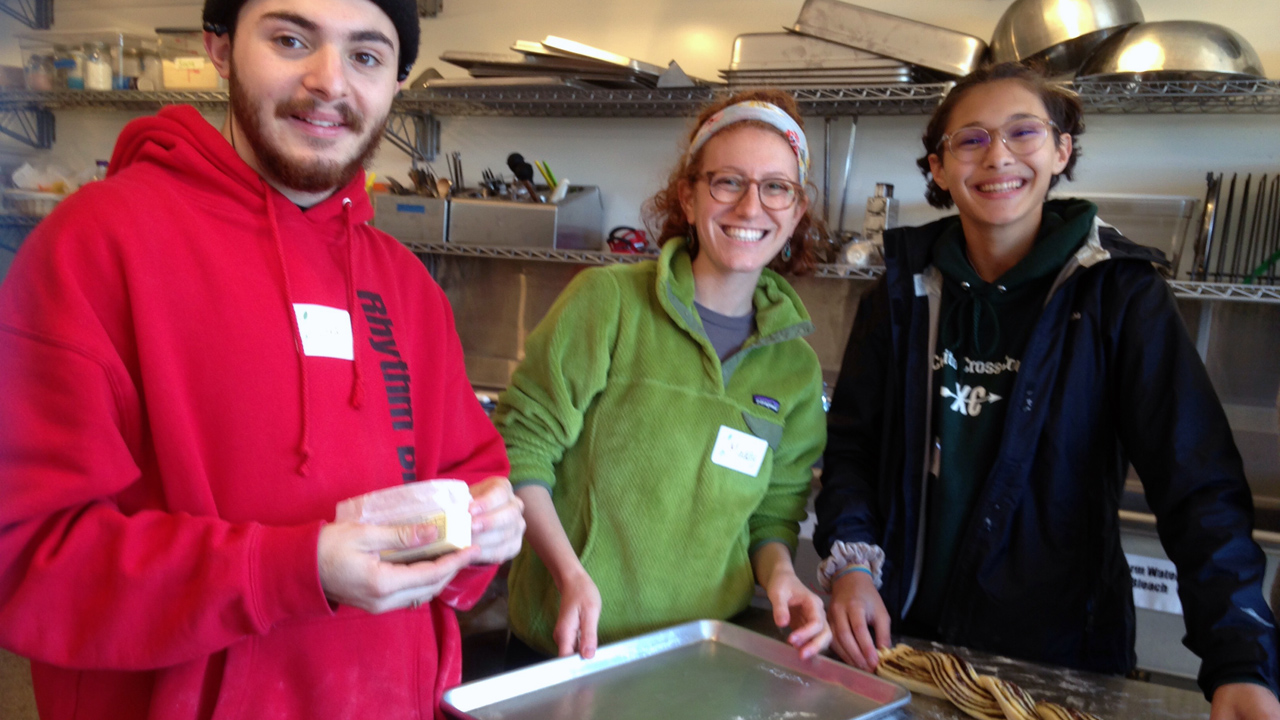