Before he reached his teens, Suleiman al-Khatib began throwing stones at Israeli troops in his West Bank village. Then it was Molotov cocktails, and finally, he stabbed someone.

The soldier was lightly wounded, and al-Khatib was sentenced to 10 years in Israeli prison. He was 14.

Al-Khatib’s story does not end there. He picked up Hebrew in prison, and taught himself English. He read as much as he could about Jewish history, the Holocaust and the founding of the state of Israel. And slowly, his views began to change.

“It’s a process,” he said in an interview at Tawonga. “It’s not a shift just like this, but year by year. I and many Palestinian prisoners, step by step, began to accept Israel. And we realized that dialogue with Israeli people is necessary to achieve peace.”

In 2004, al-Khatib was one of eight Israelis and Palestinians who traveled together to Antarctica in a mission called “Breaking the Ice,” which was widely covered by the media. So when he sent an e-mail to Len and Libby Traubman of San Mateo, founders of numerous Bay Area dialogue groups and co-founders of the peacemakers weekend, they invited him.

Al-Khatib was one of about 20 people from the Middle East who were flown here to attend this year’s Jewish-Arab family camp, made possible through fund-raising by local Jews and Palestinians.

The third annual peacemakers weekend was vastly different than the first two, with far more people in attendance and, in particular, many more from the Middle East. Including Tawonga staff, there were about 140 people, with an almost even number of Arabs and Jews.

While al-Khatib, who could sometimes be seen with a cigarette behind one ear as he waited for his next cigarette break, calls himself an “ex-fighter,” the fact that some might call him a terrorist was not lost on anyone.

“We want to be as inclusive as possible, and anyone who has an interest in furthering the peace process is welcome,” said Michael Katten, a Tawonga board member. “Suleiman doesn’t betray our mission at all, but rather it’s validating that someone like him sees us as a vehicle for furthering peace.”

And surely his presence affected many. “I was trying to imagine what it would have been like if we met when he was in prison and I was in uniform, with full weapons,” said Israeli Lior Levi, 27, a five-time Tawonga staffer who has pledged he will never again touch a gun.

Sitting by the Tuolumne River, after a final ceremony in which Jews and Arabs washed each other’s hands in the water, Levi said, “In the back of my mind, I keep thinking about how we could be hurting each other, but here we are smoking cigarettes and making jokes about Americans. We both want the same things, to fall in love and have kids. It’s magical that it can be so different than it used to be.”

Also flown in from Israel was “Peace Child Israel,” a Jewish-Arab theater group that performed a wordless act of their play. Six teens, their parents and the director, who live in neighboring Galilee villages, all came. The participants had no contact with each other until an American-born immigrant formed the group, and their parents began to meet regularly, too. Reflecting the mix of cultures and open attitudes, one Muslim girl wore a Tawonga sweatshirt with her hijab (Muslim head covering).

The camp offered many opportunities for hearing each other’s perspectives, even on difficult issues. In the stone amphitheater where Shabbat services are usually held, participants discussed such contentious issues as the fate of Jerusalem and the Palestinian right of return. Jewish and Arab children of the participants were often playing together in the distance, providing a glimpse of what the future could look like.

After so much heavy conversation, a talent show was followed by a dance on Saturday night, Sept. 17, where it was impossible to tell the Jews from the Arabs. An Israeli staffer growing dreadlocks taught a popular Israeli dance with belly dancing moves, and the septuagenarians boogied as hard as anyone.

Ann Gonski, a Tawonga director, said she’d had no idea whether they could “pull this off,” as they had never before attempted anything on this scale. But seeing supposed enemies connect made her “weepy.”

On Monday night, Sept. 19, in an event organized by the Traubmans, camp participants shared their stories with the public at St. Mary’s Cathedral in San Francisco.

But even as new friendships were forged at camp, the reality of two warring peoples was never too distant.

One example was when Jacob Mandelsberg, a longtime Jewish dialogue participant from El Cerrito, shared his story with Lama Tarayrah, a 19-year-old Palestinian Jerusalemite who is now a sophomore at Brigham Young University.

Originally from Chicago, Mandelsberg, 46, moved to Israel right out of high school. He served two and a half years in the Israel Defense Forces, mostly in the West Bank. Ten years later, he was ordered to report to Ansar for reserve duty.

“Everyone knew about Ansar,” he said. “It was a big prison in the Negev desert for those fighting in the intifada, and the only difference between you and the prisoners was that you have guns. That was a red line I just wasn’t going to cross.”

Rather than go to military jail, Mandelsberg chose to have his army profile lowered — a permanent stain on his record. He felt this would affect his ability to get a job so much that he returned to the United States, his Zionist dream in tatters.

Listening carefully to his story and the pain in his voice, Tarayrah, her brown eyes wide, said softly, “You could have been my father’s jailer.”

Tarayrah did not meet her father until she was 5. He was sentenced to Ansar for writing articles against the occupation when her mother was eight months pregnant with her.

Had Mandelsberg chosen differently, their time at Ansar would have overlapped. It was a heartrending decision that he hasn’t regretted, and certainly not when he was sitting across from Tarayrah.

“My father still has bruises and scars from his time in prison, and you could have been the one who caused them,” she told him.

His voice barely audible, he said, “But I wasn’t.” 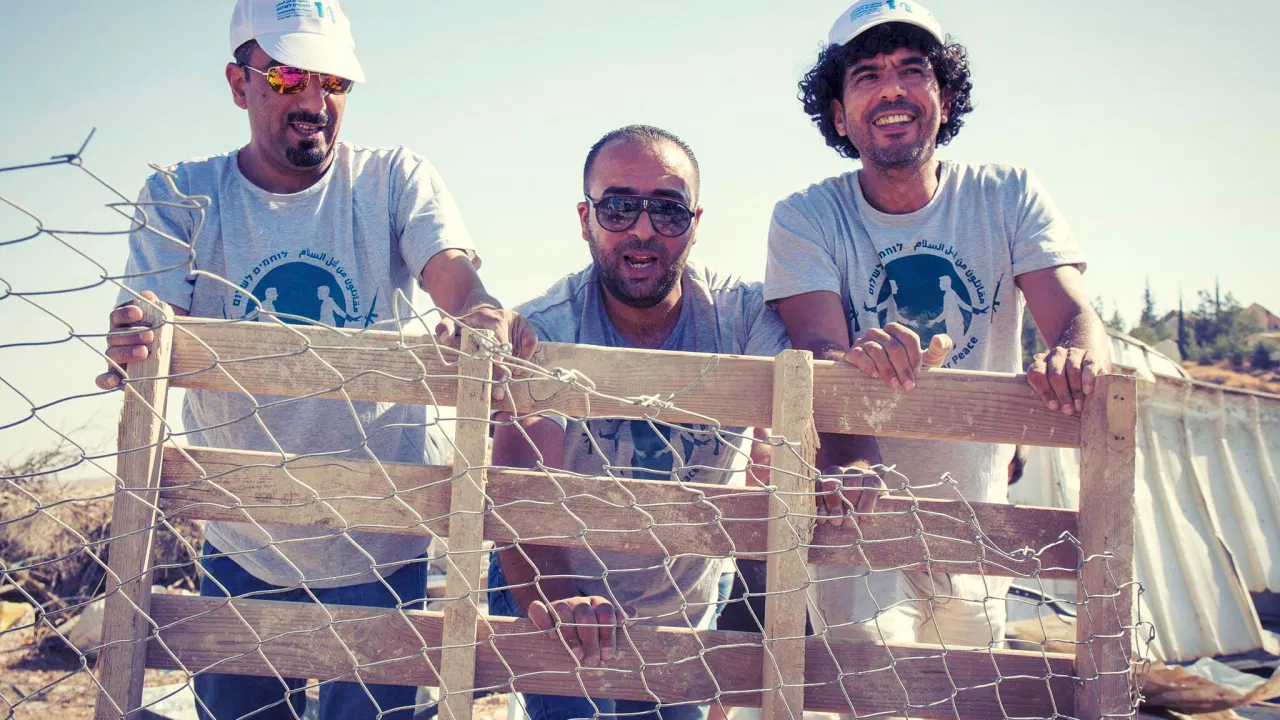 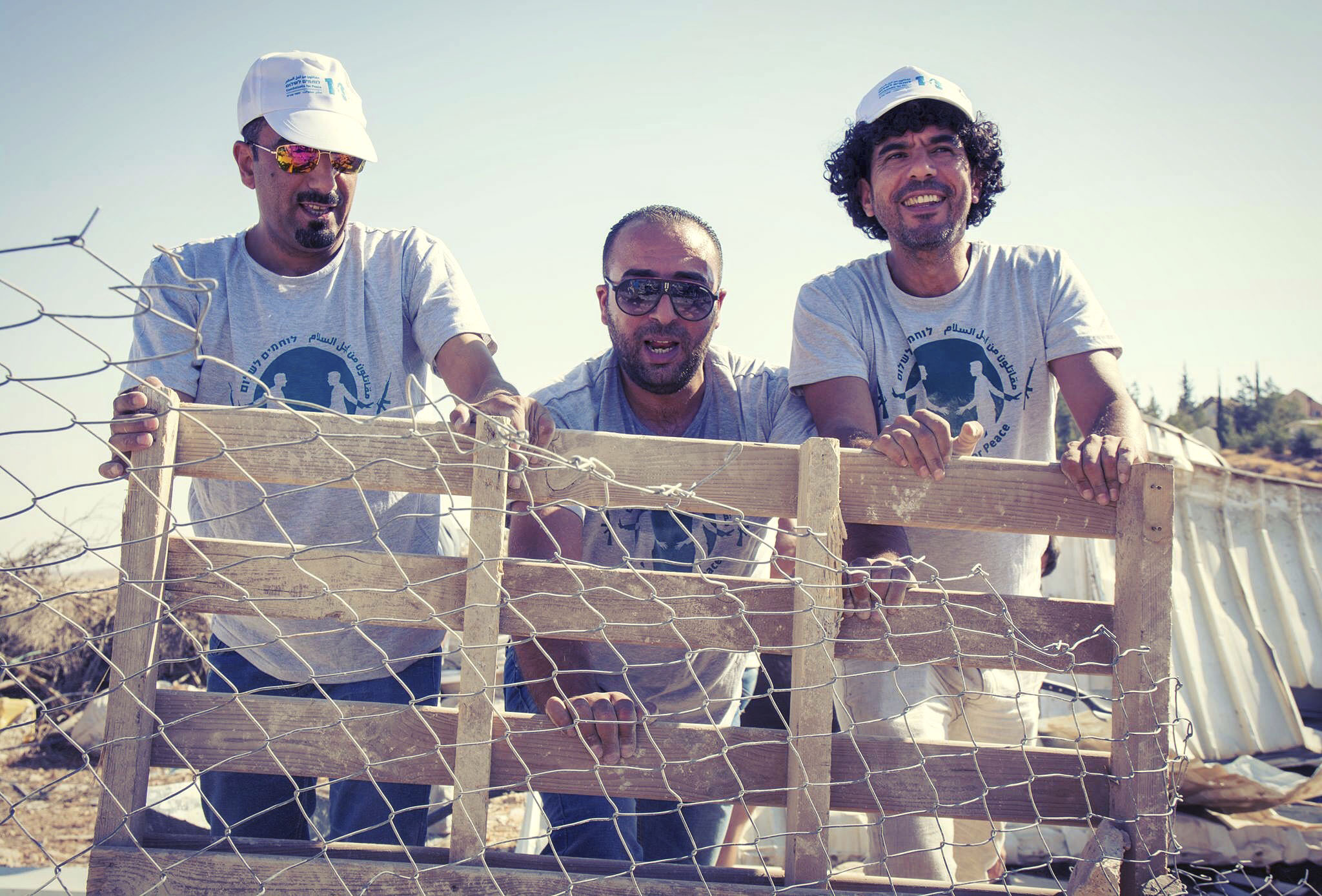