Joshua Downes Son of Michele and Larry Downes, Saturday, May 27 at Temple Isaiah in Lafayette.

Gabriel Guido Son of Sara and David Guido, Saturday, May 27 at Congregation Beth Am in Los Altos Hills.

Ananda Miriam Johnson, the daughter of Abby and Brian Johnson, sister of Batya Johnson, will be called to Torah on May 27, 2006, Shabbat Bambibar. Ananda, better known to her friends and family as Annie, is a seventh grader at Pleasanton Middle School where she is an honor roll student and has been accepted in the Leadership class for next school year. For one of Annie’s mitzvah projects, she collected games for Hurricane Katrina Victims that were evacuated to Camp Chaffee in Arkansas. Annie helped coordinate a collection at Wells Middle School where she attended sixth grade, and shipped the games to her grandmother who lives very near Camp Chaffee. Annie’s grandmother, Sarah Bays, delivered the games to the families at Camp Chaffee. Annie will donate a portion of her bat mitzvah presents to the Union for Reform Judaism’s Hurricane Katrina relief program and encourages others to do the same. Annie has studied jazz and tap dance since she was three years old. She also enjoys swimming, biking and tennis. Her hobbies include all different kinds of crafts including beading. She enjoys reading Nancy Drew mysteries in the editions handed down to her from her grandmother. She is a very good mah jongg player and loves to spend her summers at Camp Kadima and Newman. Annie was born in White Plains, New York and was named by Rabbi Robert Rothman of Community Synagogue, Rye, NY. She is the granddaughter of Harvey and Ruth-Ellen Nightingale of Staten Island, Sarah Bays of Alma, Arkansas and the late George Johnson. Annie is named for her great grandmother Ida Alperstein of Brooklyn and Saint John, New Brunswick, Canada.

As his brothers, father, and grandfathers before him, Jonah Salomon, son of Jeffrey Keyak and Vicki Coffey-Keyak, will be called to the Torah to lead services Rosh Chodesh, Sunday May 28, 2006 at Congregation Adath Israel in San Francisco.

Daniel Knittel Son of Gail and Brian Knittel, Sunday, May 28 at Congregation Beth Am in Los Altos Hills.

Ephraim Margolin Son of Dawn and Sandy Margolin, Saturday, May 27 at Temple Beth Abraham in Oakland.

Aaron Sanders Son of Olga Sanders, Saturday, May 13 at Temple Israel in Alameda.

Kevin Wachs Son of Christine and Robert Wachs, Sunday, May 28 at Congregation Beth Am in Los Altos Hills. 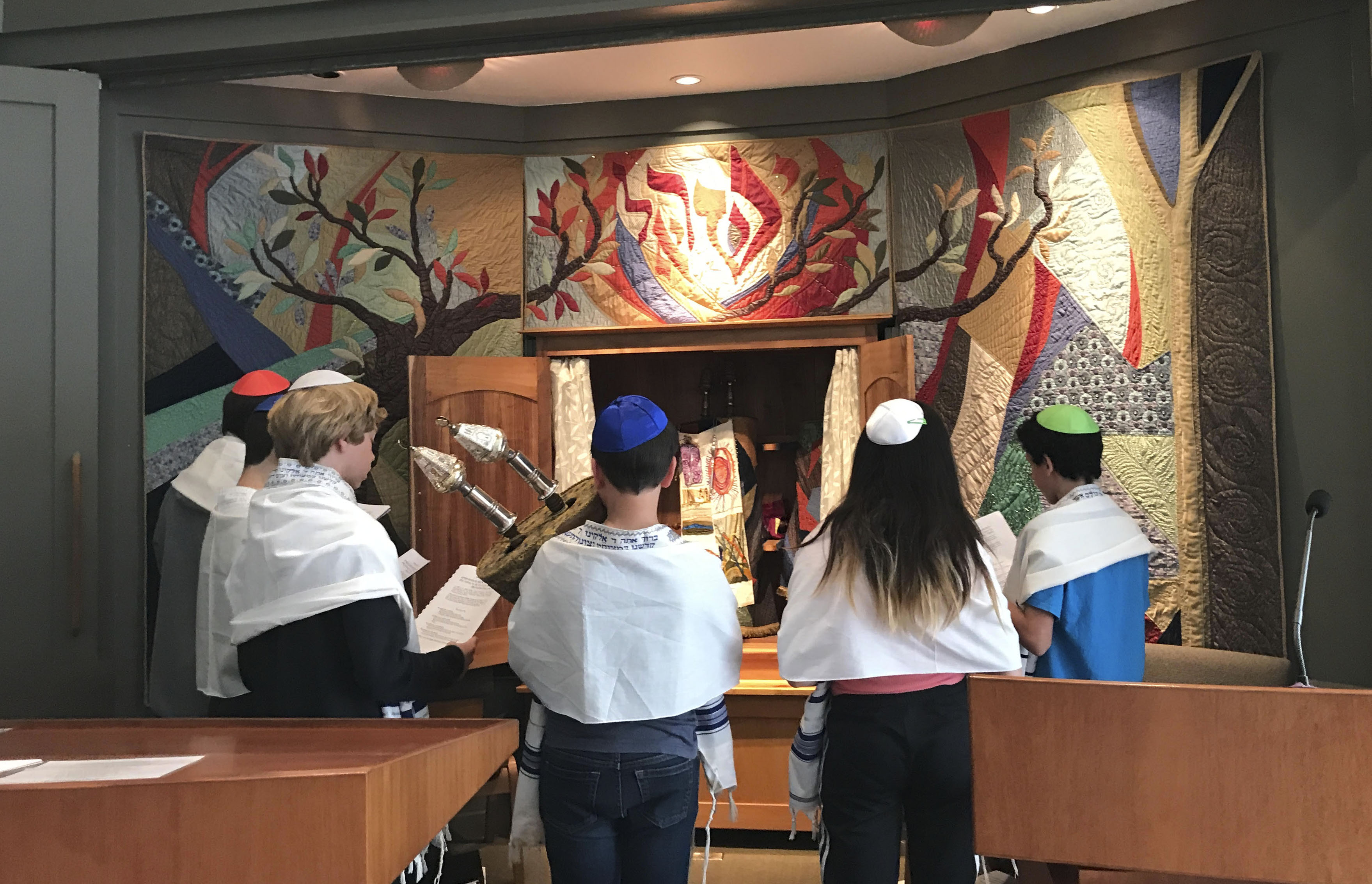