When singer-songwriter Debbie Friedman steps in front of the class at the Reform movement’s cantorial school this fall, she’ll be crossing more than a physical threshold.

The newly announced appointment of the popular 55-year-old musician to the faculty of Hebrew Union College-Jewish Institute of Religion’s School of Sacred Music in New York is akin to official sanction of her folk-inspired, sing-along musical style, which has slowly but firmly embedded itself in Reform, Reconstructionist and Conservative congregations nationwide.

Her songs range from traditional prayers reworked and set to new melodies such as “L’cha Dodi” or “Sim Shalom,” to the hard-driving, rock-influenced “Not By Might,” the powerful “Sing Unto God,” and the catchy, but sly “The Water in the Well.”

Friedman’s appointment can be seen as part of a general shift in American Jewish worship away from grand operatic performances by cantor and choir and toward greater congregational participation.

“My agenda is to modernize cantorial education to reflect the styles and needs of congregations,” said Cantor Bruce Ruben, who became director of the Reform cantorial school a year ago. “The curriculum reflected a type of cantorate that doesn’t exist anymore, or exists just in a few places.”

Friedman isn’t the only one singing and composing in a modern style. But she’s the best known, which is why her appointment to the as-yet unnamed position is seen as so significant.

Since her emergence as a composer of Jewish summer camp songs in the early 1970s, Friedman has faced resistance from cantors, rabbis and others who consider her music inappropriate in synagogue.

“I’ve been a symbol,” she said. “Rather than seeing me as a whole person, I’ve been perceived as a renegade, someone outside the system.”

That, Friedman said, is nonsense. “The issue is whether we’re reaching people and helping them pray. Whatever we can do to facilitate their worship experience and spiritual self-exploration, we’re obligated to do.”

Ellenson and Ruben stress that Friedman’s appointment does not signal a move away from teaching traditional nusach or the so-called “art music” of the second half of the 20th century, the melodies often used in Reform and some Conservative services. The school will continue to teach all three styles.

Many rabbis remain concerned that the legacy of traditional hazzanut will be swept aside in the rush toward a contemporary sound designed to draw in the young and unaffiliated.

Cantor Jack Mendelson of Temple Israel, a large Conservative congregation in White Plains, N.Y., teaches in Reform and Conservative cantorial programs. He is “a huge fan” of Friedman. Still, he said, most of the songs she and her colleagues write are “meant to be sung around the campfire,” not in the sanctuary.

“There’s a perception among congregants that came out of the folk revolution that hazzanut is showing off, that it’s not prayer,” he said. “That’s sad — hazzanut is the ultimate expression of Jewish prayer.”

Cantor Martha Novick, who also teaches at Reform and Conservative cantorial, noted that Conservative student cantors don’t get nearly as much of the new music as Reform students. That has produced a disconnect between new Conservative rabbis and cantors, she said.

Even so, the argument over cantorial style is not nearly as vitriolic as it was even a decade ago. Steven Dress, the cantor at Temple Israel, a Conservative congregation in Sharon, Mass., recalls Friedman’s performance at the assembly’s national convention 15 years ago.

One-third of the assembly didn’t applaud when she was introduced, he said, and he shared their trepidation. But the diminutive woman with the powerful, uplifting voice and quiet respect for Jewish tradition won him over.

“Her presentation was a turning point in my growth as a hazzan and in my personal growth,” he said. “Although I’m certainly not one who fully embraces her style, I do embrace it for our people.” 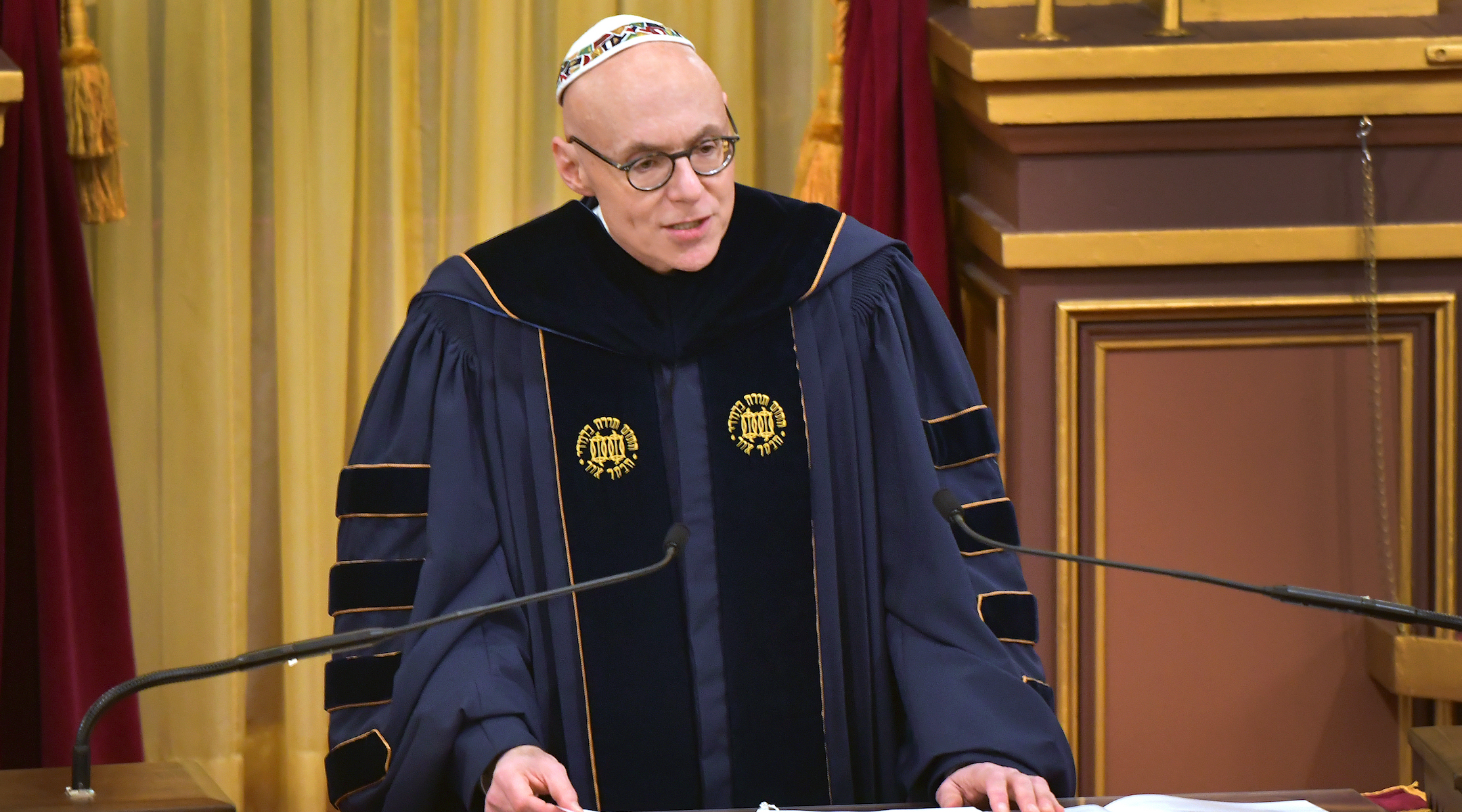