When little Gary Langer tagged along with his father to Oakland Oaks games, the thought certainly passed through his mind: What if that were me up there, with everyone cheering?

Half a century later, it happened. By now he was Rabbi Yosef Langer, and when the San Francisco Giants desperately needed a hit they called on him — to blow his shofar.

Unfortunately on that evening in August of last year, Langer’s shofar blast did not spur the team to victory. But when the stadium’s scoreboard operators coined the term “Rally Rabbi,” 40,000 fans roared in approval.

And they will again.

Langer will be back for this year’s Jewish Heritage Night at AT&T Park on Aug. 8, and he won’t be alone. He’s bringing along — himself. A 7-inch-tall version of himself that seems to agree with whatever you say (he nods a lot).

Perhaps you’re thinking, “This is great!” Or perhaps it’s more along the lines of, “What is this world coming to?” Either way, it’s a fait accompli: On Jewish Heritage Night the Giants will be giving away Yosef Langer Rally Rabbi bobblehead dolls to those in the special section.

For those unfamiliar with bobbleheads (aka nodders), the onetime ceramic-headed dolls with the creepy, Children of the Corn-like expression have taken an evolutionary leap in recent years. Feeding an untapped collectibles market (and taking full advantage of Chinese mass production), sports franchises and other organizations have created bobbleheads resembling specific individuals.

A cursory search on Web auction site eBay.com uncovers bobbleheads as esoteric as the “Nolan Ryan bloody lip nodder,” a Princess Diana bobblehead and even one of late Ohio State football coach Woody Hayes (it would be more fitting if the bobbling head belonged to the Clemson player he punched).

But creating a rabbinical bobblehead (with No. 18 on his back — clever!) was left to two men in the San Francisco Giants front office.

Joe Legaz, the team’s game entertainment coordinator and Craig Solomon, the season-ticket manager, brilliantly coined the phrase “Rally Rabbi” last year, at the very moment Langer was shown on the stadium’s big board. Searching for a Jewish Heritage Night giveaway more enticing than the hat and shirt of the past two years, they noticed the bobblehead battalion the team has produced over the past few years and thought, “why not?”

Why not indeed, thought Langer. He came in for a photo shoot — front, back and sides — and, voila! His littlest (and quietest) progeny was created.

“I’m really very happy about this. I think this will put a smile on people’s faces. And the Lubavitcher rebbe always taught us that we can use all the different aspects of the world that are parve — neutral — to touch other people,” he says.

Langer adds that it’s a longstanding Jewish tradition when commencing a serious discourse to start with “a witticism, a lighthearted word” — yes, opening your speech with a joke goes back to the Talmud.

So, he sees the persona of “Rally Rabbi” as a fun way to “send the message home.” That message, by the way, is spelled out in the “Rally Rabbi Mission Statement” he penned shortly after assuming the title last year:

From the dugout on to the field and up in stands with the fans, rally with the Rally Rabbi to increase in acts of goodness and kindness with teamwork for victory and world peace.

Langer hardly expects to achieve world peace by the seventh-inning stretch, but in the short term, he’s satisfied to make people happy. Or, you know, help the Giants win (for a change).

Bobbleheads may be as popular now as Beanie Babies were in the 1990s. One difference though: Even a respected banker or judge can sport an entire All-Star roster of bobbleheads on his or her desk at work and draw nary a glance. Multiple Beanie Babies? That would be horrifying.

And yet Craig Solomon’s dream of creating perhaps the world’s only shofar-blowing bobblehead almost didn’t come to be.

When he carried a prototype through Israel in the Gardens, in June, crowds gravitated to him as if he was giving away ice cream and pug puppies. But a few onlookers worried that the bobblehead would reinforce stereotypes — it is, after all, a bearded, black-hatted Jew.

Solomon — who grew up in an Orthodox Brooklyn household and currently attends services at Congregation Emanu-El and the occasional sermon at Beth Sholom — made his case with the Giants’ upper management. He won.

“Some people thought it was a stereotype. But hey, that’s what he looks like!” he says.

Langer says he understands why some people might be confused or uneasy about the bobblehead, but notes that black coat and hat he (and the nodder) wear “is not a costume. Hundreds and thousands of Jews wear this [type of] dress every day. Whenever you look like this in Never-Never Land over here in San Francisco, [misperception] comes with the turf, [but] we’re part of the Jewish mix.”

For the most part, however, the little bobblehead seems to be big on popularity. Solomon said ticket sales are up more than 40 percent over last year’s sales, quite a feat during a rough Giants year. He hopes to sell 3,000 special-event tickets.

The nodder is hardly the only attraction at the Wednesday night Nationals-Giants game:

• Chabad of the East Bay’s Rabbi Yehuda Ferris and the Ferris Wheels will provide live music.

• Langer will lead Ma’ariv (evening prayer) at AT&T’s most suitable spot at sundown.

sportswriter for 34 years, will, coincidentally, be the game’s official scorer.

Langer is toying with the idea of trademarking the phrase “Rally Rabbi,” but he probably won’t. He’d like to see other rabbis around the nation doing sports outreach like he has at the Giants and Golden State Warriors games (interesting coincidence: When the Warriors toppled Dallas last year at Jewish Heritage Night it prevented the Mavericks from winning their 18th consecutive game. Hmmmm).

“If you’ve got a winning team, it makes people happy. It can make the whole community happy. We’re trying to accomplish that in the world,” Langer says. “When you’re in good spirits you can embrace life that much easier.”

Tickets to the designated Jewish Heritage Night section in the left field View Reserve seats cost $20 —just as those seats regularly do. For more information visit sfgiants.com or call Craig Solomon at (415) 972-2239. 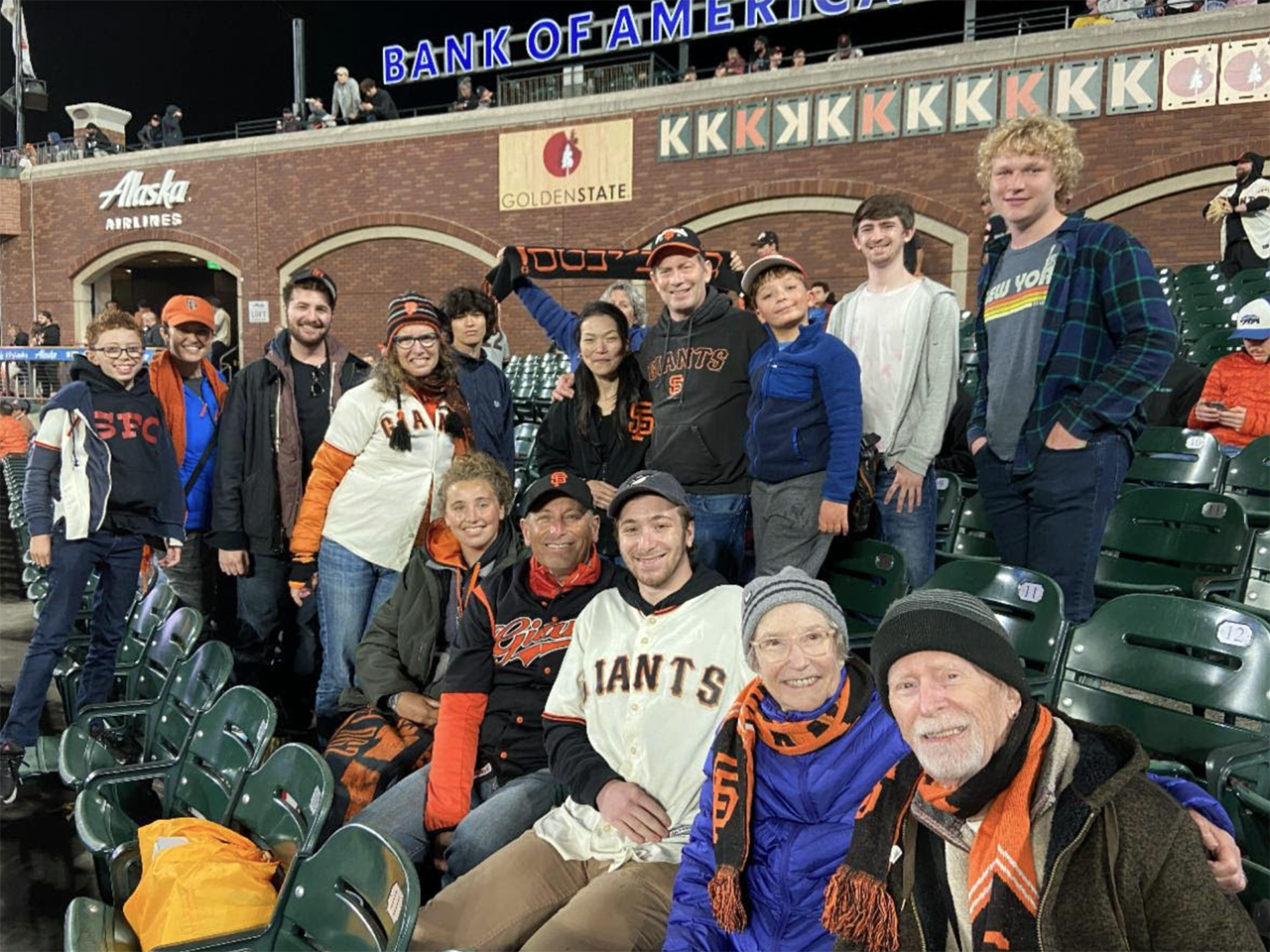 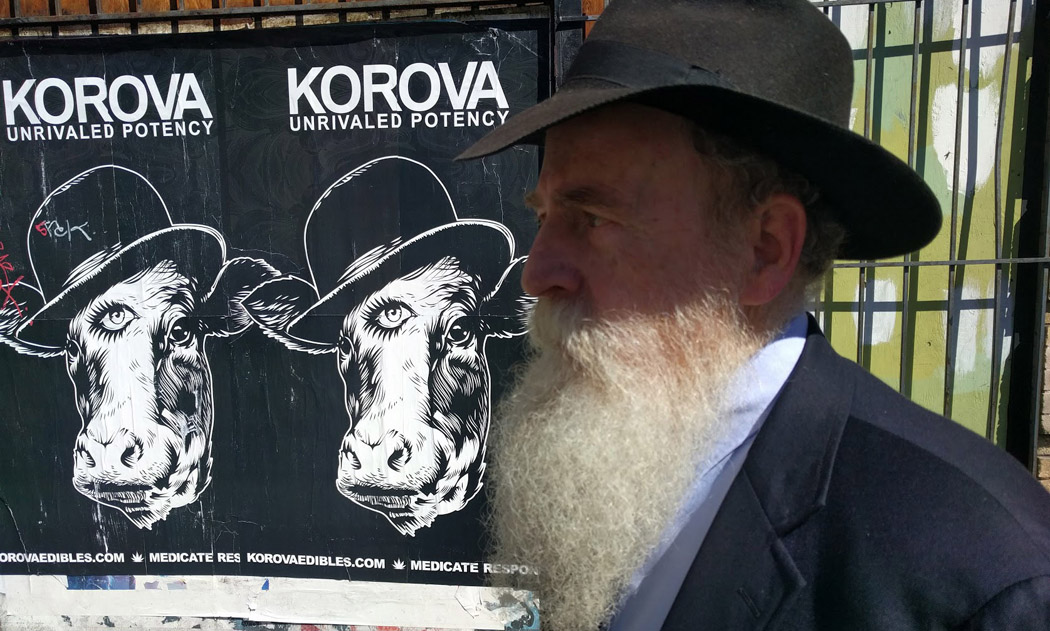