What Roth hath wrought: Will Elegy finally give Philip Roths work its due onscreen

“Elegy,” which opens Friday, Aug. 8, in San Francisco and stars Ben Kingsley as David Kepesh and Penelope Cruz as the object of his desire, is the latest film to be adapted from the writings of Philip Roth. This one is based on his novella “The Dying Animal.”

Despite Roth’s long, successful career in American letters, his track record on film has been far spottier. Yet “Elegy,” directed by Spanish filmmaker Isabel Coixet, has created a certain buzz: Could it be that a woman, and a European at that — albeit working in English — is what it takes to successfully translate Roth’s work to film?

Let me get back to you on that. First, to set “Elegy” in context, I decided to watch every film adapted from Roth’s work. This turned out to be eight works on film and TV, stretching back to the 1950s.

Some had never been released on video, some were available at the local video store, and some had to be tracked down in specialty shops or in university or museum archives.

In 1960, B-movie legend Roger Corman produced “The Battle of Blood Island,” which was adapted from a 1958 Roth short story, “Expect the Vandals,” that ran in Esquire. Shot in black and white and only 64 minutes long, “Blood Island” is available on DVD from Netflix.

“Blood Island” is set on an island in the South Pacific, where two American soldiers, Moe and Ken, are the only survivors of an attack on Japanese forces and are forced to hide out and get along. Moe is a 35-year-old Jewish accountant, with a wife and kids back home, who sprinkles his conversation with Yiddish expressions. Ken, who was injured in the attack and whom Moe must take care of (but resents doing so) is a younger, more naïve, all-American kid.

Moe is not very likeable, but we understand his predicament. At one point, Ken, pushed to the end of his rope, makes an anti-Semitic jab at Moe. We know Ken didn’t really mean it, but Moe feels Ken’s comment justifies his cynical worldview.

In the end, the two are rescued — just before the island is to be used as a nuclear test site. The film is more of a character study than anything else, and our feelings about Moe are left unresolved. Nonetheless, Moe represents an early proto-Roth protagonist, one who has not yet moved beyond ethnic identity, but remains plenty angry.

Roth’s next adaptation to film appeared in October 1960, when “The Contest for Aaron Gold,” originally published in 1955 as a short story in Epoch magazine, appeared as an episode of the television series “Alfred Hitchcock Presents.”

It is noteworthy because its lead is played by the recently deceased Sydney Pollack, who turns in a credible performance as a sculptor who has taken a job as the ceramics instructor at a summer camp. In the film, all the characters have Jewish last names, but there is no mention of the place being a Jewish summer camp, or of the campers or the counselors being Jewish.

There is some tension here between the lead character trying to stand up for his artistic beliefs and the pressures of the man running the place — some of the issues around money and career that later arise in “Goodbye, Columbus.” “The Contest” ends with a twist suitable for Hitchcock (though this episode was directed by Norman Lloyd). As a 30-minute episodic TV drama, albeit a slightly obvious and gimmicky one, it was satisfying and enjoyable.

Almost a decade passed before the next Roth work turned up on the screen. By the time it did, Roth had become celebrated, and somewhat notorious, for both his first collection of short stories, “Goodbye, Columbus,” which came out in 1959, and for his novel “Portnoy’s Complaint,” published in 1968. Both were made into films, each starring Richard Benjamin.

“Goodbye, Columbus” (1969) launched the careers of both Benjamin and Ali McGraw. Watching the film a half century removed from the short story’s original publication was a strange experience. I found myself as ambivalent about Benjamin’s Neil Klugman as he was about the Patimkin family. To me, the Klugmans and the Patimkins each seemed to be playing out their own strategy for rising above their immigrant backgrounds: One sought insulation from the evils of the world in books, the others in business and material goods. I found it hard to be judgmental, because I found them so much more alike than different.

McGraw’s Brenda Patimkin was a far more sympathetic character than I recalled. Klugman, by contrast, never really seemed to care for Brenda beyond his desire for her (a trait common to Roth characters, which would be examined in greater detail in “Portnoy”). In the original reviews, the film was praised for its naturalism and its humor, but from the 21st century perspective, I found it a less-than-satisfying experience.

“Portnoy’s Complaint” was published in 1968 to huge acclaim. The 1972 film, written, produced and directed by Ernest Lehman, was considered a failure. Lehman was the screenwriter of such classics as “North by Northwest,” “West Side Story” and “Who’s Afraid of Virginia Woolf?” — “Portnoy” is the only film he ever directed.

Watching the movie today, I felt, yes, it did fail, but it was better than its reputation. Lehman chose to take what was in essence a comic monologue and set it as both a story of a love affair and of one man’s attempt to heal himself via analysis of that relationship and his prior ones. At the same time, Lehman attempted to show the freedom that the sexual revolution inspired and the consequences of that freedom. Karen Black gives a very strong performance as “The Monkey,” and Benjamin delivers a more nuanced performance than he gave in “Goodbye, Columbus.”

Another 12 years passed before PBS offered up a version of Roth’s “The Ghost Writer” as part of its American Masters series in 1984. As far as I can tell, this is the only production for which Roth is credited with collaborating on the script. That might have something to do with the fact that Claire Bloom, with whom Roth was involved at the time, plays a role in the production.

Mark Linn-Baker, known for his roles as Benjamin Stone in “My Favorite Year” and Larry on the sitcom “Perfect Strangers,” plays the young Nathan Zuckerman, a writer at the start of his career visiting Lonoff, a famous older writer. The visit to Lonoff’s country home comes at the same time that Lonoff’s wife (Bloom) leaves, and a much younger woman, his former student, urges Lonoff to run off with her. Zuckerman, whose parents and rabbi have rebuked him for the way he portrays Jews in his work, imagines the young woman to be Anne Frank, an Anne who survived the war.

Although tension-filled, “The Ghost Writer” unfolds at a somewhat leisurely pace, making the film perhaps not the most exciting adaptation of Roth’s work, though certainly one of the most successful, conveying a measure of his writing’s literary texture.

Twenty years passed after the PBS version of “The Ghost Writer” before another Roth novel made it to the screen. In the interim, Roth experienced a second wind as an unparalleled American novelist, during which he won almost every major prize and award available to him, including the National Book Critics Award, the Pulitzer Prize and the Pen/Faulkner Award for Fiction, among many others. If he were an athlete, you would have him checked for steroids. In this new era, almost everything he wrote was optioned, including “The Human Stain.”

The 2003 film adaptation of “The Human Stain,” which stars Anthony Hopkins and Nicole Kidman, is probably the least successful adaptation of Roth’s work. I will disclose here that I once tried to option “The Human Stain” myself, but was outbid. My thought was to treat it as a murder mystery in which the detective uncovers a secret he had not bargained for, and the hoped-for casting was Paul Newman and Ellen Barkin.

So perhaps I am biased, but I believe that “The Human Stain” is a miss — whether you blame it on the casting or for being too faithful to the novel’s exposition, the story just doesn’t work onscreen. The most poignant moments of the novel do not resonate.

Still, when watching “The Human Stain,” I was struck by how Roth weaved elements of the personal dramas of New York Times literary critic Anatole Broyard, who, like Roth’s hero, reached great heights while leaving his African American heritage behind, and painter R.B. Kitaj, who blamed his wife’s death on those who attacked him — all the while setting this against the backdrop of the Monica Lewinsky affair and the Clinton impeachment investigation.

Which brings us to “Elegy.” David Kepesh, played by Kingsley, is a teacher, a public intellectual. The movie opens with his appearance on “Charlie Rose,” and he is set up as a man beyond romantic love, an intellectual’s Hef, who finds his romance in promiscuity.

He is therefore caught off-guard when he falls in love with one of his students, Consuela, a woman 30 years his junior. And when he does, he becomes so obsessively convinced that he will lose her, sooner or later, that he sabotages the relationship.

Cruz is shot so lovingly in this film, it is hard to believe that there is anyone she would not entrance. Her work in the films of Pedro Almodóvar have demonstrated her incredible range and talents as an actress, but Coixet provides Cruz her greatest acting opportunity thus far in an English-language film.

Coixet also manages to soften the hard edge of Kepesh’s narcissism, the same edge that one feels in other films made from Roth’s work, such as “Portnoy.” Here we understand how a man of a certain position, of a certain age, manages his private life with both a woman with whom he has had a long affair (played by Patricia Clarkson) and a younger woman.

I will not reveal the twist in the plot, and the denouement of the relationship, but intellectually it is powerful. Unfortunately, it is not as powerful onscreen.

In the end, “Elegy” likely will not stand as the best adaptation of Roth’s work. Roth’s work continues to appeal because of the restless desire of his protagonists and the way he sets their stories against the backdrops of a given time and a given moment in his protagonist’s life, as well as the way his character’s sex drive acts as his life force. Roth continues to ask: If none of us get out alive, how do we go forward? And when we do, what do we make of this life and our loves?

As I write this, several of Roth’s other works remain under option, including “American Pastoral,” as well as his forthcoming novel, “Indignation,” to be published in September. Perhaps one of them will transcend their provenance and be remembered as a great film. But for that, we must still wait — and watch.

“Elegy” opens Friday, Aug. 8, at Landmark’s Embarcadero Center Cinema in San Francisco, and Aug. 22 at cinemas throughout the Bay Area.

Tom Teicholz is a film producer and writer in Los Angeles. 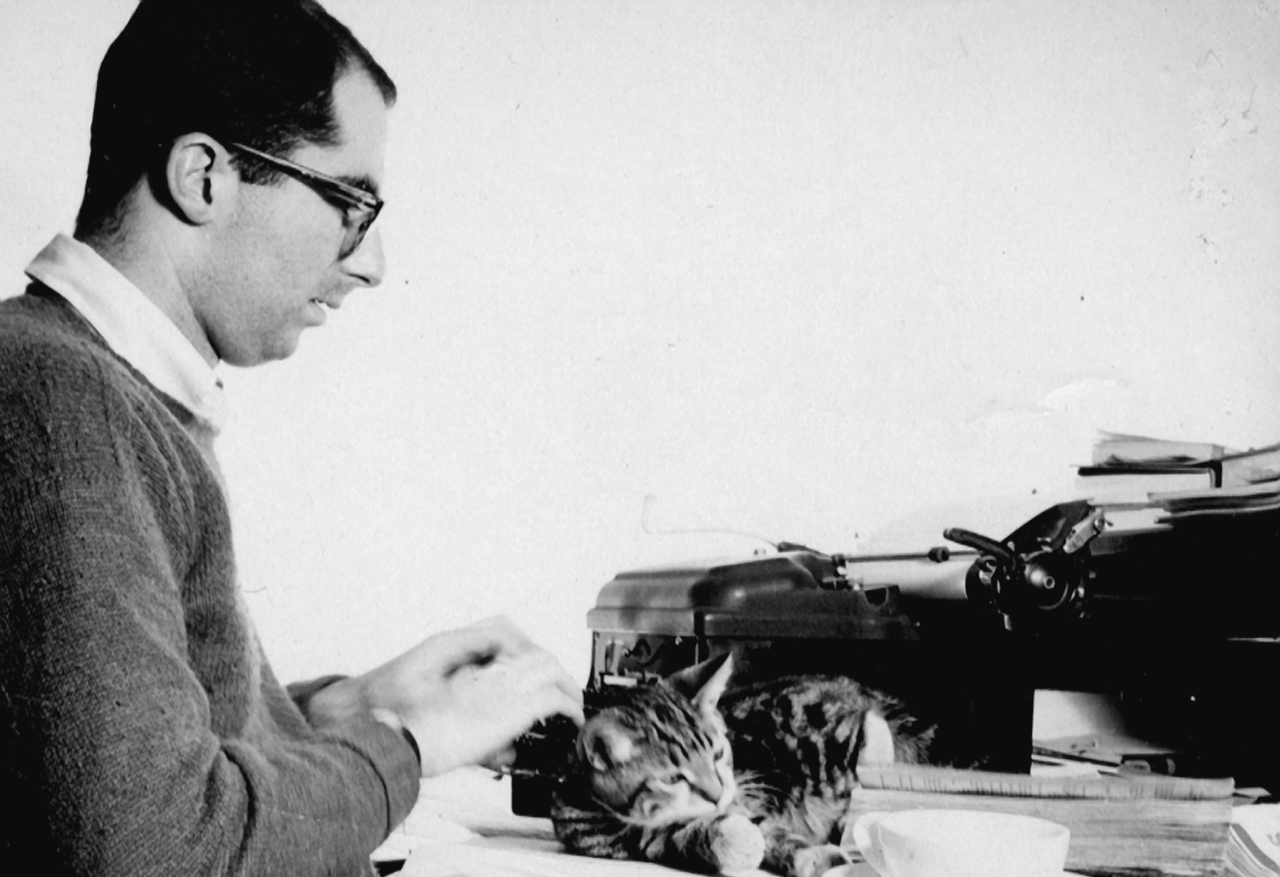