“Loving Leah” is not exactly the stuff TV movies usually are made of.

For starters, it’s about Chassids.

In the film, which airs Sunday, Jan. 25, on CBS, Leah Lever (Lauren Ambrose) is left a childless widow in a Chassidic community. Her late husband Ben’s estranged and extremely secular family — brother Jake (Adam Kaufman) and mother Janice (Mercedes Ruehl) — are clearly fish out of water when they attend his funeral in Brooklyn. Their discomfort in the ultra-Orthodox setting is palpable.

Matters become worse when Jake is informed of an ancient Levirate law that requires him to marry the childless widow of his brother. Initially, Jake and Leah decide to participate in a halizah ceremony, which relieves Jake of the obligation. Leah has to remove a special community shoe Jake had to put on, spit on the ground and recite a special passage.

But guilt about his failed relationship with Ben (his brother appeared to Jake in a vision around the time Ben died) causes Jake to change his mind mid-ceremony. He and Leah agree to a platonic marriage arrangement. Wanting to escape the strict confines of her community, she moves into the second bedroom of his Washington, D.C., apartment. He continues his life as a successful surgeon, dating a woman who keeps talking about a church wedding. But, eventually, well you can fill in the dots.

Is this the stuff ratings successes are made of? Even P’nenah Goldstein, who wrote the screenplay based on her own play, was a little surprised. “I was kind of flabbergasted,” she said when she heard the Hallmark Hall of Fame people were interested in her project. “I knew it could be made as a feature [theatrical] film, but for television?”

“Loving Leah” actually began as a play that was successfully produced briefly by a Jewish theater company. Because it had a large cast (11 characters) its prospects as a play were limited economically — though not ethnically. The proof: It was almost immediately optioned for film.

“I saw it in a way like ‘Moonstruck’ or ‘Crossing Delancey,’ ” Goldstein says. “I didn’t see it as a Jewish story. It’s a love story, and for a love story you have to have a great hook that brings them together. And the hook in this case was that ancient Jewish law.”

She wrote a screenplay and was close to going into production when the studio underwent a regime change. The new powers placed her project in turn-around, the Hollywood equivalent of Siberia.

And there it lay until Ricki Lake — yes, that Ricki Lake — saw a copy of the script and brought it the Hallmark people, who loved it. So Goldstein took a meeting (Hollywood-speak for “give us your best pitch”).

“As soon as I walked in there it seemed like an obvious fit. The executives there loved it. They were a joy.”

And while she had to make some changes for television — some sex scenes from the feature film version were taken out, some clothing was added in — the religious aspects remained the same. “In fact, [the Hallmark people] were very respectful of the Jewish stuff,” Goldstein says.

It probably helped that the cast of the film has quite a Jewish pedigree: Ambrose, who played Claire Fisher in HBO’s “Six Feet Under,” isn’t Jewish, but Kaufman is, as are  Ricki Lake, who plays a Reform rabbi, Natasha Lyonne and Susie Essman, who play Leah’s sister and mother, and Harris Yulin, who plays a Chassidic rabbi.

The film’s origins go back to Goldstein’s childhood in St. Louis. Goldstein — who doesn’t discuss her age — was 10 or 11 years old when a relative died. It was, she said, the first time that happened when she was old enough to understand what death meant. But that isn’t why the event  stayed with her so vividly years later.

What stuck in her mind was a comment a family member made during shiva: “Thank God she had children or I would have had to marry her.” When she asked her father what that was about, he explained the Levirate law, but assured her that it wasn’t practiced anymore.

Jump ahead several years: Goldstein graduated from the NYU drama department and worked both in front of and behind the lights in theater, and as a producer in films.

One day, she was looking for a story when “I just remembered that [comment]. I told myself there was a story here.”

It was first done as a play with a staged reading in California. Through a friend of Goldstein’s brother, she arranged a month-long production at the New Jewish Theater in St. Louis, and the play was optioned almost immediately after that.

Throughout the process, Goldstein maintains she never sensed hesitancy among the Jews she worked with about moving forward with a project that might hold an ancient tradition up for ridicule.

“I never got that feeling,” she says. “We didn’t get it because we were very specific about her beliefs. She didn’t apologize for her religion. If you stand up and say this is what I believe, people respect you for that. Leah knew exactly where she stood.” 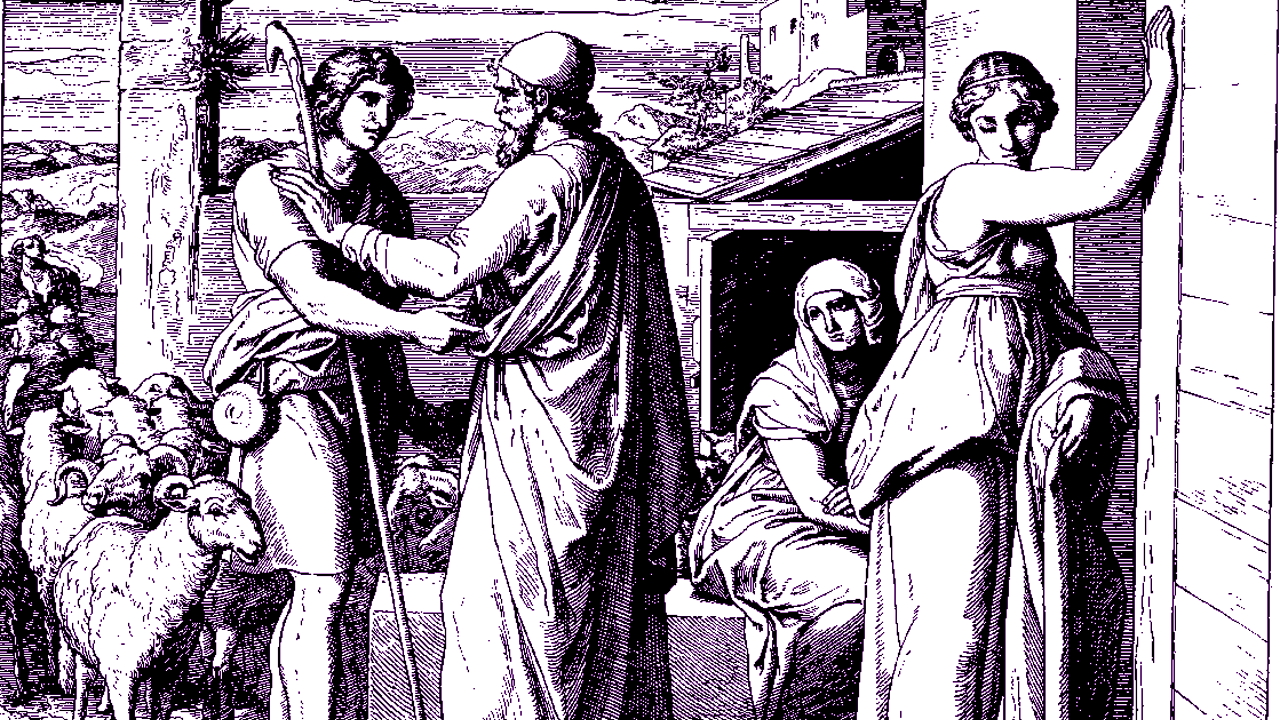