We already knew, thanks to the Internet, that Hitler was a Dallas Cowboys fan and that he lost his Xbox account. Now it turns out he hates the parking situation in Tel Aviv, and is infuriated about a 250-shekel ticket.

This is YouTube Hitler, the star of countless viral video parodies and the centerpiece of a renewed debate about the Holocaust, humor and good taste.

The parodies feature a snippet from a German miniseries about the Third Reich called “Downfall.” During the four-minute clip, a defeated Hitler, as portrayed by actor Bruno Ganz, rants and raves before an audience of frightened henchmen. Parodists supply their own subtitles, and the results are a Web sensation.

The videos were back in the news after someone posted a version titled “Hitler is looking for a parking spot.” After his aides explain how they were ticketed by Tel Aviv police, “Hitler” aims his fury at the city’s mayor, Ron Huldai, and its elected officials.

“All of this money goes to this corrupt city council!” Hitler screams. “These inspectors, they are all one big mafia! They are worse than the SS!”

OK, maybe you had to be there. Or maybe not. Holocaust survivors asked YouTube to remove the video, and it can no longer be viewed due to a copyright claim. Before that happened, the Hebrew version was viewed some 49,000 times; the English version 110,000.

For some, the Holocaust and the Nazi era are levity-free zones. “Hogan’s Heroes,” “The Producers” and the “Soup Nazi” episode of “Seinfeld” each managed to offend by daring (stooping?) to reduce Nazism to a punch line.

Last May, syndicated columnist Susan Estrich stated the case against Holocaust humor in writing about the YouTube videos. “Hitler is not funny. Killing 6 million Jews is no joke,” she wrote. “Sixty years, almost to the day, from the founding of Israel out of the ashes of the Holocaust, can it be that putting words to the rant of the most evil man of our time is the key to Internet fame, if not fortune?”

It’s hard to argue with Estrich if the very sight of Hitler causes pain or anguish. But others have tried to make a case for such humor if its goal or effect is to deflate the Nazis or ridicule Hitler. Call it the Mel Brooks defense. When he invokes the Nazis, says Brooks, the joke is on Hitler.

I can think of other ways of “getting even” (hunting down his collaborators, making Jewish babies and preventing future genocides spring to mind), but Brooks’ point is well taken.

The same philosophy is behind Purim — the one Jewish holiday in which historical calamities and near-misses are treated not with reverence and dread, but with something like satire. Haman was no less a villain than Pharoah or the Roman legions. Yet, unlike Passover or Tisha B’Av, Purim has a carnival tone. It’s as if the Sages were saying, “There are many responses to tragedy. Often we cry, but sometimes we need to laugh. Both help us remember and heal.”

But the YouTube videos are not parodies of Hitler, per se. Rather, they are a parody of whatever fixation is being expressed in the subtitles. When Hitler rages against the Cowboys for having dropped a playoff game against the Giants in 2007, the joke is on the obsessive fan whose inner monsters are unleashed by Tony Romo’s stumbles. (As one fan commented on the Cowboys video: “This is AWESOME! It explains *exactly* what it was like to be a Cowboy fan and lose this season!”)

When Hitler loses it because he can’t get his video game to work, it’s a joke about nerds, not Nazis.

(The joke wouldn’t work nearly so well if Ganz’s performances weren’t so over the top. The videos also work as parody of television dramas.)

I am personally much more offended by “serious” people who invoke the Nazi specter in political discourse, whether by using the odious phrase “Judenrein” to refer to the dismantling of Jewish settlements, or try to close down debate on how to confront Iran by comparing the dreadful Ahmadinejad to Hitler.

Still, when Israelis enlist Hitler in a parody, all bets are off. So long as there are living survivors, and the wounds of the Shoah remain fresh, there are no benign satires on or involving Nazism. I can well understand the pain of a survivor who imagines a young Israeli cavalierly enlisting Hitler in a spoof.

And yet, there is something ironic, wildly subversive, and yes, hilarious, about Hitler sweeping his hand over a map of “Tel Aviv” and complaining only about the lack of parking garages. In Hebrew, yet! If the very idea of an overcrowded Jewish state is not revenge on Hitler, then nothing is.

Andrew Silow-Carroll is editor in chief of the New Jersey Jewish News, where this piece first appeared. 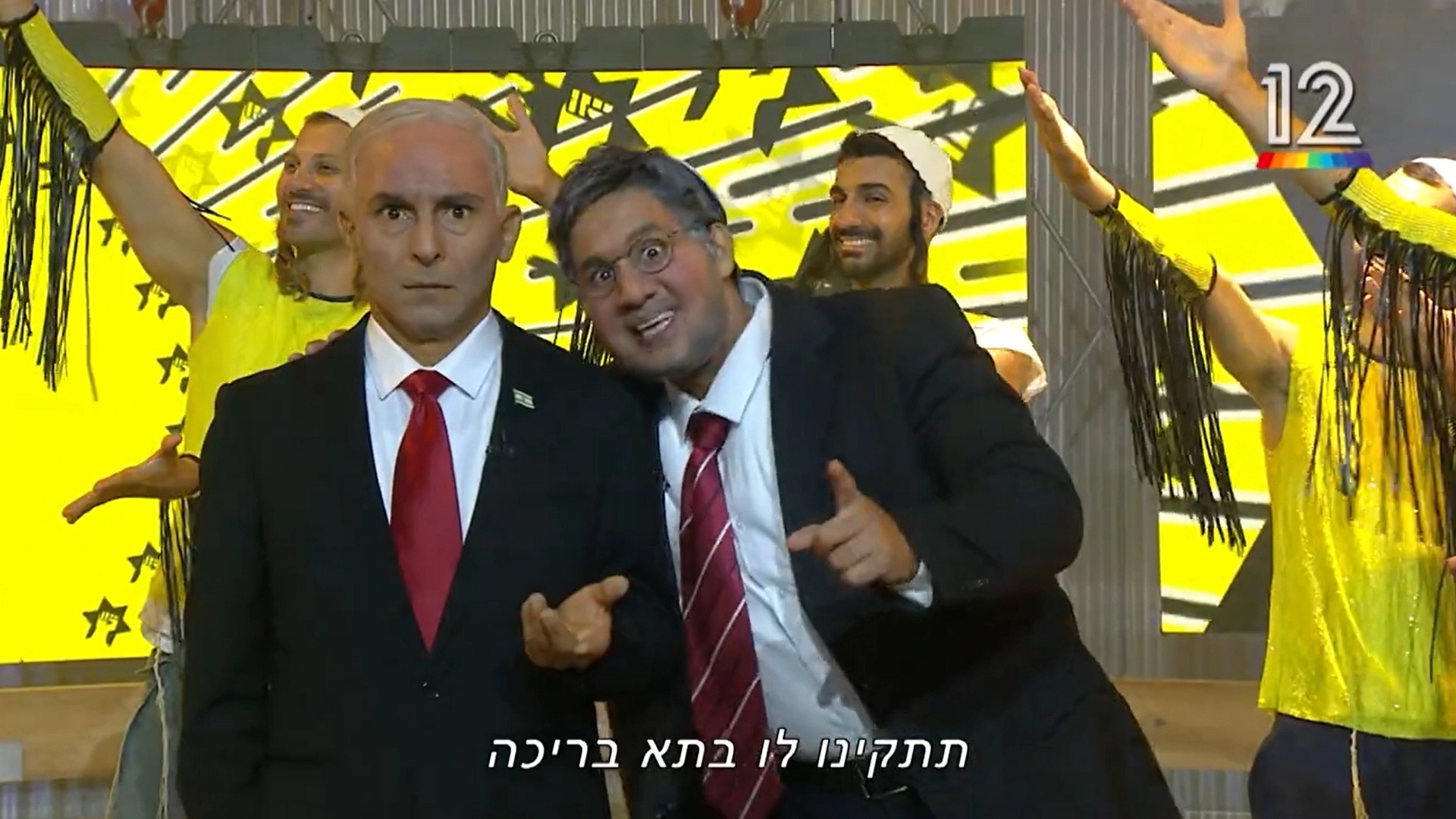