If superstition aint the way, why cant I stop knocking wood

Would it surprise you to know that I’m a very superstitious person? Well, it shouldn’t. In my estimation, between the hamsa necklaces, red bracelets and endless repetitions of “God willing,” Jews are some of the most superstitious people on the planet.

I’m OK with black cats, ladders and even breaking mirrors (I broke one when I was 7, then wrapped up the pieces with a note that I should assess the situation when I turned 14). But I do knock on wood. A lot. It doesn’t even have to be wood — I’ve knocked on particleboard, tile, marble, porcelain and even the plastic-and-cloth-covered interior of my car (hey, bad karma can find you anywhere).

In most of my superstitions, a terrible thing will happen if I don’t do something to prevent it. When my fiancé drops a knife he says, “Ooh, an uncle is coming.” When I drop a knife I throw salt over my shoulder so the ayin harah (evil eye) won’t smite me. (I learned this one sitting at my grandmother’s kitchen table chopping apples for charoset, and have done it ever since.)

I’ve studied up on superstitions for years, including some of my family’s own devising — like my great-great aunt’s insistence that if you drink water while eating fish, the fish will start swimming around inside you.

But there are some Jewish superstitions I’ve never heard of before. Like this one: Jews don’t have baby showers. I learned this the other day while talking to my friend Danna about my impending motherhood.

“Are you having a baby shower?” Danna asked. “A lot of Jews don’t.” She told me that some Israeli stores get around this superstition (that drawing attention to the baby before it’s born will bring bad luck) by allowing people to purchase items for the baby, but not delivering them until after it’s born.

Not having a baby shower is not an option for me. I didn’t have an engagement party, I’m not having a bridal shower — I’m sure as shootin’ not going to give up my one opportunity to have people play stupid games and give me presents. (Have you seen the prices of cribs and strollers these days?)

But now I was nervous. Was I dooming my unborn baby by having a shower? I decided to ask my mother, who’s given birth to two perfectly healthy children.

She may not be, but I certainly am — and it made me wonder what other Jewish superstitions I was unaware of, thus inviting the ayin harah into my life.

For example, did you know that the tradition of covering mirrors in the home of a family sitting shiva isn’t just to prevent vanity during mourning? It’s also to prevent the souls of the living from getting “trapped” in the mirror and taken by the ghost of the deceased.

Also, when you’re wearing an item of clothing that someone (like a tailor) is actively sewing, you should chew on a piece of thread. That’s because burial shrouds are sewn around the dead, and chewing thread is a reminder to the ayin harah that you’re not dead yet.

Or wearing a metal pin while traveling — there are a lot of reasons for this, but my favorite is that metal will ward off evil because the Hebrew word for iron, barzel, is an acronym for the mothers of the Children of Israel — Bilhah, Rachel, Zilpah and Leah.

But as my father would say, dai, maspik (enough)! I can’t start adding more superstitions to my repertoire. Knocking on wood is bad enough, especially considering it’s either Christian (wood as in the cross) or pagan (tree-worshipping ancient cultures) in origin.

Let’s get real, though. By having a baby shower, I’m probably not doing anything bad to my offspring. I know plenty of Jews who’ve had them, and all gave birth to healthy babies.

But to be safe, maybe I’ll hang a hamsa over the baby’s crib. And a red string. And a metal pin. And I’ll definitely be knocking on wood at least once or twice … a day.

Real wood, too. Just in case. 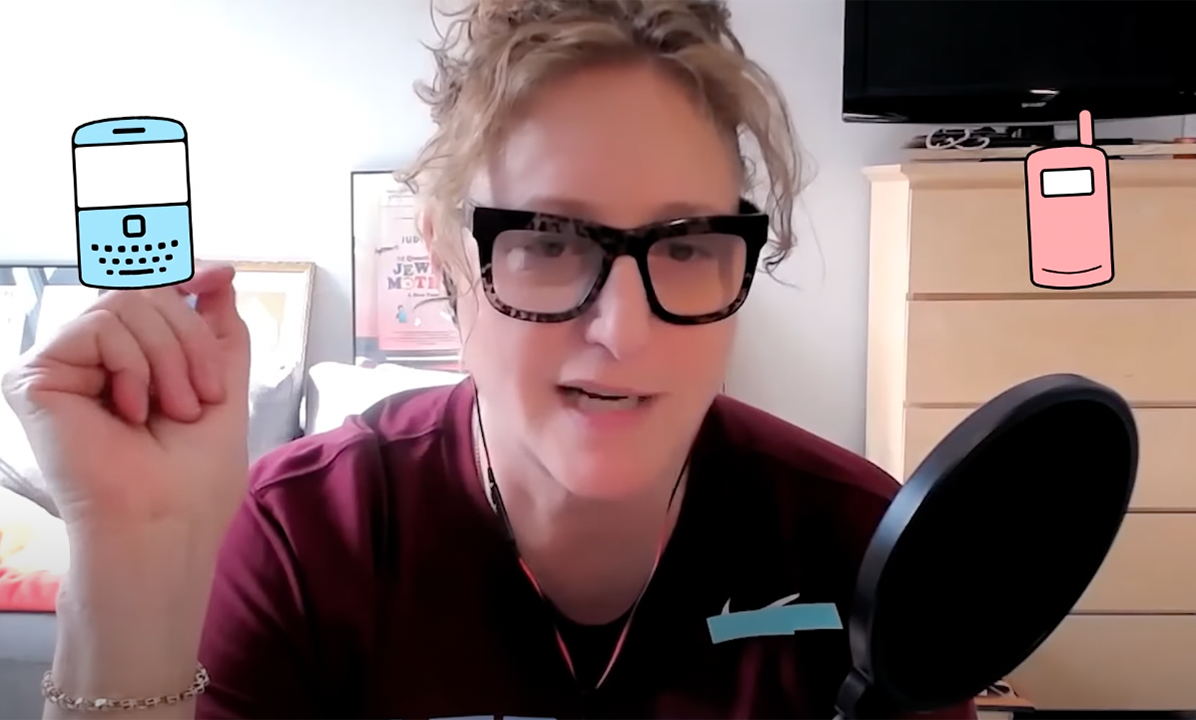