To Bubbe or not to Bubbe that is the question

I gave my parents quite a shock one morning last August when I called them up to tell them that I was pregnant with their first grandchild. All of a sudden they had a deadline: In seven months, they were going to be grandparents. And that meant they needed grandparent names.

My husband’s parents definitely had it easy. In their culture, grandparents are almost always Ouma and Oupa (grandmother and grandfather in Afrikaans). And since they already have three grandchildren, they’ve been used to those names for a while.

For my parents, though, it’s not so simple. Jewish grandparents have a wide range of names they can choose from, each of which comes with its own history — and its own baggage.

There’s Bubbe and Zayde (Yiddish). Saba and Savta (Hebrew). And when you throw English into the mix, there are seemingly infinite possibilities. In my own family there was Bubbie and Zayde on one side, Grandma and Papa on the other.

Which one to choose? While Bubbe and Zayde are the most traditional names for Ashkenazi Jews, these days they tend to evoke a sort of old-world, Eastern European vibe (especially Bubbe). And I like Saba and Savta a lot, but do they work for American grandparents? It wouldn’t make sense for my parents to be called Abuelo and Abuela, so why should they have Hebrew — and, more precisely, Israeli — names if they’re not Israeli?

My dad didn’t have a problem picking his new moniker: Zayde. His Polish-born father was my Zayde, but he never got to hear the name — he died when my dad was 6. For my father, I suspect the name represents an opportunity both to carry on a family tradition (my dad’s grandfather was also Zayde) and to give a new generation the chance to use a name my brother and I never did.

My mother, on the other hand, wasn’t similarly inclined.

“And I don’t really like Savta,” she added. “I think Ima [mom in Hebrew] is nice because it sounds like Mom, which we’re used to, but [Savta] sounds like it might be hard for a child to say.”

Both of my mother’s grandmothers were called Grandma, even though their first language was Yiddish. I’ve always wondered about this, so while we were on the topic, I asked her why — surely they had called their own grandmothers Bubbe, and it is the most screamingly obvious “Jewish grandmother” term.

“I have no idea,” my mother admitted. “But it may have been the thought that we’re in America, this is what Americans call their grandparents.”

It was time for her final answer — what did my mom want to be called? I know she had considered several names, with Nini being my personal favorite. So I was surprised — though not unpleasantly — to hear her answer.

“I think Grammy,” she said. “I like the way it sounds with Zayde, and it reminds me of what you called your grandmother and what I called my grandmothers. And it differentiates me from my mother, who is still alive.”

But, she added, “I know that young children tend to turn names into something they can say, so in the end it may not be my choice, it may be the baby’s choice.”

I can definitely live with Grammy — to me it evokes a nice twinge of the American South, not to mention the obvious parental lie we can feed our kid about the music award being named after his grandmother.

So, I said to my mother, Grammy it is. But did she have any regrets, any at all, about not being a bubbe?

“I’m a Jewish mother and I’m going to be a Jewish grandmother. What’s in a name?”

Rachel Leibold is a copy editor at j. She can be reached at [email protected] 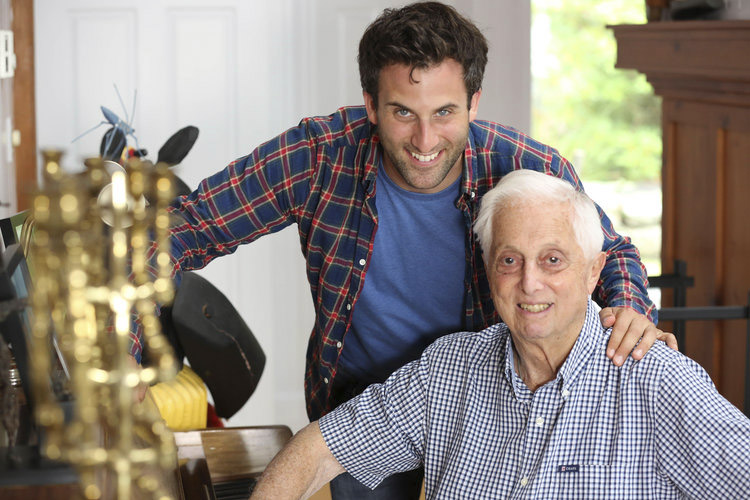