Andy Warhol: Good for this Jew

Standing on stage, his back to the audience while contemplating Andy Warhol’s 10 silk-screen prints of famous 20th-century Jews, Josh Kornbluth says, “I don’t get it.”

Those are the first words Kornbluth utters in his one-man comic play “Andy Warhol: Good for the Jews?” And thus begins a 90-minute quest to comprehend the acclaimed artist’s identity.

Along the way, Kornbluth discovers his own.

Following a successful debut run in Washington, D.C., “Andy Warhol: Good for the Jews?” made its West Coast premiere as a play last week and is running through May 16 at the Jewish Theatre San Francisco.

Like the grid of Warhol canvases projected on the stage’s back wall, Kornbluth’s monologue is a matrix: Warhol’s life and work; Kornbluth’s life and work; and how each of the Jews painted by Warhol in 1980 –– including George Gershwin, Louis Brandeis, Franz Kafka, the Marx Brothers and Sigmund Freud –– affected the playwright.

Josh Kornbluth performs in front of images of Andy Warhol in his new one-man play “Andy Warhol: Good for the Jews?”

It’s a lot to juggle, but in the hands of the searingly funny Kornbluth, “Andy Warhol: Good for the Jews?” is a triumph of theatrical theme-weaving.

The piece originated more than a year ago when San Francisco’s Contemporary Jewish Museum mounted an exhibition of the Warhol portraits. The museum also commissioned Kornbluth, who lives in Berkeley, to create a companion performance monologue. That went so well, Kornbluth and director David Dower expanded it into a full-fledged theater production.

In a way, “Andy Warhol: Good for the Jews?” is a play about the making of the play.

Early on, Kornbluth recounts how he was asked to create the Warhol monologue. Unsure if it were his kind of assignment, he reminded himself that if commercial-minded Warhol could create art strictly “for the money,” then perhaps so could he.

Kornbluth recalls his first viewing of the colorful and elegantly designed portraits. Instead of the love connection he sought, the works pushed him away, he says, like a “Star Trek force field.”

At first it may not seem that the sickly, devoutly Catholic and unearthly strange Warhol –– he of Campbell’s Soup can fame –– would have much in common with Kornbluth, the New York–born son of a Jewish Marxist.

Tale by tale, observation by observation, quip by quip, Kornbluth finds those connections.

he liked their faces. Kornbluth, however, uses each of the portrait subjects as a springboard for meditations on his unique journey from a Catholic school–educated atheist to the neophyte synagogue attendee he is today.

He recounts how when once asked whether he is a Jew, Kornbluth replied: “That’s a very nuanced question.”

Kornbluth describes several key plot points in forming his Jewish self-identity, most of them family dramas. Each tale is triggered by one of Warhol’s Jews.

Martin Buber’s portrait inspires a discourse on the philosopher’s famous I-Thou relationship, and how Kornbluth sought a path to such exalted connections.

In one flash of insight, Kornbluth notices the melody for the Torah blessing sounds a lot like George Gershwin’s tune “It Ain’t Necessarily So,” the unofficial national anthem of skeptics and agnostics (hum them both; you’ll see).

It all leads to a newly forged Jewish identity, one that ever so gingerly allows for the possibility that maybe –– just maybe –– there’s something out there beyond the dialectical materialism of a dying capitalist system.

Though best known for comic monologues, Kornbluth is a remarkably good actor. He’s funny, of course, but he can evoke unexpected emotion in revisiting the past, especially when talking about the father he so revered.

Dower’s deft direction, which places his actor on a bare stage with only the paintings (and occasional photo of Warhol) as backdrop, helps a lot. The spectacle comes not in the artwork but in the storytelling, and in this respect Kornbluth is a modern-day Rembrandt.

Part of the fun for Bay Area audiences is the local aspect of the play. Rabbi Menachem Creditor of Berkeley’s Congregation Netivot Shalom pops up as a central figure in coaxing Kornbluth into exploring Judaism. That and other local references layer Kornbluth’s monologue with an extra stratum of intimacy.

Ultimately, this is a little play about big ideas. It spans the realms of art, identity, Judaism and culture writ large. Only someone with Kornbluth’s comic dimensions and spiritual archaeology could pull it off without coloring outside the lines.

And whatever he may say in the play’s opening minutes, no way does Kornbluth do this just for the money. 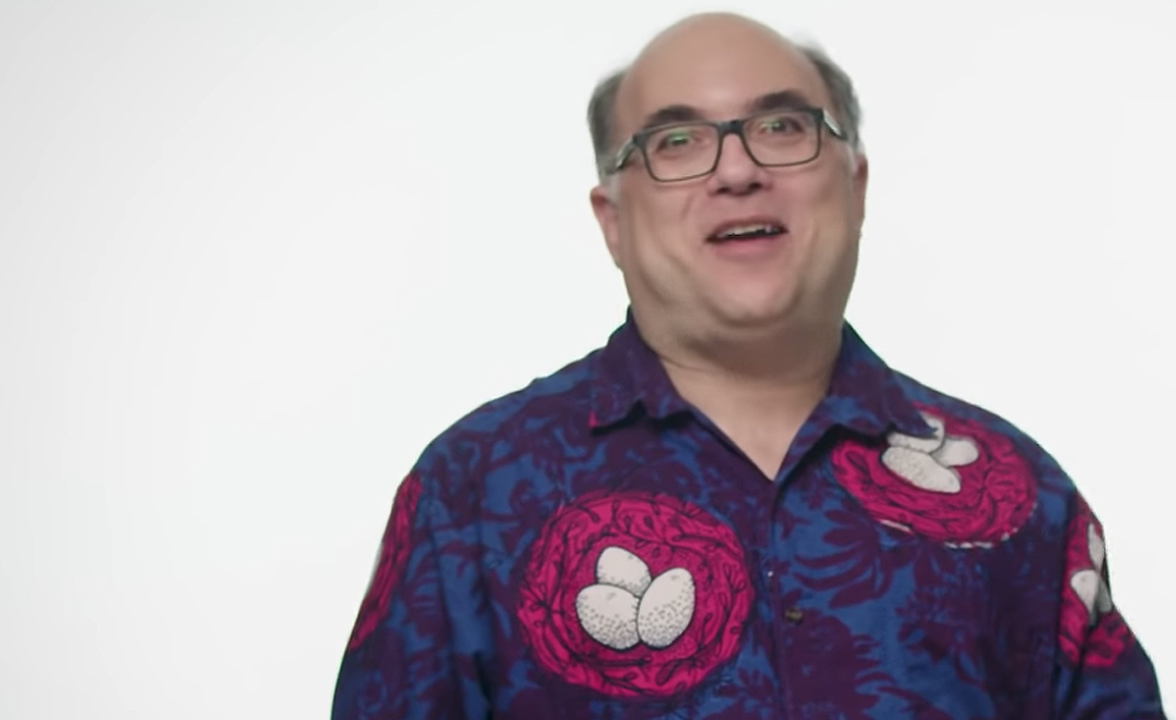 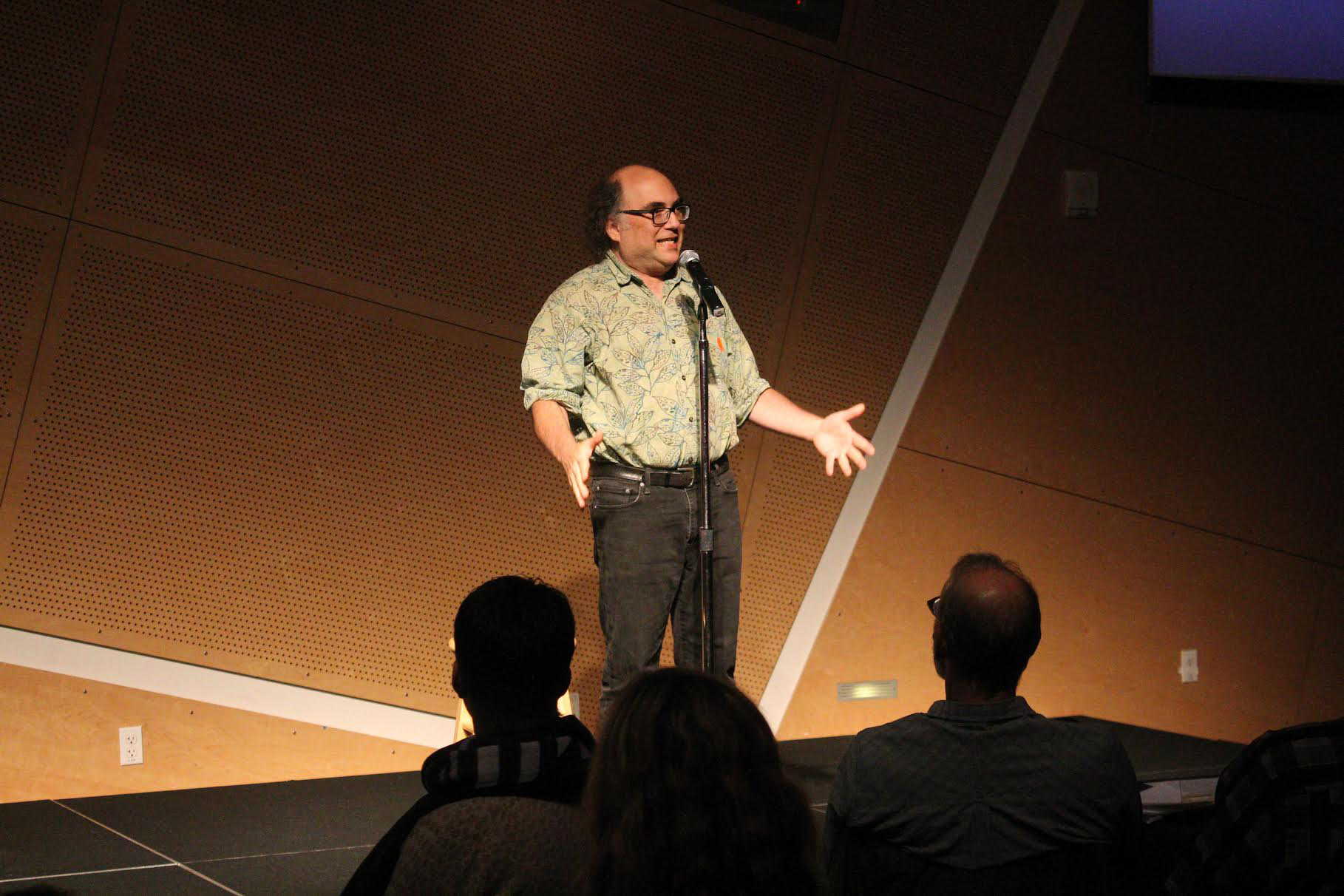