On the lower level of a jewelry store across the street from Union Square — smack dab on the corner of one of the city’s busiest intersections — hundreds of Israeli paintings, prints and sculptures are on display.

It’s an unusual and unlikely setting for an art gallery, but it works just fine for Michelle Schwartz, a collector and lover of Israeli art.

“I want to represent the breadth of high-quality Israeli art,” said Schwartz, who has been collecting the art since 1995 and values her collection at $500,000. The pieces on sale at the gallery range from $30 (for prints) to $6,000. “Most of these artists are underrepresented in this country … and you’d never find them in a souvenir shop in Israel.”

Though many of the paintings and sculptures are inspired by Judaism and spirituality, many others have no indication that they were painted by artists living in the Jewish state.

“Who wouldn’t love this?” Schwartz said, pointing to two bright landscape paintings. Israeli artwork, she added, “is for everyone.”

Gallery Squared celebrated its official opening May 9, the result of an unexpected conversation between Schwartz and Dan Wiskind, owner of Simayof Jewelers, where Schwartz is a longtime customer.

Wiskind knew that Schwartz had more than 500 pieces of art in a warehouse in Berkeley. So last December, while Schwartz was browsing at the store, he asked her if she wanted to bring some of them out of storage and hang them in his store. He offered her a storefront window at street level and let her use all of the wall space in Simayof’s 800-square-foot subterranean showroom.

“It was like the universe telling me that it was time to take my art back out,” said Schwartz, who used to have her collection at a gallery in the East Bay.

In March, she began planning how to use the showroom as a gallery space. She also built a website (www.gallerysquared.me) and planned the grand opening, which she hopes was just the first of many events — such as artist talks — in the space.

Schwartz previously worked as a nurse, and her husband, Lawrence White, as a physician. But the pair wanted a career change. So they took a detour from medicine and instead started to collect and sell Israeli art.

Their first acquisition trip was Schwartz’s first time in the Holy Land.

“I knew nothing of the art business,” Schwartz recalled. Fifteen years later, “it’s become a big part of my life.”

Schwartz was the co-owner of the short-lived MiLa Fine Arts, an Israeli art gallery on Solano Avenue in Albany. She and White opened the gallery in the summer of 1997. One year later, it closed.

“We thought it would be a destination gallery, but we found there wasn’t as much of a market for Israeli art as we thought,” Schwartz said. “In our fairly assimilated community, Israel didn’t resonate with as many people as we hoped.”

By then, Schwartz had acquired hundreds of pieces of Israeli art. Everything went into storage in a warehouse in Berkeley.

She continued to organize small shows at venues such as the Osher Marin JCC, and also sold by appointment. Most buyers found her by word of mouth.

“She had so much to look at and things we otherwise would never have seen,” said Adam Mizock, who met Schwartz at Tehiyah Day School in El Cerrito, where both send their children.

He’s excited that the Bay Area will once again have an art gallery focused on the Israeli art scene.

“I think it’s a great opportunity for people to see the art … and in a way it could become a little bit of a salon and could create a little more momentum around Israeli art,” Mizock said. “Which is great, because when you see it and talk about it, you get excited about it.” 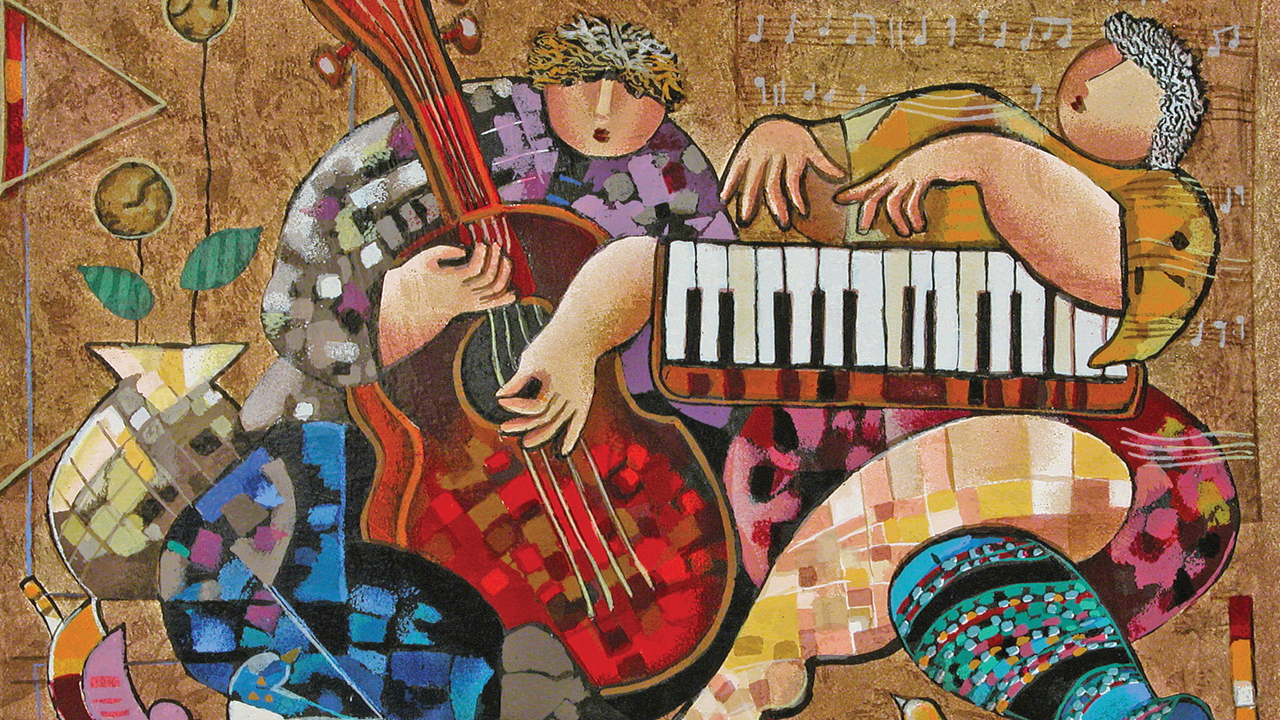