Revamped iPhone app lets you blow it: the shofar, that is

An updated application for the iPhone and iPod touch has arrived in time for the High Holy Days: iShofar, developed by 30-year-old Sunnyvale resident Adam Levy.

It allows users to simulate the sound of the shofar with a tilt of the device or a blow into the microphone. It’s available on the iTunes App Store for 99 cents, along with several other shofar-oriented applications.

Levy began learning how to develop apps for the iPhone in early 2009. He had noticed that many of the more popular apps were ones that simulated instruments or were holiday-oriented, but was disappointed with the app he found that simulated a shofar.

“It didn’t sound like a shofar,” he said. “I wanted to create a more realistic effect.”

The recordings for iShofar were done with the shofar Levy’s parents gave him for Chanukah when he was in high school.

The original iShofar, which was released a year ago, allowed the user to make different sounds by orienting the device a certain way and touching the screen. An update Levy made a few months ago added the option to blow into the microphone.

Levy is a contract iPhone developer, writing apps for other individuals and businesses, as well as for himself. He’s written around a dozen apps. So far, iShofar is his only Jewish app, but he’s thinking of writing more so he’ll be known for having a suite of Jewish apps.

“It’s hard enough that it’s a holiday-centered application, and it’s also a niche market,” Levy said. “If you’re looking for it to make a profit, it’s not that lucrative — but it’s nice to have to show off to other people.” 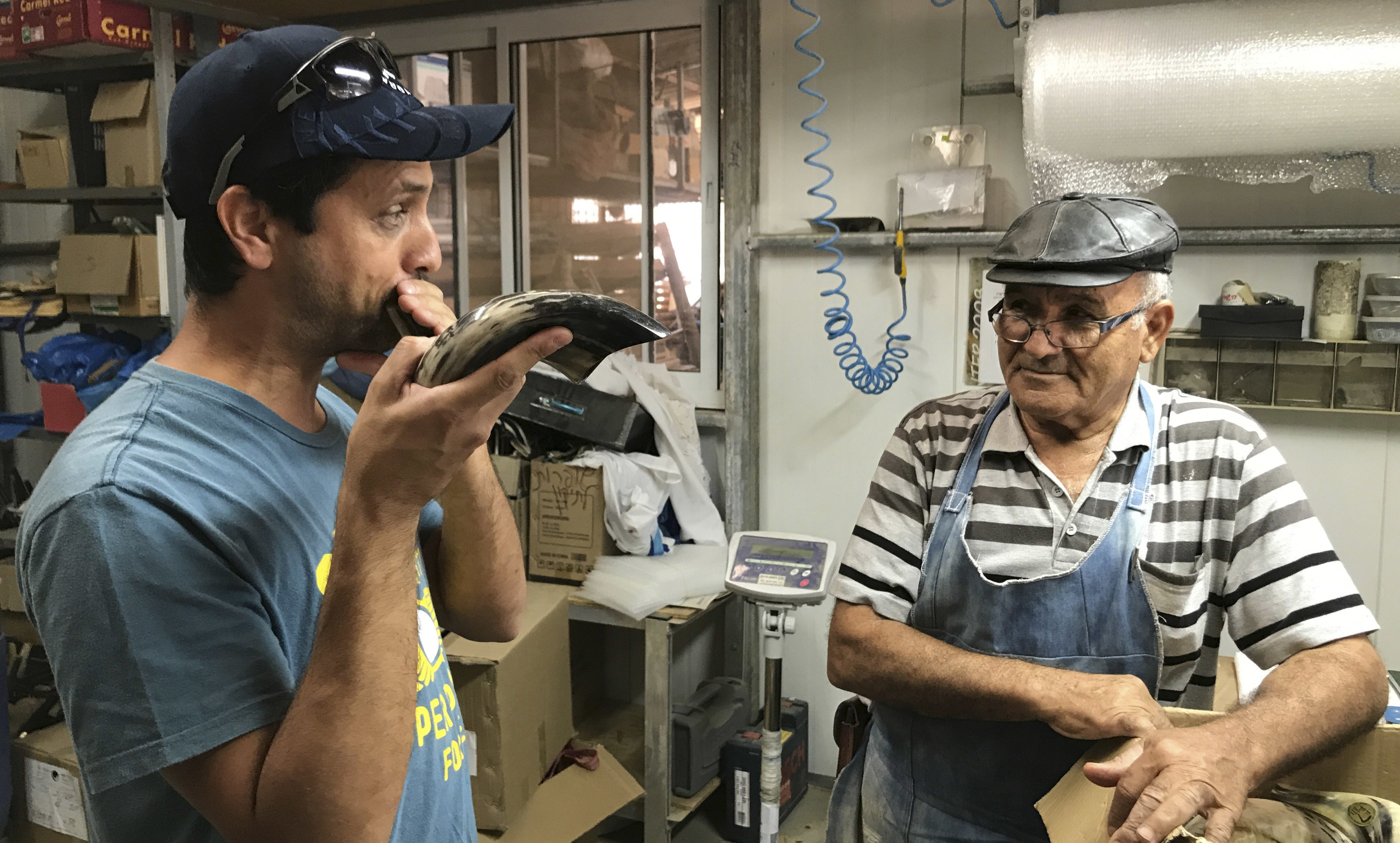