The place is the Warsaw Ghetto, the year 1942, and the black-and-white footage shows fashionably dressed men and women, with yellow Stars of David as accessories, having a high time at a champagne ball.

Later we see emaciated kids rooting through mounds of garbage and excrement for scraps of food.

The contradictory scenes are from “A Film Unfinished,” an unwitting collaboration between a Nazi propaganda crew and an Israeli filmmaker separated by nearly seven decades.

In May 1942, a German film crew in Wehrmacht uniforms arrived at the Warsaw Ghetto with somewhat vague orders to shoot a documentary on the many aspects of ghetto life in order to show the Jewish “folk” character. Each day a local SS commander, nicknamed the “Gold Pheasant,” would give the crew its assignments.

After 30 days the German crew disappeared. So did its footage — staged shots alternating with street scenes. It was never processed into a film or shown in Germany.

In 1954, four reels were discovered in a vault in East Berlin, left behind by the departing Soviet occupation troops. Filmmakers in subsequent years would extract some of the footage for their projects, showing only the scenes of misery, which became accepted as authentic depictions of ghetto life.

It wasn’t until 1998 that a British filmmaker searching for footage on the 1936 Berlin Olympics found two cans of film labeled “Das Ghetto.” On the reels were 30 minutes of outtakes.

In 2006, Yael Hersonski, an Israeli television editor and director whose grandmother was a Warsaw Ghetto survivor, started putting together the threads of the story.

“A Film Unfinished” has won major awards at the Sundance Festival, as well as other film festivals in Berlin, Canada and Jerusalem.

Hersonski was attracted to the project for two reasons: her interest in film archives as permanent witnesses to history and the sheer amazement at discovering the Warsaw Ghetto footage.

“After so many years as an Israeli citizen, bombarded with so many films and images that concerned the Jewish Holocaust, I was shocked that I didn’t know anything about this film,” she said.

Her staff scoured Israel, Poland, England and the United States for Warsaw Ghetto survivors who could recall seeing the German film crew at work. Of the nine that fit the bill, five were willing to watch and comment on the Nazi version of life in the ghetto.

In one scene, they saw eight young women kidnapped off the street and forced to enter a mikveh naked. The Germans, apparently fascinated by Jewish rituals, shot a circumcision, a wedding and the slaughter of chickens.

The crew didn’t have to stage the grimmer scenes: corpses of children and adults lying in the streets, carts piled high with naked skeletons.

For Hersonski, 34, this was the most difficult part of the project.

“After each session, I found myself physically numb and mentally knocked out,” she said. “I couldn’t even begin to imagine what the survivors themselves must have felt.”

Hersonski is not surprised that a few factual scenes, such as German soldiers stripping starving kids of some smuggled carrots, were included in the footage.

“Propaganda consists not merely of lies,” she said. “The most effective propaganda mixes the lies with a few kernels of truth.” 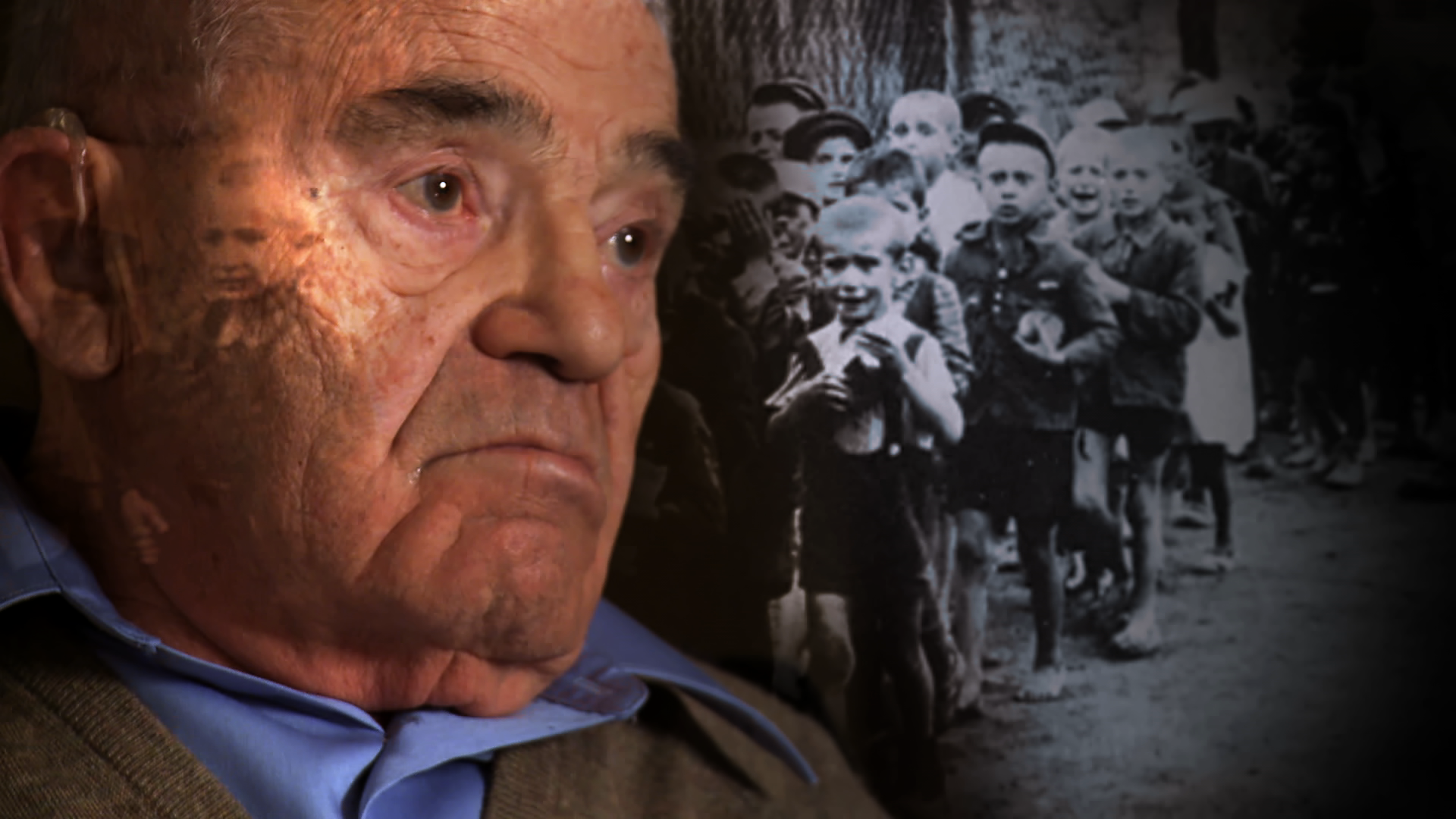