A mezuzah inside a cathedral: Landmark S.F. church to exhibit sacred Jewish art in its gallery

It’s fair to say that a church is an unlikely place to see an art exhibit, let alone one inspired by Jewish ritual objects.

But beginning Sunday, Oct. 17, visitors to Manresa Gallery, located inside the landmark St. Ignatius Church in San Francisco, will have that experience with the exhibit “Sacred Synergies.”

“People in San Francisco are seekers,” said Jewish artist and New York resident Tobi Kahn, who conceived the exhibition. “They are interested in what’s sacred and that interests me. People meditating and thinking about art — there’s something beautiful about that.”

The exhibit, which will run through Jan. 9, is a compilation of pieces from various Kahn gallery shows around the United States, such as at the Evansville Museum of Arts and Science (this year) and at the Museum of Biblical Art in New York City (last year).

This exhibit is composed of 21 pieces, including large-scale paintings on canvas; acrylic-on-wood ceremonial objects such as a Torah breastplate and mezuzah; and new works not displayed before, among them a 12-panel painting. Kahn’s wife, writer Nessa Rapoport, composed poetry to accompany some of the pieces.

“The centrality of beauty to holiness is not only authentic but essential to Jewish tradition,” Kahn said in a written piece about his work. “All those whose civilization bears a relationship to the Hebrew Bible share this bequest, but the making of art offers the provenance and vocabulary to exemplify it.”

This exhibit marks the first time Jewish ritual objects will be on display in the gallery at St. Ignatius, a grand, basilica-style church located on the USF campus. In conjunction with the exhibit, local clergy will give a Nov. 14 talk in the gallery on Jewish, Christian and Buddhist responses to art and healing.

Deeply influenced by his relationships with Judaism and the sacred, Kahn uses art to take up ideas of beauty in relation to the divine, and the horror and trauma the Holocaust left on his family.

“Art can help you get to a higher place,” Kahn said by phone from his studio in Long Island City, N.Y. “I am proud of my Jewish heritage, but there isn’t one way in life. There are many ways to meditate and feel, and I would love for my work to talk to as many people as possible.”

The Rev. Jim Blaettler is director of Manresa Gallery, which has a stated mission of showing exhibitions that invite fresh views about human and divine realities. When Blaettler decided to undertake an interfaith collaboration, he decided to seek out Kahn (whom he had met more than 10 years earlier through an art acquaintance) for this exhibit.

“Tobi’s art is mysterious, elusive and yet somehow accessible,” said Blaettler. “I see in his pieces this invitation to those who may have no idea or understanding of Jewish ceremonial objects to be enticed by their beauty and inquire more.”

The “synergies” component of Kahn’s exhibit refers to the  “symbolic conversation between the pieces” — the way energy and shapes flow from one object to another.

In addition, displaying Jewish objects in the alcoves of a Christian church “gives the space a sense of energy,” Blaettler said. “You have this dialogue that ricochets between his paintings, ritual objects, the church and its spiritual use.”

The “Sacred Synergies” exhibition has inspired the formation of a program for ninth- and 10th-graders that will use the arts as a platform for interfaith dialogue.

Interfaith Art Connection, a collaborative program put together by Congregation Emanu-El and St. Ignatius Church in conjunction with the upcoming exhibit, will give students an opportunity to explore one another’s places of worship and religious traditions. It will do this through viewing, engaging with and making art.

“This is for anyone interested in going beyond the comfort zone of their own faith to learn about a different one,” said Tamara Loewenstein, manager of the Manresa Gallery at St. Ignatius Church. “For students of interfaith families, this program might make a lot of sense.”

Interfaith Art Connection will be composed of four, mandatory sessions. Students  will participate in dialogues, create art and share their pieces.

The first meeting will be from 2 to 4:30 p.m. Oct. 24 at St. Ignatius Church; it will include tours of the “Sacred Synergies” exhibit and the church with the Rev. Jim Blaettler.

Next up on Nov. 7 will be a behind-the-scenes look at Congregation Emanu-El and the Elizabeth S. Fine Museum, led by Ariana Estoque, the synagogue’s director of adolescent education. The final two sessions will be visits to the Contemporary Jewish Museum and to St. Gregory’s of Nyssa Episcopal Church.

The cost is $36 per student, which covers all four sessions and snacks but not transportation. For more information or to sign up, contact Loewenstein at (415)846-1402 or [email protected] 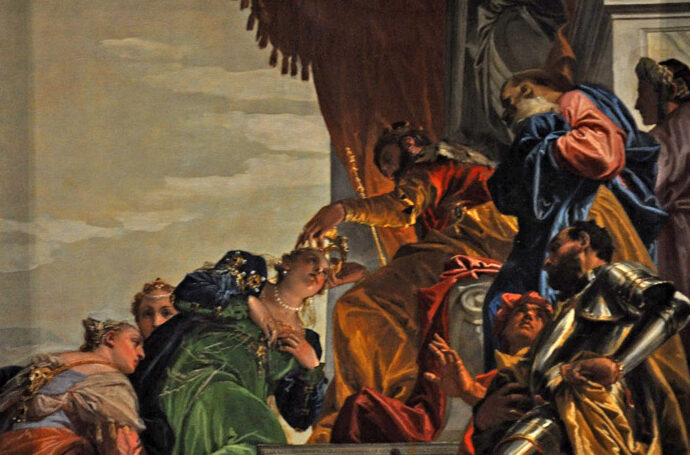