When her university became the epicenter of the Israel divestment movement, U.C. Berkeley sophomore Arielle Gabai remembers how she felt: scared and shocked.

During the spring semester earlier this year, a nonbinding student senate bill to have the university divest from Israel passed, only to be vetoed by the senate president.

Though the debate continued, the veto stood, and pro-Israel forces on campus won. But Gabai knew she could never again let herself be caught unprepared.

To that end, an organization Gabai works with, Stand WithUs, has launched a new website to help pro-Israel campus activists like her get ready. It’s a resource for combating boycott-divestment-sanctions efforts on campus.

As this year’s StandWithUs Emerson Fellow, 19-year-old Gabai plans to get the word out about the website, so Cal students — or students on any college campus — can fight back when the BDS crowd gets busy.

The Emerson Fellowship selects and trains students from 38 North American college campuses to run events that offer a positive message about Israel.

Gabai said everything on the website “looks useful. If divestment hits again we will be three times as prepared.”

“I wish we’d had a website like this to help us to cope,” she said, referring to last year’s Cal divestment controversy.

Roz Rothstein, the L.A.-based CEO of StandWithUs, said her organization created the website because “the other side was so equipped and prepared.”

“The campus should be a symbol of coexistence, a place where people can have thoughtful dialogue,” Rothstein said. “And with a  hostile [BDS] campaign meant to divide the campus around Israel, that can’t be the case.”

Interested students can go to www.standwithus.com/divestment, where they will be asked to fill out a form. After being vetted, students will receive a password and then have full access to the site, according to Rothstein.

“We have to be intelligent and create a network that will organize thoughtful campaigns to draw people,” Rothstein said. “We are outnumbered, so we have to be very smart.”

Gabai easily fits into that category. A graduate of L.A.’s Milken Community High School (a private Jewish academy), and now a pre-med student, she became involved in pro-Israel activity as soon as she arrived at Berkeley.

She joined the board of the Chabad Jewish Student Center, organized a campus group of fellow Jewish pre-med students, and volunteered for Cal’s highly visible pro-Israel student organization, Tikvah.

Gabai said that last year, neither she nor other active Jewish students saw the divestment resolution coming. They had three weeks to create a plan to fight the bill.

They received help from Melissa Solin, last year’s Emerson Fellow on campus. “Melissa was very involved and did an amazing job,” Gabai said.

That included taking it to the streets and taking it to the conference rooms of the student senate. Solin and Gabai bonded, with Solin ultimately recommending Gabai for the fellowship for the current academic year.

Organizers hope the new website will be part of the arsenal for pro-Israel college students like Gabai, though she believes the BDS movement may not gain much traction at U.C. Berkeley this year. But she’s ready for anything.

Rothstein believes pro-Israel students on today’s college campuses will have their work cut out for them. 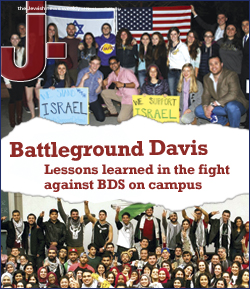 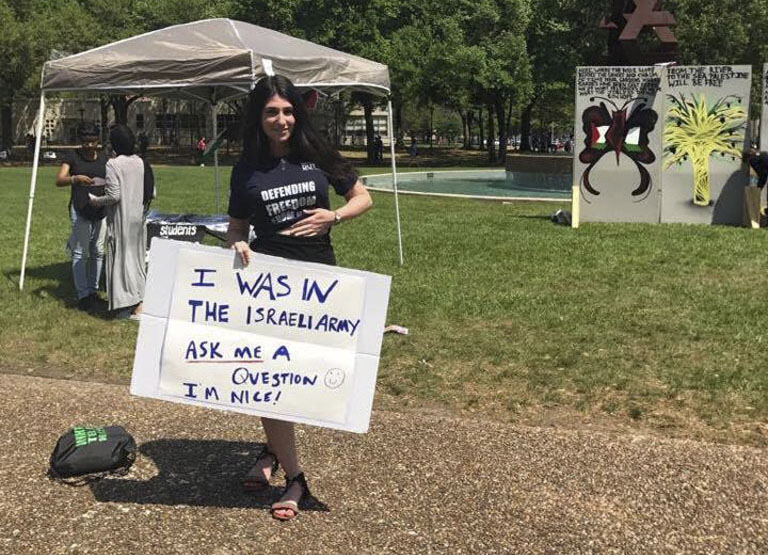