Tell your friends that you are traveling to southern Israel to tour some of the new boutique wineries that have opened in the Negev, and most of them will think you have already had too much to drink. The Negev, a semi-arid region that contains more than 60 percent of Israel’s land mass but less than 10 percent of its population, is a vast desert region that most tourists simply ignore.

On Route 40, which runs from Mitzpe Ramon in the south up to Beersheva (informally called the “Wine Route”), travelers can stop at more than 20 “ranches” that dot the region, including a number of exceptional small wineries, delicious goat cheese farms and historic sites that offer a glimpse of the great Nabatean cities that once followed the ancient spice route.

One of the wineries is run by former Bay Area resident Zvi Remak. You can find him at Kibbutz Sde Boker, which also houses the modest retirement home of Israel’s first prime minister, David Ben-Gurion, and a small museum.

Those who want to enjoy a glass of wine only have to stop by the visitors’ center at the entrance to the Ben-Gurion Museum, where winemaker Remak will happily offer tastes of one of his vintages, grown and fermented on the kibbutz.

Born in San Francisco, where his family belonged to Congregation Beth Sholom, Remak later moved to Marin County with his family, and attended Cal Poly Pomona. “I worked and studied at all of the great wineries in Napa Valley, learning about the business of winemaking,” he said. Remak moved to Israel in 1980 and now manages all aspects of the Sde Boker winery.

With less than eight inches of annual rainfall, farmers long thought that the region was too dry to sustain agriculture. But the altitude of the highlands creates a nearly perfect situation of hot, sunny days and cool, dry nights, explained Moshe Zohar of Nahal Boker Farm winery, just north of Sde Boker. “And the inhospitable weather means that the vines don’t suffer from the mold diseases or other insects,” he added.

Like most of the farmers in the region, Zohar uses state-of-the-art technologies while planting his vineyards between the ancient terraces that trap runoff water from winter rains. In addition to his winery, Zohar and his wife, Hilda, operate a bed and breakfast and hope to open a Negev wine cellar in the fall.

“The wineries in the Negev are all spread out. We want to give people a chance to taste the different wines in one central location,” he said.

Located next to the ruins of an ancient farm from the Middle Bronze period, the Kornmehl Goat Cheese Farm sits high on a hill with a 360-degree view across the desert. Anat and Daniel Kornmehl opened it in 1997 and maintain a herd of 100 goats, producing a variety of French gourmet kosher cheeses. They also operate a small dairy restaurant (not kosher) open from 10 a.m. to 6 p.m. Wednesday through Sunday.

“We were the first people to answer the call to create cottage industries in the Negev,” said Anat as she offered tastings of their eight different cheeses. “We picked this spot because it was clear that the area once sustained a farm and that it was a thriving area.”

Hannah and Eyal Izrael opened Carmey Avdat farm and winery in 1998, only a few miles away from Avdat National Park, a UNESCO World Heritage site that includes an original Byzantine wine press and remnants of a large, prosperous Nabatean city. The couple planted their modern vineyards along a natural wadi, a riverbed that is dry for most of the year. The verdant green path of the wadi flows up to a small complex of rustic buildings that include the winery, a gift shop selling local products and six cabins, each with its own small pool.

“If you take a room of Israeli wine experts and give them a blind taste test,” Hannah Izrael said, “they will always be able to identify the wines from the Negev. They have a very distinctive, fruity taste that sets them apart.”

Others in the area agree. “I was always a farmer but I had to learn to grow grapes in the desert,” said Erez Rota of Rota Winery, noting that the extremes in temperature provide the wine with its own personality. An environmental artist who has exhibited his works around the country, Rota has turned his farm into a personal “installation,” juxtaposing eclectic sculptures with native desert plants.

Beyond the quality wines, Isrotel’s new spa hotel in Mitzpe Ramon allows travelers to take their time exploring Israel’s last frontier. The Beresheet (“Genesis” or “The Beginning”) hotel is giving the entire region a boost.

Located on a cliff overlooking one of the Negev’s three spectacular natural erosion craters, the hotel was built as a “destination” resort and has been operating at capacity since it opened in April 2011. 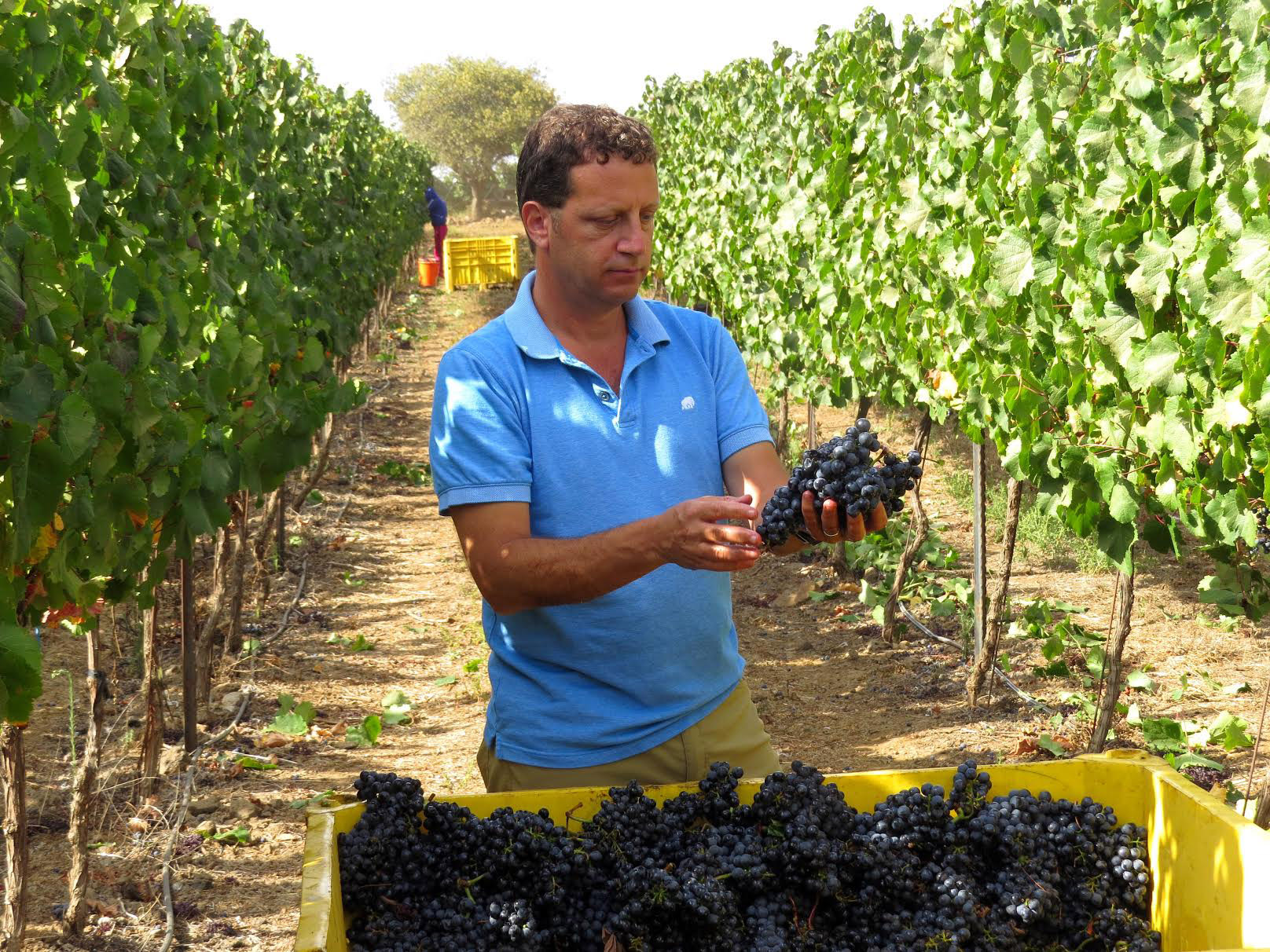