Cook: Pucker up – Tart, sweet grapefruit is a citrus wonder

Grapefruit has been on my mind since a recent road trip found me in a citrus grove farm stand sipping the best grapefruit juice I ever had. It was cold, almost slushy, and refreshingly tart on a hot day.

When I got home, I started learning more about the fruit and developing recipes that took advantage of its unique sweet and sour flavor. I learned that while the U.S. is the top grower of grapefruit, Israel is also an important resource and is the second-largest exporter of grapefruit in the world.

It was an Israeli scientist who found that eating a grapefruit (eshkoliyt in Hebrew) a day can help lower triglyceride levels. The researcher, Dr. Shela Gorinstein, found red grapefruit most effective. Grapefruit does interact with some medications, so you may want to check with your doctor before prescribing yourself a grapefruit.

Specimens of this citrus hybrid once known as the “forbidden fruit” vary in tartness, so adjust sweeteners to taste. Choose a firm fruit without soft or brown spots that seems heavy for its size.

2 medium-large red or pink grapefruit (about 12 oz. each)

Preheat broiler. Cut each grapefruit in half at its middle. Use grapefruit or paring knife to loosen around each segment. Put preserves in a small pan with jalapeño, ginger and salt. Cook over low heat for 2-3 minutes, stirring frequently until preserves have softened and ingredients are well mixed.

Spoon apricot mixture evenly across top of the four grapefruit halves and spread so cut surfaces are covered. Sprinkle with brown sugar if desired. Place on broiler-safe tray and broil, watching closely until top is lightly browned and bubbly, 3-5 minutes.

Heat grill or broiler. Remove chicken from marinade and grill or broil until done, turning occasionally. Top each portion with a quarter of the grapefruit-fennel-olive mixture. Sprinkle with remaining minced fennel as a garnish.

Note: Fennel fronds are the extremely thin, bright green leaves growing off the green stalks attached to the fennel bulb.

Faith Kramer is a Bay Area food writer. Her columns alternate with those of Louise Fiszer. She blogs at www.clickblogappetit.com. Contact her at [email protected] 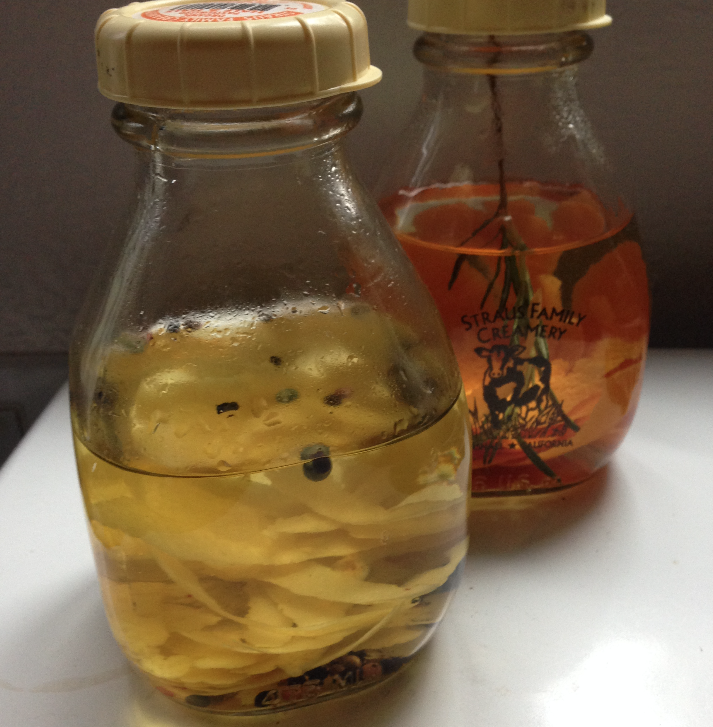