Parenting for the Perplexed: Teaching toddlers about tzedakah

Rachel Biale, MSW, is a Berkeley-based parenting consultant who has been working with parents of very young children for more than 25 years. Send questions through her Facebook page: Parenting Counseling by Rachel Biale or via rachelbiale@gmail.com.


Friday mornings at our preschool begin with passing around the tzedakah box. Often children forget to bring money. I just say, “Hopefully you’ll remember next week.”

Recently a boy had some coins in his pocket and offered one to each child who had forgotten to bring tzedakah. Following this, I came to school with a pocketful of pennies — enough for five per child. When we passed around the tzedakah box, one boy held his five pennies tightly and would not put them in. He was adamant! He said he needed them for his college fund.

The other children were shocked. I was sure he would change his mind, but he continued to insist the pennies were now his. Later he dropped them in the midst of playing, so I put them in the tzedakah box.

Was there another way to handle this? And, more broadly, how do we encourage the development of generosity in young children? E.R., preschool teacher

Dear E.R.: This is a perfect illustration of the complexity of teaching and modeling altruism to young children! Here are the three core components:

• The value of money

• Generalized altruism toward “those who need our help.”

The value of money: You could see from your preschooler’s insistence the money is for his college fund that he hears discussions of money and saving at home, but he has no concept of real finances (five cents vs. the cost of college). Young children only begin to grasp the value of money (up to $10-$20) at school-age, and of larger amounts — certainly college costs — only in their teens. Teaching the value of spending wisely and saving is important but only effective through their parents’ long-term modeling. Preschoolers understand that the shiny copper and silver disks have some kind of magical power, but that’s about it. If you really want them to understand saving for the future, start with concrete things, such as “Let’s save half the cupcake for the afternoon,” or “How about saving some Play-Doh for tomorrow?”

Child-to-child generosity: The “nature vs. nurture” debate about the development of altruism in children is a hot topic, requiring more room than we have here. Jean Piaget held that only in the last “formal operational stage” (ages 11-16 and older), with the development of abstract reasoning, could a child comprehend altruism and act on it autonomously. Newer research has identified “spontaneous altruism” in toddlers, chimpanzees and even rats.

All this pertains to the immediate world of the child — her family and peers — and this is the altruism to foster now. Thus, when the first boy offered his extra pennies, rather than telling him what a nice thing he had done, I’d ask his peers what they thought. Their appreciation would go much further in inculcating the emotional rewards of generosity. Because money is so abstract, the best ways to encourage child-to-child altruism are through giving and sharing of “real” things like toys, treats or special time with a teacher. Read more about this at www.apa.org/monitor/dec06/kids.aspx.

General altruism toward “those in the world who need our help”: This level of altruism requires abstract thinking — an ability to imagine and care about people we don’t know, and to comprehend the value of money. As I said, preschoolers possess neither. So, have your preschool “adopt” an organization that serves people or animals in your community: a homeless shelter, animal rescue or local park. Consider that kids relate more easily to abandoned animals than to abstract “poor” people. Have the kids collect toys, books, clothes or pet treats, or plant flowers. They understand the value of these from their own daily lives.

Still, you do want to teach tzedakah as a Jewish practice. So keep the tzedakah box out, but realize it provides learning by imitation and rote, not by deep experience. To teach altruism to preschoolers, think “outside the box.” 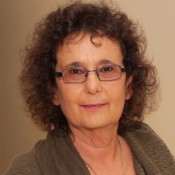 Rachel Biale was born and raised on Kibbutz Kfar Ruppin in Israel and worked for many years as a Jewish community professional in the Bay Area.